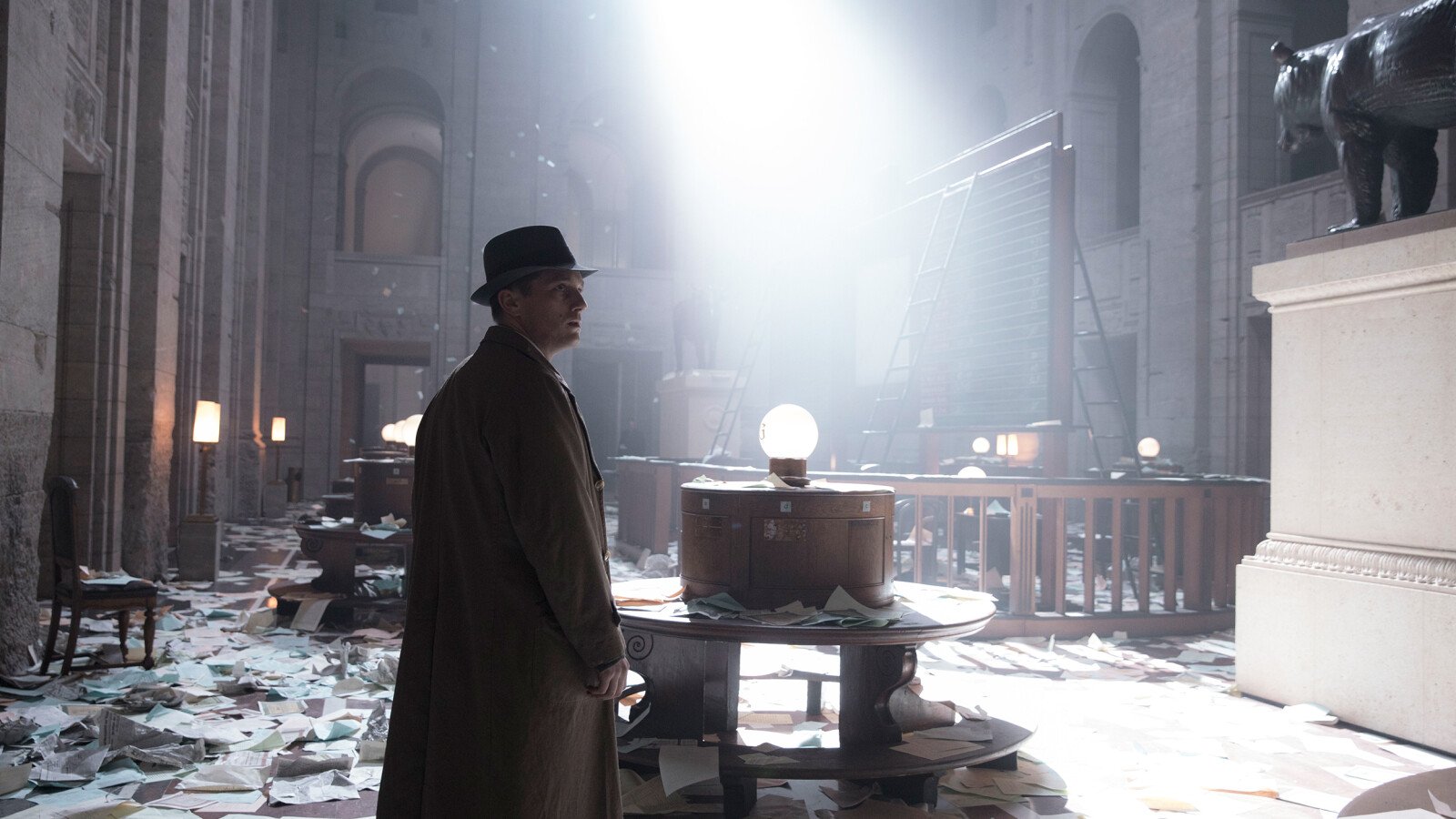 The most expensive German TV series ever produced, Babylon Berlin: Season 1-3 (Germany) is Weimar noir, a detective drama turned conspiracy thriller set against the backdrop of decadence and poverty and corruption in 1929 Berlin just before the Nazi party rode the swell of nationalism to power. Think Cabaret meets L.A. Confidential as produced by Ufa, recreating a cultural moment that is about to implode.

Gereon Rath (Volker Bruch), a cop from Cologne with the Berlin vice squad, is a World War I vet who covers his shellshock tremors with black market morphine. He’s a tarnished hero, on a covert mission to track down a pornography ring blackmailing a politician back home, but then pretty much everyone has shadows over them. Part-time secretary Charlotte (Liv Lisa Fries) supplements her day work with night shifts in the basement bordello of the art deco nightclub Moka Efti and Gereon’s senior partner Bruno (Peter Kurth), a veteran of the force, isn’t above a little blackmail.

The show is lavish, yes, with the budget put to recreating the glamour and the squalor of the era, from a May Day protest turned riot to a beautifully staged train heist. I was hooked from the first episode but when it pulled out all stops for a supercharged production number in the second episode, defining the Berlin cabaret culture where rich and poor rub shoulders and dance with delirious frenzy, I was all in. This was cinematic TV.

But the spectacle is in service to a damnably compelling story. It’s adapted from the detective novels of Volker Kutscher by Tom Tykwer, who shares writing, producing, and directing credit with collaborators Henk Handloegten and Achim von Borries, with a busy, complicated web of secrets and conspiracies and shaky alliances. A deadly cargo of poison gas is smuggled into the city and Gereon tracks a conspiracy involving a Trotskyite communist splinter cell, a right wing cabal of Prussian military officers and industrialists, German gangsters, a Russian spy with a double life as a nightclub drag superstar (Severija Janusauskaite), and a fortune in smuggled gold.

Trying to keep the threads straight can be tough but Tykwer and friends deftly sidestep clichés (you won’t see a Nazi uniform until the second season is practically over) and the characters carry us through. Charlotte, the sole breadwinner in a family of slovenly leeches, aspires to be the department’s first female detective. Bruno’s practical opportunism is balanced by personal loyalty, making him unpredictable but never capricious. And Gereon, haunted by war and carrying a torch for the wife his brother (officially “missing in action” but presumed dead), is no boy scout. Confounding twists in the first eight-episode run start winding together in the back half of the show but are even more satisfying as revelations of character. Actions really do tell us who these people are, and they are compelling.

The first story was told across 16 episodes and split into two seasons on Netflix. The third season tackles a new mystery, a murder on the set of a wildly expressionist musical shooting at Babelsburg Film Studio, over 12 episodes and takes us up to the stock market crash of 1929 (no spoiler; it’s right there in the prologue, followed by the note “Six months earlier”). Charlotte is now in training with the detective, battling a chauvinist system with only Gereon in her corner. Meanwhile the underworld milieu glimpsed in the first mystery is expanded here as a power struggle sets the gangs against one another, and an uneasy partnership for two in particular (Misel Maticevic and Ronald Zehrfeld). It’s the rise of another gang that is more ominous: the National Socialists, who are treated as little more than pawns by power brokers with no concept of what they are unleashing.

Film buffs will have a ball with “Demons of Passion,” the completely fictionalized movie in production, a bizarre musical with a twist of psychotherapy and sets that look like they’ve been repurposed from The Cabinet of Dr. Caligari. The mysterious killer, running across the catwalks and rooftops of the studio under a black cloak with a metal mask, could be The Phantom of the Opera come to life, and the investigation uncovers occultists, robots, corrupt cops, and a radio prophet with an opaque endgame.

A fourth season is in production.