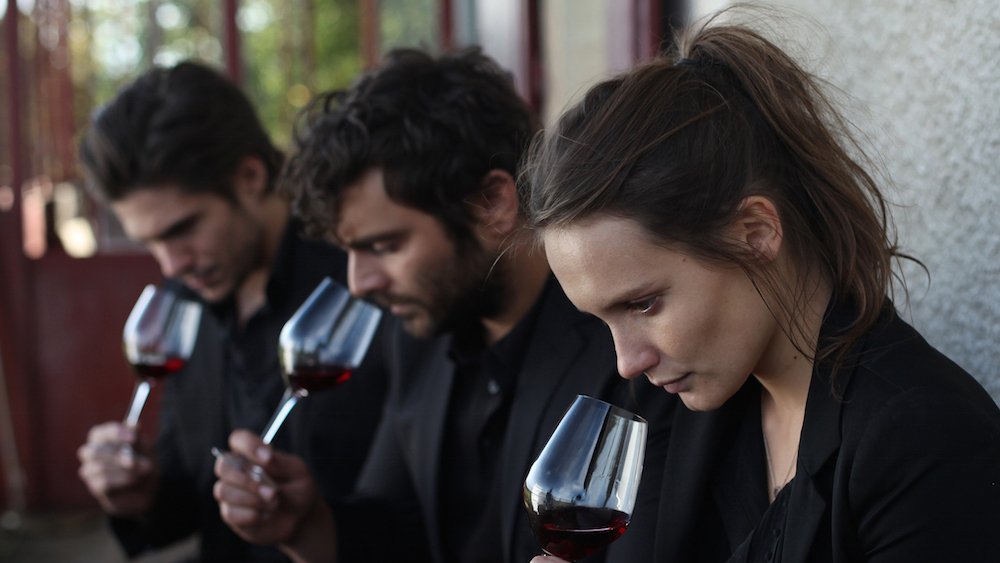 Back to Burgundy (France, 2017), the sweet and sentimental drama by French filmmaker Cédric Klapisch, is in many ways a gorgeous travelogue of the winemaking life through the seasons of a family vineyard set against the gentle melodrama of three siblings who inherit their father’s legacy along with a big inheritance bill.

Jean (Pio Marmaï), the eldest, is the prodigal son returned from Australia (where he runs a vineyard with the mother of his child) after ten years and he wants to sell it all. Sister Juliette (Ana Girardot), who took over as heir apparent to their father’s management of the business, wants to keep it but she is unsure of her own ability to rise to the challenge of being the boss. Jeremie (François Civil), the youngest, has married into a rival wine family with a bigger business and a track record of safe, uncomplicated vintages with mass appeal. All three have decisions to make about their own futures but the film is just as much about the activity of a vineyard through the seasons, beginning with one harvest and ending a year later on the next, with documentary detail and imagery that at times recalls the work of the impressionists.

The family drama is more idealized than nuanced and the narrative crisis that leads to so much anxiety—how to pay the tax bill without compromising the vineyard—is rather too easily solved in the end, but their mutual support and affection, as well as their devotion to the land and the family legacy of winemaking, gives the film the warmth and the robust body of a fine vintage. There are no villains here. This is a film about the bonds of family and a celebration of the culture of making wine set against the beauty of France’s Burgundy region.

, iTunes, GooglePlay and/or other services. Availability may vary by service.
Back To Burgundy [DVD]

The DVD from Music Box Films includes three featurettes (each about six minutes, with subtitles), 43 minutes of deleted scenes, and a blooper reel. You can watch them individually or straight through as a single 68-minute program.