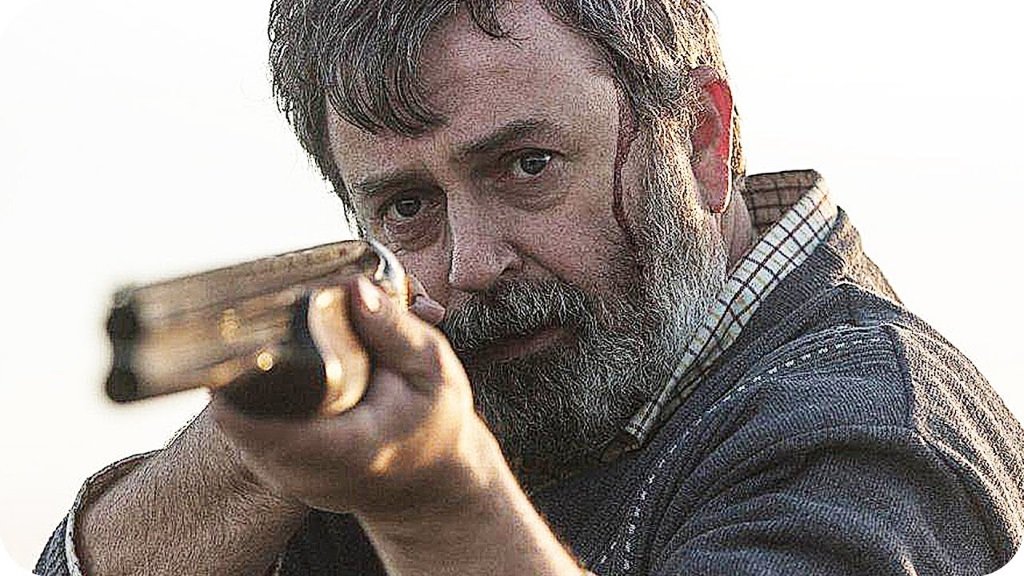 Bad Day for the Cut (2017) – Donal (Nigel O’Neill), a single, middle-aged farmer in rural Ireland, lives in a perpetual holding pattern: still living at home with his elderly ma, he runs his spread by day, kills evenings over a pint at the town tavern, and does a little mechanical work on the side. Then his life is upended when he mother is killed in what appears to be a home invasion gone wrong, and when he’s ambushed by a pair of bumbling killers he’s stirred into action. He has no idea why he and his ma have been targeted by the Belfast mob and he wants answers. And revenge.

This lean, violent thriller from the UK has a dark undercurrent of humor to the story of an otherwise mild-mannered farmer and weekend hunter who turns out to be surprisingly resourceful as he stumbles his way through a gang of human traffickers and leaves a trail of bodies on his way up the criminal ladder. Susan Lynch plays the cold-blooded crime boss with a long-standing grudge. It turns out Donal’s innocent old ma wasn’t quite as innocent as he had been led to believe.

O’Neill is quite good as a frustrated rural everyman whose dreams of breaking out of his provincial life, even if just for a wee break, are upended by this violent backlash from his mother’s hidden past, and Józef Pawlowski becomes increasingly sympathetic as Bartosz, a Polish immigrant whose sister is held hostage by the gang.

Their survival through the violent clashes depends on more than a little luck but director and co-writer Chris Baugh, making his feature debut, makes it work thanks to strong performances and clean, direct storytelling. The violence is brutal and practical—Donal is just trying to survive a situation he’s clearly not prepared for—but not particularly explicit. And Baugh doesn’t belabor the irony that our hero’s mission of revenge simply continues the cycle of vengeance that began with his mother. He simply lets the reverberations hang over the film as it circles back around. The film debuted at Sundance and had a brief theatrical release in 2017.

Not rated, features foul language, brutal violence, and gory imagery. Also, you may want to flick on the English subtitles; the dialects get a little thick at times.

, iTunes, GooglePlay and/or other services. Availability may vary by service.
Bad Day for the Cut [Blu-ray]

On DVD and Blu-ray from Well Go with no supplements, but there are optional English subtitles, which is useful when the dialects get a little thick.