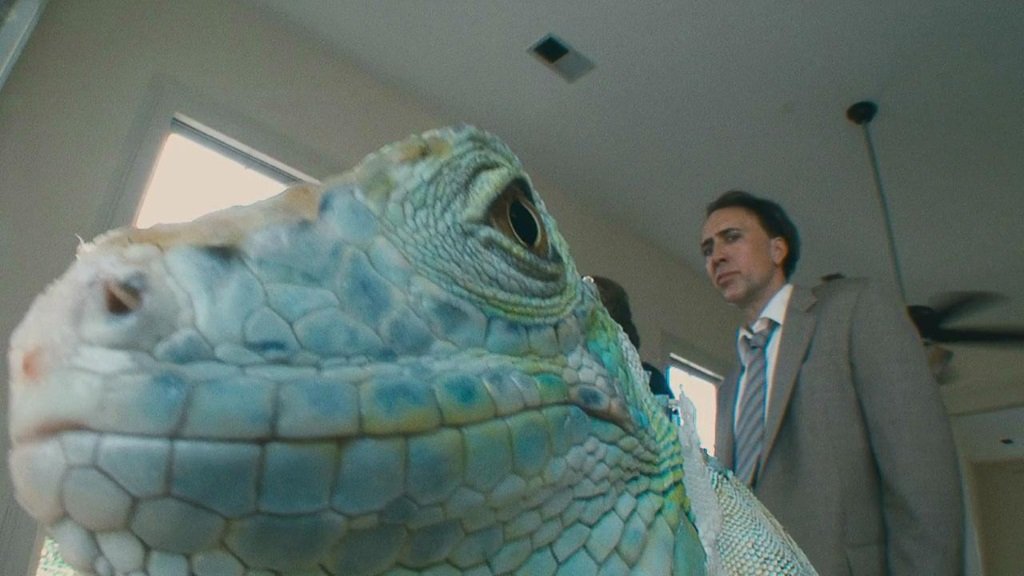 Neither remake nor sequel in any conventional sense of the terms, Werner Herzog’s Bad Lieutenant: Port Of Call New Orleans (2009) takes the basic premise out of the Abel Ferrara universe of guilt and redemption and drops it into post-Katrina New Orleans and the Herzog world of indifferent and unforgiving nature. It really is a jungle out there and it invades the film, sometimes literally (an alligator killed in a road accident) and sometimes through his drug-fueled visions.

Nicolas Cage delivers a mesmerizingly unhinged performance as the film’s Herzogian madman, in this case a cop on a binge of drugs, alcohol, petty crimes, and hallucinatory visions. His crazed energy is as confounding as it is compelling, rising and falling with his level of stimulant and adrenaline, barking out lines and bugging out his eyes with maniacal intensity, then slumping into a glazed-over numbness until his next hit.

Herzog was a director-for-hire on a project he didn’t initiate, a rarity for this passion project filmmaker, and he morphed the script from a pseudo-remake into a surreal reinvention. And if there is any kind of redemption to be found here, it’s nothing like Ferrara’s conception of it. The resulting film is strange and vivid, rarely coherent but perversely fascinating and, for all of its chaos, supremely alive.

Val Kilmer co-stars as Cage’s partner, Eva Mendes is his hooker girlfriend, and Herzog favorite Brad Dourif is his bookie.

The DVD and Blu-ray releases from First Look both feature the half-hour documentary “The Making of Bad Lieutenant: Port Of Call New Orleans,” which is the very definition of a behind-the-scene peak: no interviews, no voice over, just video snapshots of Herzog and company at work in different locations (with a few candid comments) followed by a clip of the finished scene. Also includes a sizable “Digital Photography Book” of publicity stills and set photos taken by Lena Herzog, which look startlingly good on Blu-ray.