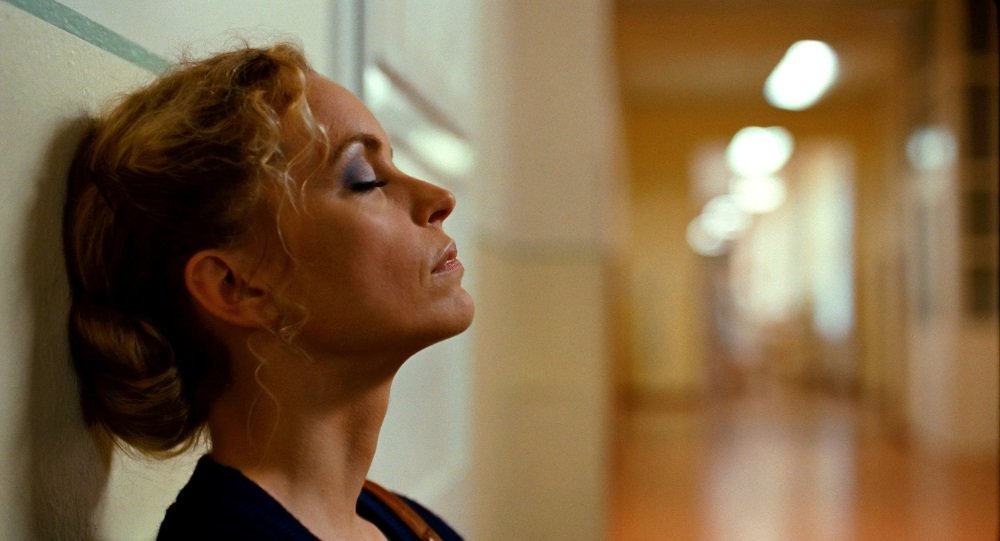 Barbara (2012), directed by Christian Petzold, stars Nina Hoss as a doctor from East Berlin who has been banished to a nowhere village in rural East Germany for carrying on an affair with a man from West Germany.

You have to piece together the time and place from the details (this is before The Wall came down and the secret police keep up a campaign of harassment on Barbara) and where there’s a rough, stormy beauty to this seaside village, it’s also something of a prison without walls, which is not lost on this inmate. Hoss is all wrapped up anger and emotional distance as Barbara, which the others in the hospital take as urban arrogance except for the teddy bear-ish doctor (Ronald Zehrfeld) who has accepted his exile with something approaching peace.

The critique of the GRD culture committed to breaking the spirits of mavericks and rebels and would-be dissidents is secondary to the human story of Barbara’s quiet revolution, a fight against a dehumanizing system that takes a not-unexpected turn that is still so satisfying.

Petzold reunited with his stars, Hoss and Zehrfeld, for Phoenix [reviewed on Stream On Demand here], one of the best films of 2015. Barbara shows that this team is a formidable creative force.

Winner of the top prize at the 2012 Berlin Film Festival and best film at the German Film Awards.