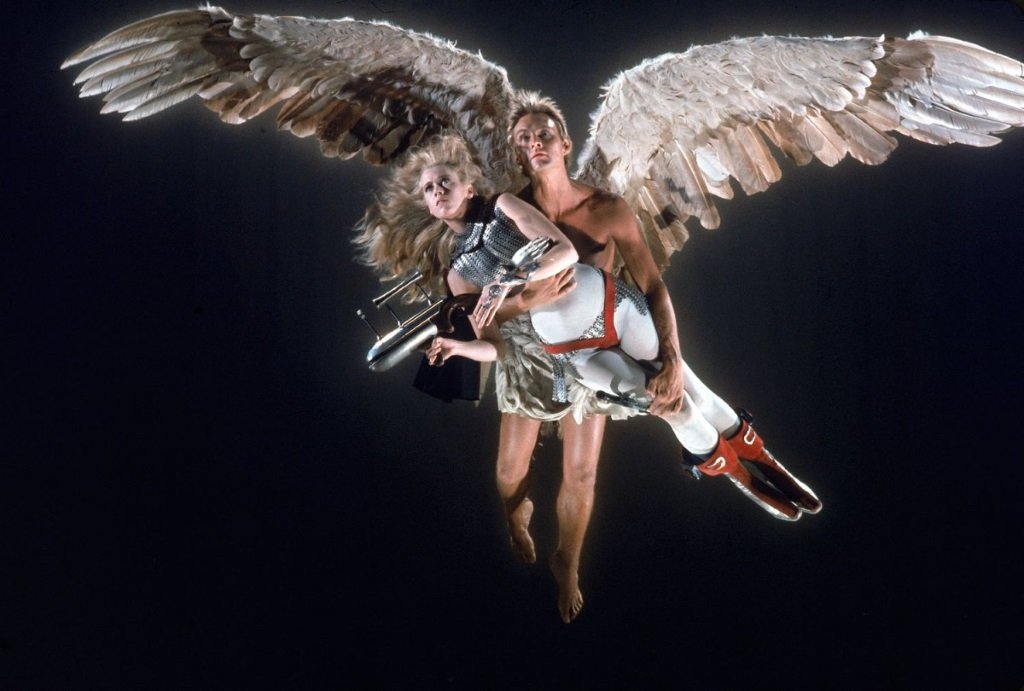 Jane Fonda is the shagadelic space-age heroine, a galaxy-hopping agent and adventuress ready to make love and war with equal fervor, and she opens the film with a teasing zero-gravity strip tease just barely obscured by the credits. The rest of the film, an odyssey to rescue a missing scientist and his newly-developed weapon, mixes Flash Gordon and the Marquis de Sade with director Roger Vadim’s love of undressing beautiful women on the screen. It’s psychedelic fantasy posing as science fiction with Fonda (who was married to Vadim at the time) as an innocent who embraces sex without self-consciousness and approaches every situation with a wide-eyed naïveté.

This is pure adolescent fantasy, like a pulp paperback cover populated by Hugh Hefner’s stable of playmates, and somehow it still manages to remain PG! Vadim’s fantastic imagery is still retro-cool, a triumph of set design and wild color over story and character, but his special effects have all the sophistication of a fifties B-movie in fetish gear and pop-art color.

John Phillip Law shows off his physique as a blind, blond angel, Anita Pallenberg (her voice dubbed by the purring Joan Greenwood) is the sadistic Black Queen, and David Hemmings, Milo O’Shea, and Marcel Marceau co-star.

Rated PG, believe it or not.

, iTunes, GooglePlay and/or other services. Availability may vary by service.
Barbarella [Blu-ray]

On Blu-ray and DVD with no supplements beyond the trailer