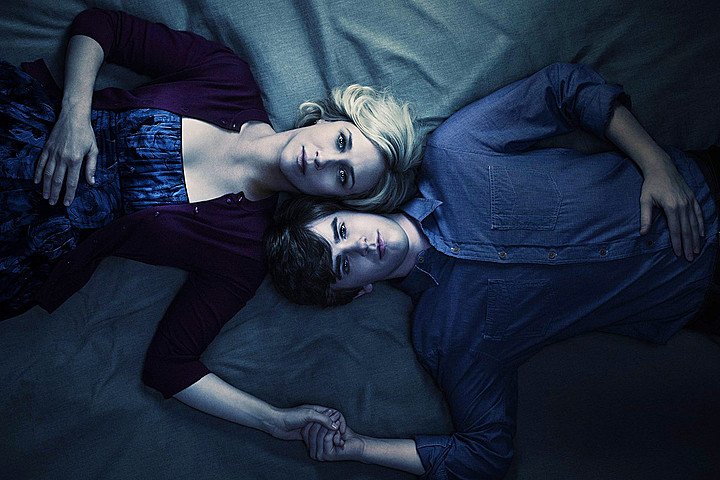 The “prequel” story to Psycho, about the teenage Norman Bates (Freddie Highmore) and his mother Norma (Vera Farmiga), takes Norman from awkward high school boy to psychologically troubled kid with murderous blackouts and hallucinations that blossoms into a full-blown split personality. Along the way we get to see the dark underside of their small coastal town, which resembles a rural Oregon version of the Sons of Anarchy world of drug dealing and gun running, a culture that attracts the attention of the FBI. Even the attempt of Norman’s half-brother Max (Dylan Massett) to get into the legal weed business gets tangled in the politics of local crime, and this season adds a sinister club for the town elite located in the deep woods (this one seems to channel Twin Peaks) that Sheriff Romero (Nestor Carobonell) takes on when they target Norma.

The show’s producers go their own way with the story, which is ostensibly based on Robert Bloch’s novel but clearly inspired by Hitchcock’s movie. For all the criminal complications, the focus is on the psychology of the characters, from a clingy and jealous Norman uncomfortably intimate with his mother to Norma’s manic personality, impulsive and needy in one scene, maternal and protective in the next. They are a fascinating pair, both as characters and as performers. Highmore, who was the boy who inspired Peter Pan in Finding Neverland and the plucky poor boy ushered into the confectionary wonderland of Charlie and the Chocolate Factory, plays off that guileless, innocent image to suggest the unnerving impulses turning the shy boy into a killer, while Farmiga is simply brilliant as the frazzled, desperate mother with the best intentions and the worst instincts. Their push/pull dynamic gives the show its tension and its spark.

All 10 episodes of the third season now available. Season 4 begins in March on A&E.