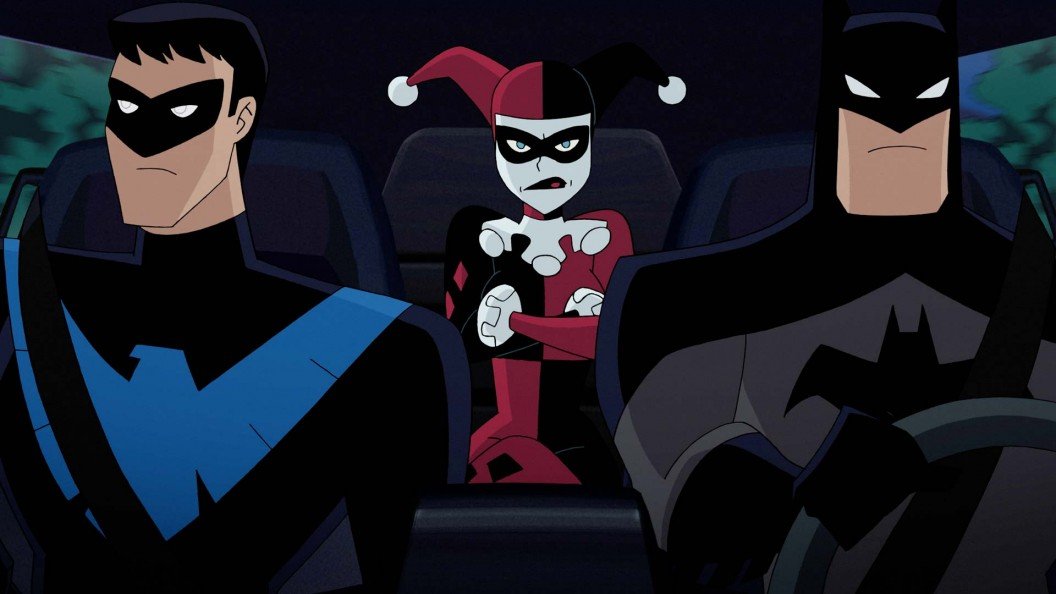 Created for the 1990s Batman: The Animated Series as devoted henchwoman to The Joker and supporting comic relief, Harley became a fan favorite and was eventually adopted into the comic book universe, where she was given a tragic backstory.

The 74-minute direct-to-video feature offers more sides to the character, who has finally broken free of the Joker’s sway and wants to steer clear of the costumed culture now that she’s served her time (what is it with supervillains constantly getting released after nominal sentences in the comic book universe?). Then she’s recruited by Batman and Nightwing (Dick Grayson’s superhero identity after retiring as Robin) to stop her old friend and sometime partner in crime Poison Ivy from unleashing a plot that threatens all life on Earth. She agrees to help in part out of affection for Poison Ivy and in part to let her wild side free again. And she is something of a wild child, following up an alley fight with Nightwing with a little PG-13-rated hanky panky.

Melissa Rauch (of The Big Bang Theory) voices Harley and iconic voice actors Kevin Conroy and Loren Lester (of the original Batman: The Animated Series) are reunited as Batman and Nightwing, while Paget Brewster voices Poison Ivy. The Floronic Man and Sarge Steel also appear in the story, along with a brief appearance by Swamp Thing.

Unlike most of the animated DCU features, this is an original story by Bruce Timm, who launched the animated incarnation of the DCU in the 1990s and continues to oversee the animated TV shows and direct-to-video features. It takes a lighter, more whimsical approach to the material (there are fart jokes) along with a rather saucy sense of humor and cheeky sexual innuendo.

Sam Lui directs from an original story by Bruce Timm.

The DVD and Blu-ray includes the featurettes “The Harley Effect” (on the history and evolution of the character) and “Loren Lester: In His Own Voice,” two bonus cartoons featuring Harley Quinn, and a sneak preview of the next DCU Animated Movie, Batman: Gotham by Gaslight, based on the graphic novel. The Blu-ray edition also includes bonus DVD and UltraViolet digital HD copy of the series.