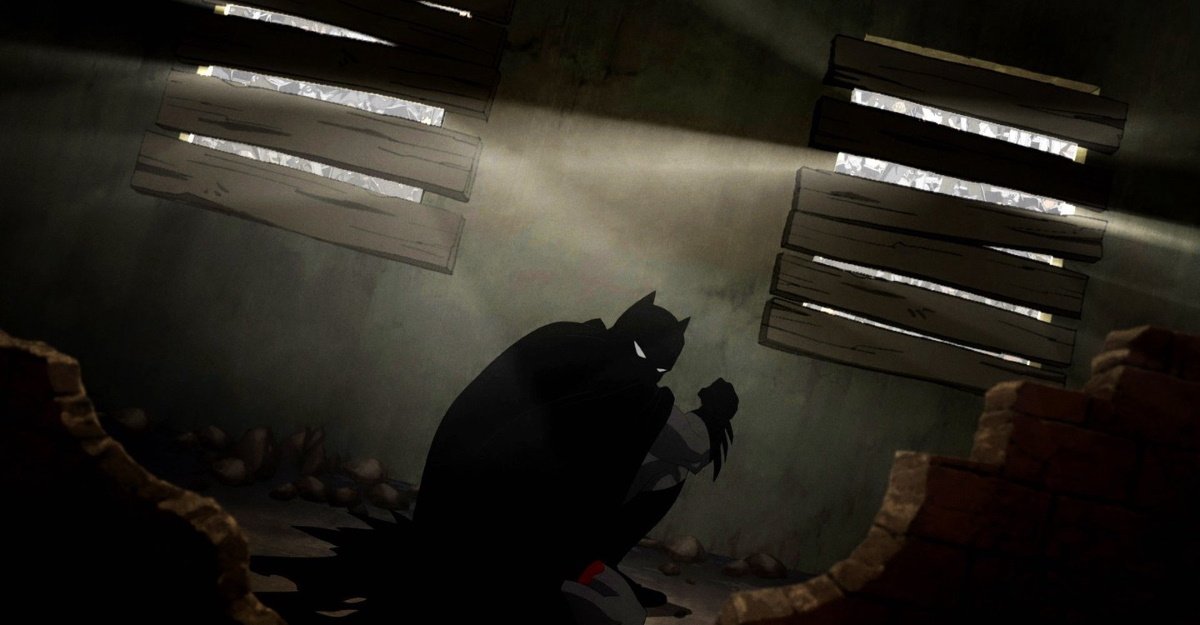 The big screen DCU is having a hard time creating its own self-contained movie universe in the manner of Marvel. Meanwhile the far more modestly mounted DC Universe Original Animated Movies are surprisingly good, especially given the limitations of their resources. These budget-minded direct-to-DVD films translate graphic novels and memorable comic-book runs into animated incarnations efficiently, at times stylishly and generally true to their source material.

Batman: Year One (2011) is my vote for their best work (at least as of this writing). It’s also based on one of the best “Batman” stories of past decades: Frank Miller’s revision of the early days of Batman and Jim Gordon (before he became police commissioner). It was also a major influence on Christopher Nolan’s live action “Batman” movies.

Animation aside, this isn’t a Batman cartoon. Like the comic, the story is told in slivers of action marked by the passing dates of the calendar and framed by the diary-like voice-overs of the parallel protagonists.

Bryan Cranston (Breaking Bad) voices Gordon, the lone honest cop on the thoroughly corrupt Gotham City police force, and brings a world-weary, conflicted quality to the man risking not just his career but his family to follow his moral compass, which nonetheless spins askew under the pressure. Ben McKenzie, however, tries too hard to give Bruce Wayne/Batman, the fledgling hero learning his trade on the streets, a sense of gravitas through a pose of stoicism and ends up simply flat and one-dimensional. Eliza Dushku comes in as colorful support as Selena Kyle, aka Catwoman, born of the same struggle out of the Gotham cesspool.

For a story constructed out of choppy slices, I think it is the most unified of the DC animated features. The stripped-down art and composition suggests the graphic quality of David Mazzucheli’s original art (though without the rich texture) and honors the parallel storytelling of the original work. It preserves the diary-like structure to build, piece by piece, a portrait of two heroes (and one aspiring villain) from revealing moments. While it never tips in to R-territory, these PG-13 productions are for the same audiences as Miller’s graphic novels are. This is not the Cartoon Network. This is for fans of Batman and graphic novels.

The DVD features a bonus “Catwoman” short with Dushku purring her way to star billing. Also pretty much for mature audiences — she poses as a stripper to take down a diamond smuggler — but never tips into R-rated territory. There’s also a sneak peak at the next DC Universe Original Animated Movie: “Justice League: Doom.”

The two-disc DVD also includes a 23-minute featurette on the evolution of Batman from the dark origins to campy kid stuff and back to the Dark Knight, promo pieces on previous animated originals and two bonus “Batman” cartoons from the Bruce Timm series featuring Catwoman. Exclusive to the Blu-ray+DVD Combo is commentary by co-director Sam Liu, co-producer Alan Burnett, Mike Carlin from DC Comics and voice director Andrea Romano, an 40-minute interview featurette with the film’s creative team and DC writer Denny O’Neil (largely responsible for bringing Batman back from camp to the moody Dark Knight in the seventies) and “Batman: Year One, Chapter 1” Digital Comic Book.