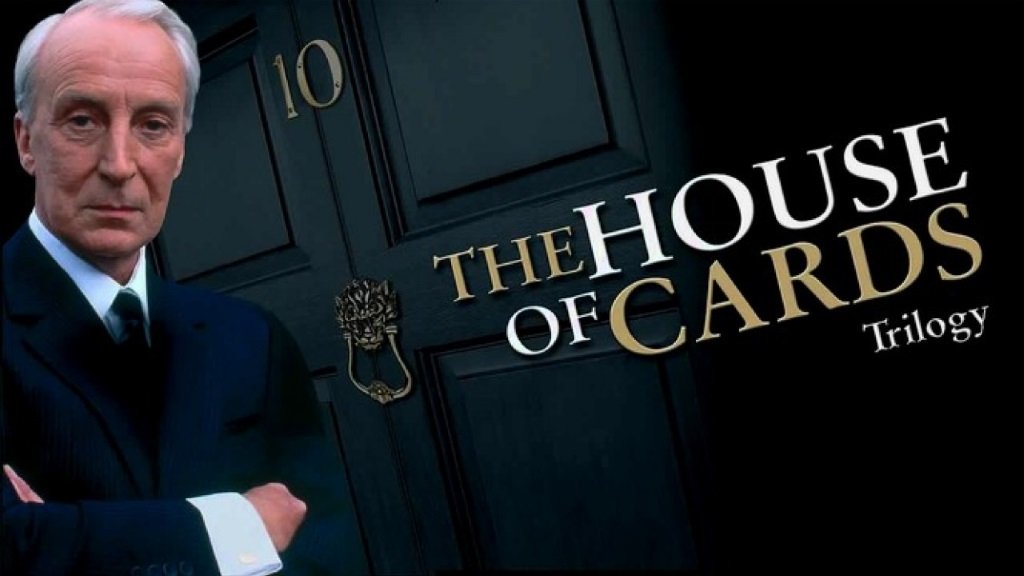 The original The House of Cards Trilogy, a series of BBC mini-series produced in the 1990s, stars Ian Richardson as Francis Urqhart (F.U. to his friends), the Machiavellian Chief Whip of Britain’s conservative party and the most seductively ruthless politician you’ve ever had the pleasure to watch claw his way to the top (over the corpses of his rivals).

In House of Cards (1990), he declares war on everyone who stands in way to power, using deceit, blackmail, murder, and even a lovely young journalist (Susannah Harker) until she becomes a liability to him. Having reached the pinnacle of power in To Play the King (1994), he takes on an idealistic monarch (Michael Kitchen) who uses his symbolic office to curb Urqhart’s power and corrupt abuse of it. And just as he’s ready to retire with his reputation and his fortune assured, he finds himself the pawn in another political game in The Final Cut (1995), the juicy conclusion to the rocket rise and fitting fall of the most despicably fascinating political devil to worm his way into the halls of power.

Richardson turns to the camera for intimate asides that make us not just privy to his maneuverings, but practically accessories to his crimes, in this ferociously cynical satire on the inner workings of party politics that drips venom from every hard smile.

It was adapted from the Michael Dobbs novels by Andrew Davies, Britain’s premiere writer of smart, elegant television drama in the 1990s, and presented in a series of three BBC mini-series. It originally played in the U.S. on Masterpiece Theatre and was adapted for American politics in the Netflix series of the same name with Kevin Spacey as the ruthlessly ambitious southern senator Francis Underwood (still an F.U. to everyone). The American version kept the asides the camera but went its own way with the premise. The original has a satisfying focus and a laser-sighted savagery and is wickedly satisfying.

It won an Emmy Award for the screenplay by Andrew Davies and a BAFTA for Ian Richardson’s performance.

Add to Amazon Prime Watchlist or to My List on BritBox or watch for free on Hoopla, which is available through most public and college library systems.

, iTunes, GooglePlay and/or other services. Availability may vary by service.
House of Cards Trilogy: The Original UK Series [Blu-ray]

The Blu-ray and DVD editions feature commentary on episode one of each series with writer Andrew Davies and star Ian Richardson, an interview with Davies on the controversy in Britain over the second series, To Play the King, and the featurette “Westminster Behind Closed Doors with Tony Benn.”