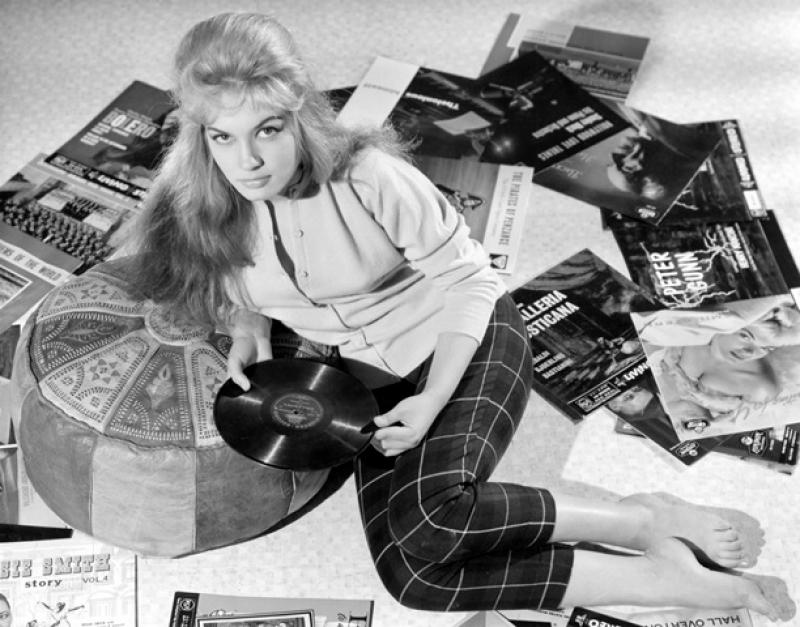 Teen films have never been the same since James Dean’s desperate rebellion. The irony is that most of the films in its wake really don’t have a cause.

Not so with Beat Girl (1960), an edgy little British picture about lost youth turning to music, alcohol, violence and dangerous dares, just so they don’t end up like their parents. Jennifer (pouty teen sex kitten Gillian Hills, looking very much a British Brigitte Bardot), Beat Girl herself, is no riot grrrl but a bohemian wannabe caught between a stifling life of affluence and the allure of Soho’s seedy underbelly. When her self-obsessed father (David Farrar) brings home a sexy French bride (Noëlle Adam), this JD “Elektra” kicks into high melodrama and Jennifer plunges herself into the films symbolic hell—a sleazy stripclub managed by a lecherous Christopher Lee—to destroy her stepmother.

Beat Girl is no Rebel Without A Cause; it has neither the power nor the grace of Ray’s masterpiece, and Hinds’ blank expression (lost only in the frenzy of dancing or rush of danger) can’t match Dean’s inarticulate pain. But veteran French filmmaker Edmund T. Gréville, a craftsman of the old school, brings an unexpected, edgy grit to the low budget picture, injecting the callow clichés of lost youth with a nervous energy and a genuine sense of desperation. John Barry’s growling score gives the film a rumbling undercurrent and the cheap, claustrophobic sets (often hiding in darkness) only enhances the sleazy atmosphere.

There’s dangerous games of ‘chicken,’ raucous parties, and senseless destruction, sex and violence in this London underground of coffee shops and art school hangouts, beatniks and teddy boys. The mix of teenage desperation, pre-Beatles rock and roll music, and lurid sensationalism (complete with teasing nudity in the strip club) creates strange hybrid: a teen exploitation film with a film noir soul. Co-star Adam Faith sings a couple of songs and Oliver Reed appears in a few scenes as a drugged up, funked-out teddy boy. It was retitled Wild For Kicks in the U.S. and some editions can still be found under that name.

, iTunes, GooglePlay and/or other services. Availability may vary by service.
Beat Girl [DVD]