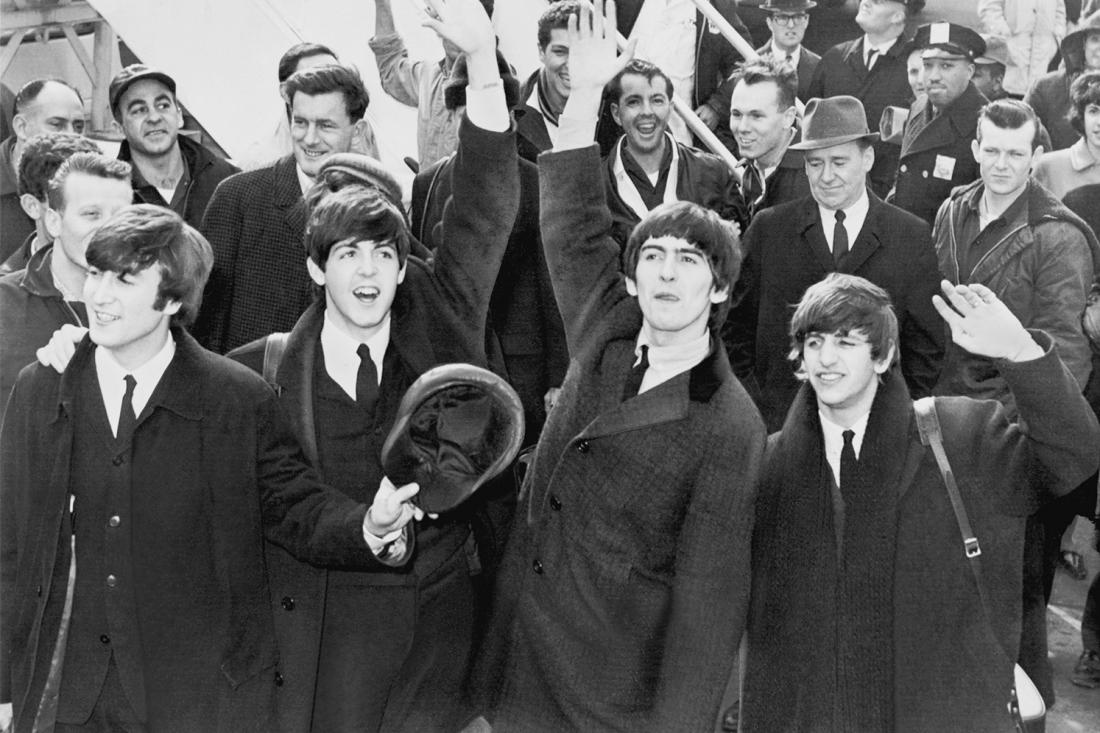 Do we need another documentary on The Beatles? Yes, they are music legends, rock royalty, and a popular culture phenomenon, and they have been duly studied, appreciated, dissected, and celebrated practically from the moment they set foot on American soil. Is there anything left to say?

Ron Howard’s The Beatles: Eight Days a Week – The Touring Years (2016) hasn’t much new to add apart from perspective but that makes all the difference. The title is a ungainly but accurate. After sketching in the birth of the band, it follows the familiar career arc from club favorites to pop hitmakers to sophisticated songsmiths pushing the boundaries of our conception of rock and roll in “Sgt. Pepper’s Lonely Hearts Club Band,” which (apart from a fitting coda) is where this study ends. The focus, however, is on their non-stop activity from their first chart success to their last live concert.

As their popularity grew, they could no longer play concert halls and thus launched the first rock and roll stadium tour with club-era amps utterly incapable to filling a sports arena even without the constant screams. “We were playing crap,” confesses Lennon. They were a circus act rather than a musical group and it simply wasn’t fun anymore. There are familiar snippets of newsreel and TV footage and clips from Maysles Bros. 1964 cinema vérité portrait What’s Happening! The Beatles in America but it’s the footage of the band in concert that is most revealing. Remember that adorable way they would put the lead singer on one microphone and have the back-up lean in on a shared second mike? It’s like a signature that they used all the way through their final tour, complete with smiles and glances like they were sharing an in-joke.

Howard leaves the third act out of the story—other films have thoroughly covered the conflicts, creative and personal, that broke the band up—and views their success in terms of how it impacted their lives in practical terms. When they weren’t touring—which, thanks to the standard recording contracts of the era, was how the band made most of its income in this stage of their career—they were in the recording studio, appearing on TV, doing press conferences and radio appearances, and making movies (only two, sadly). The only time that they had to write songs was on the road (it’s not like they could leave their hotel rooms).

It’s also about something that most documentaries miss: the brotherhood of four Liverpool lads who pulled together because there was no one else to count on after becoming international superstars. They had one another’s back and they made their decisions as a group: unanimity or nothing. It’s what Richard Lester picked up on while making A Hard Day’s Night (1964), the fictional day-in-the-life comedy that comes closer than any documentary at capturing the zeitgeist of Beatlemania, the fishbowl of fame, and the camaraderie they developed to survive it. That is what defines Howard’s portrait. “I suddenly had three brothers,” says Ringo Starr in one of the new interviews, and Paul McCartney (interviewed separately) concurs. (George Harrison is represented in archival film interviews and John Lennon in audio clips.) The Beatles were constantly photographed and Howard leans on candid shots, the boys horsing around in hotel rooms or holing up in a bathroom to work out a song, to capture that brotherhood.

It’s what makes this, if not an essential documentary, then at least a solid addition to the collection. Larry Kane, a Miami radio newsman invited to accompany the band in its second tour, was initially a reluctant part of the entourage who bonded with the boys. He got a first-hand view of their life on the road and their camaraderie and he brings a perspective we don’t usually get in new interviews.

The contemporary interviews of witnesses to Beatlemania—among them Sigourney Weaver and Elvis Costello—aren’t as interesting but Whoopi Goldberg’s remembrance of attending their Shea Stadium show as a teenager is as illuminating as anything. A young African American girl in New York City, she didn’t see them as a white band. In her words, they were colorless. Listening to their matter-of-fact comments on the segregated venues of the South, you wonder if they felt the same. The Beatles loved American R&B artists and covered songs by Chuck Berry, Larry Williams, Arthur Alexander, The Shirelles, Little Richard, and others, but did you know that, on their second American tour, they put a clause in their contract that they would not play segregated shows? Their 1964 show at the Jacksonville Gator Bowl was the venue’s first ever integrated event. For the four British lads, it wasn’t a statement. It was simply the right thing to do.

Not rated, fine for all ages.