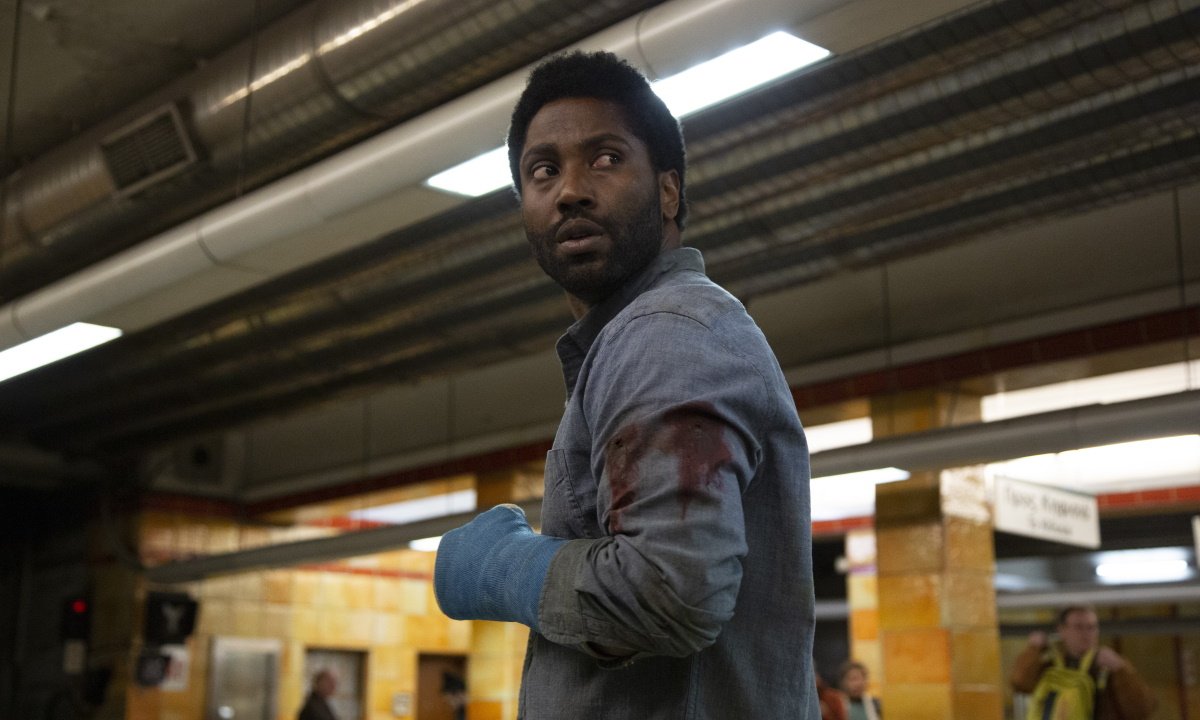 The limited series “Brand New Cherry Flavor“ (TV-MA) follows the surreal odyssey of a filmmaker (Rosa Salazar) who tries to break into Hollywood in the early 1990s and becomes tangled up with a modern witch (Catherine Keener) and a reality rocked by vengeance, magic, and the most bizarre curses imaginable. Adapted from the novel by Todd Grimson and developed by Nick Antosca (creator of “Channel Zero”). (Netflix)

A teenage girl (Emilia Jones), the sole hearing member of a deaf family, discovers a gift for singing in “CODA“ (2021, PG-13) and is confronted with a choice to follow her passion or stay to help her family. The indie drama won four awards at the Sundance Film Festival. (Apple TV+)

The award-winning documentary “Homeroom“ (2021, TV-MA) follows the Oakland High School class of 2020 as the pandemic complicates an already challenging senior year. It debuts along with “The Waiting Room“ (2012, not rated) and “The Force“ (2017, not rated), completing a trilogy of films by Peter Nicks that looks at relationship between health care, criminal justice, and education in Oakland. (Hulu)

“Reservation Dogs: Season 1“ (TV-MA), a comedy about four Indigenous teenagers in rural Oklahoma who turn to petty crime, is co-created and produced by Taika Waititi. Every writer, director, and series regular on the show is Indigenous. Two episodes available, new episodes on Tuesdays. (FX on Hulu)

Based on the Marvel comic book, the animated anthology series “What If…?: Season 1“ (TV-14) features actors from the live action MCU films voicing their characters in alternate reality stories. The first episode looks at what if Sharon Carter received the super soldier serum that turned Steve Rogers into Captain America. New episodes on Wednesdays (Disney+)

A retired hairdresser (Udo Kier) escapes his nursing home for one last adventure to fulfill the dying wish of a former client in “Swan Song“ (2021, not rated). Jennifer Coolidge, Linda Evans, and Michael Urie costar in the offbeat odyssey. Also new:

The documentary “Misha and the Wolves“ (2021, PG-13) takes on the incredible—and discredited—story of a young girl during the Holocaust to explore how and why we fall victim to hoaxes, and how we react when the truth comes out.

The five-part docuseries “Untold“ (TV-MA) explores unusual tales from the world of professional sports. The first, “Malice at the Palace,” looks at the infamous 2004 brawl at the Pacers-Pistons NBA game, and its fallout and lasting legacy. New documentaries arrive each week.

“Bake Squad: Season 1“ (TV-G) is the latest addition to the baking competition series.

International TV: “Gone for Good“ (France, TV-MA, with subtitles), a limited series crime thriller based on a novel by Harlan Coben, follows a man (Finnegan Oldfield) who plunges into a mystery when his girlfriend goes missing ten years after losing the two people he loved most. Also new:

Animation: “Monster Hunter: Legends of the Guild“ (2021, TV-PG) is a fantasy based on a video game.

“Evangelion: 3.0+1.01 Thrice Upon A Time“ (2021, Japan, TV-MA), the fourth and final installment of Hideaki Anno’s post-apocalyptic anime franchise, was a box office smash in Japan.

True stories: “Not Quite Hollywood“ (2009, R), Mark Hartley’s survey of Australian exploitation cinema, is one of the most entertaining and affectionate documentaries about cinema that you’ll ever find.

Episodes of the new network TV reboot of “Fantasy Island“ (TV-14) and the eighth season of the comedy “Brooklyn Nine-Nine“ (TV-MA) stream a day after their respective network debuts.

Originally produced for the short-lived DC Universe streaming service, the third season of the DC superhero series “Titans“ (TV-MA), featuring a team of young adult heroes, begins on HBO Max, which is also home to the first two seasons. New episodes on Thursdays.

“Hard Knocks: The Dallas Cowboys“ (TV-14) is the sixteenth season of the nonfiction sports series.

The brutal murder of a young girl in Copenhagen launches and investigation that leads to City Hall in “The Killing (Forbrydelsen)“ (Denmark, 2007-2012, TV-MA, with subtitles). The series was remade in the U.S. but this is the first time the original has been available to American viewers. The first season is now streaming, the second and third seasons roll out in subsequent weeks through August.

Host Andy Cohen takes on romance, relationships, and sex with a variety of adult singles in the reality series “Ex-Rated: Season 1“ (not rated). Also new:

The second season of the animated “Star Trek: Lower Decks“ (TV-14) is continues the stories of the other Starfleet crew members.

The cult sketch comedy from Canada “The Kids in the Hall“ (1988-1995, TV-PG) comes to AMC+, with the first season now available and subsequent seasons arriving every Monday.

Based on a true story, the limited series crime drama “The Hunt for a Killer” (Sweden, not rated, with subtitles) follows the years-long hunt for a child murderer. (Sundance Now / AMC+)

“Moone Boy: Complete Series“ (2012-2015, TV-14), created by and starring Chris O’Dowd, is a quirky comedy about a young boy and his imaginary friend. Also new is the British cult science fiction series “Blake’s 7: Complete Series“ (1978-1981, not rated) from Terry Nation (creator of the Daleks in “Doctor Who”).