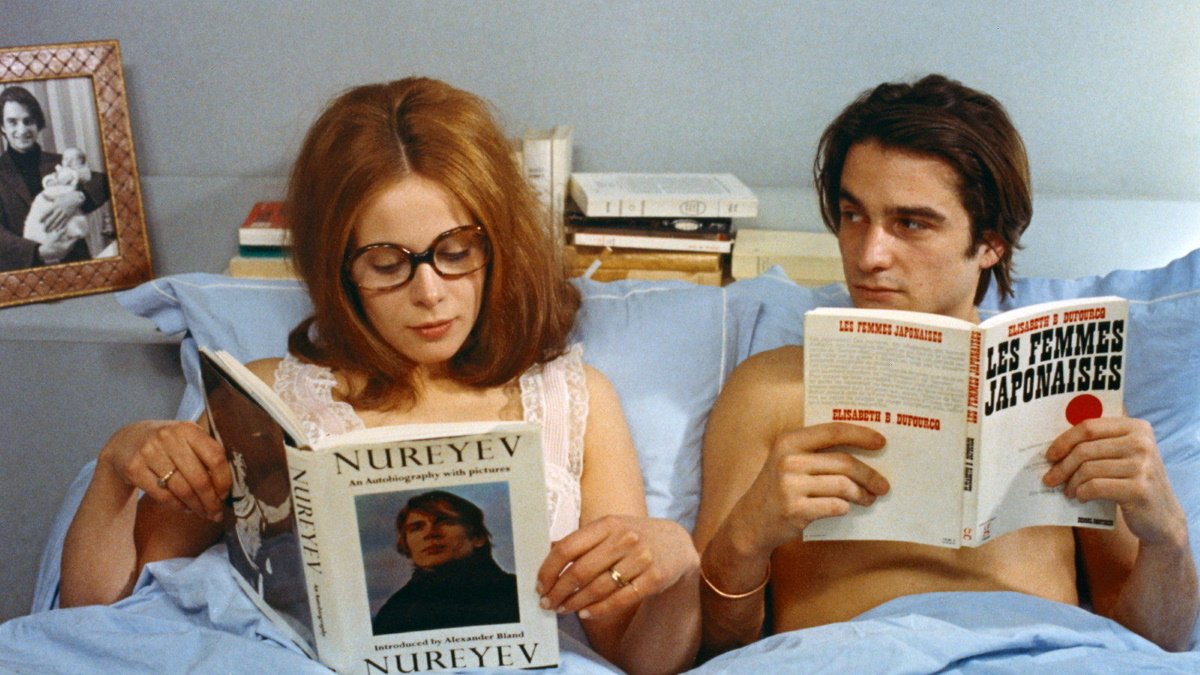 When his experiments in the florist trade burn his bouquets to a smoky black ruin he decides it time for another trade and lands a job sending radio-controlled toy boats around a miniature harbor mock-up. It’s about that time he learns of his impending fatherhood but he throws a monkey wrench into his new happiness when he becomes obsessed with the beautiful young Japanese woman Kyoko (Hiroku Berghauer).

Truffaut enlivens Doinel’s courtyard apartment with the bustle and business of neighbors, creating a warm sense of community reminiscent of the works of Jean Renoir, and he pays homage to comic auteur Jacques Tati in meticulously constructed comic bits and a hilarious cameo by Tati’s famous character M. Hulot. But he also leavens the giddy screwball kookiness of the previous film, Stolen Kisses, with a less forgiving disposition to Antoine’s passionate irresponsibility and emotional impulsiveness.

In one of Truffaut’s finest moments ever, he plays out a conversation between the separated but still in love couple with a hard-earned sense of reflective maturity: “I love you,” she confesses, “but I don’t want to see you.” It’s a comedy with serious edges as Truffaut decides it’s time for Antoine to grow up.

Also on Blu-ray and DVD and on SVOD through Amazon Video, iTunes, GooglePlay, Vudu and/or other services. Availability may vary by service.
Bed and Board (Fox Lorber) [DVD]
The Adventures of Antoine Doinel (The 400 Blows / Antoine & Collette / Stolen Kisses / Bed & Board / Love on the Run) (The Criterion Collection) [DVD]