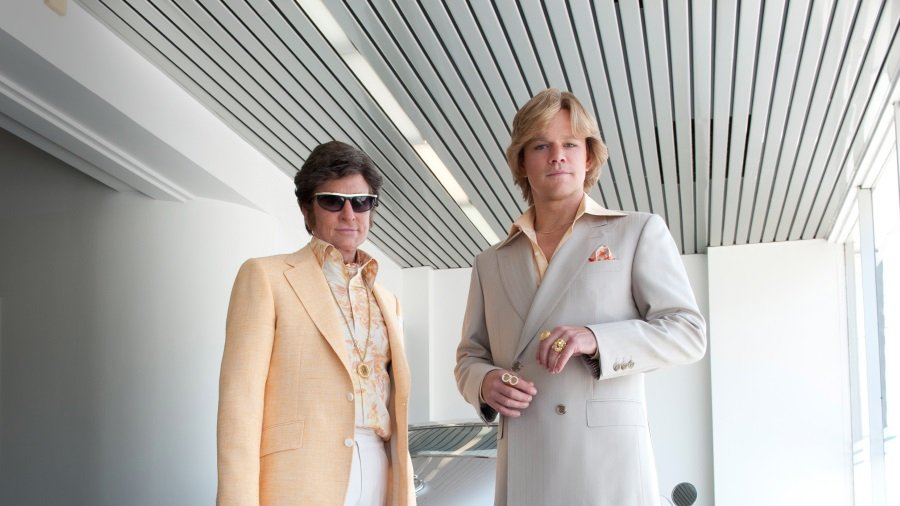 Steven Soderbergh’s Behind the Candelabra (2013) made its world premiere at Cannes and its American debut on the small screen. A passion project of Soderbergh’s for over a decade, it was finally made for HBO on a limited budget when all the studios passed on the project (“They basically said it was too gay,” explained Soderbergh in interviews).

Based on the tell-all memoir by Scott Thorson, Liberace’s live-in lover and boy-toy (and, creepily enough, his adopted son) for five years, the film covers those years—during which Thorson, under pressure from Liberace, underwent plastic surgery to remake his face in Liberace’s image—with Matt Damon as Thorson and Michael Douglas as Liberace (“Call me Lee”).

There’s definitely an edge of camp to the excesses of Liberace’s glitzy palace-like Las Vegas mansion and his flamboyant wardrobe on and off the stage—not to mention the savvy casting of Rob Lowe as a plastic surgeon with an unnaturally enhanced face that can barely change expression—but there’s no winking to the audience in the performances or in Soderbergh’s direction of their intimate scenes. Soderbergh and screenwriter Richard LaGravenese are more interested in the people behind the pose than in ridiculing Liberace’s persona. Their sex life and Thorson’s addictions are only part of the story of a complicated love affair tangled up in lust, obsession, control, and vanity.

It won 11 Emmy Awards, including outstanding mini-series, director, and lead actor (Douglas, who beat out his co-star Damon, also nominated).