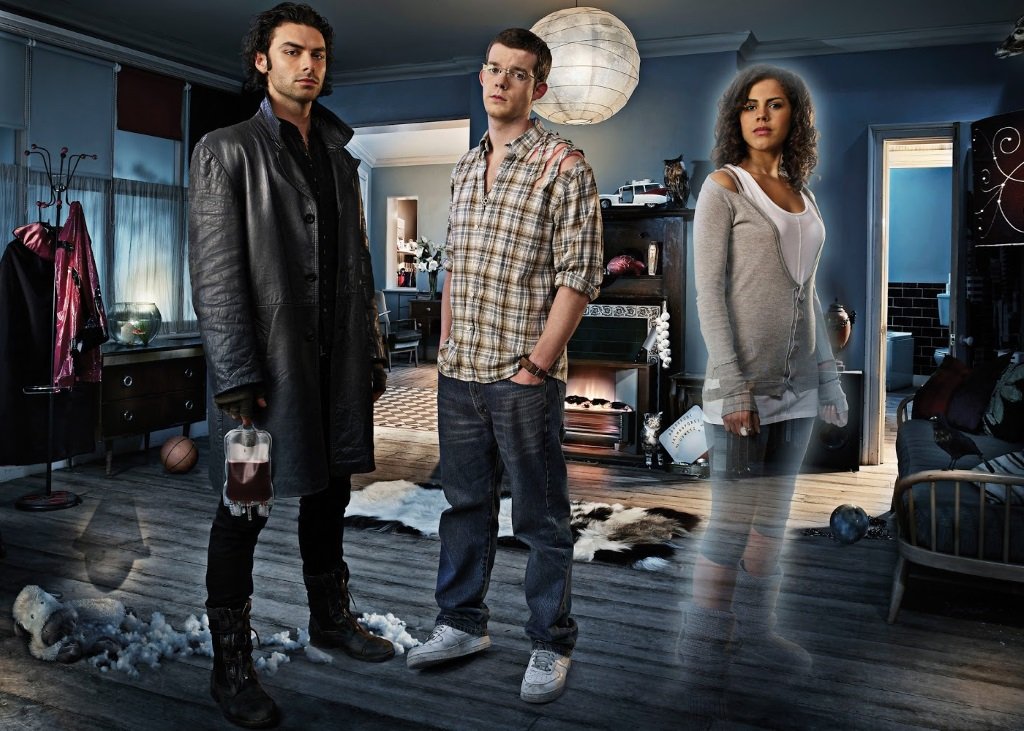 A vampire, a werewolf and a ghost walk into a bar. No, it’s not a joke, it’s a scene in the BBC series Being Human, a supernatural drama about a trio of “monsters” sharing an apartment in Bristol and trying to live as humans despite the challenges to normal life. Mitchell (Aidan Turner), once the most vicious of the vampire community, plays big brother to the trio, trying to coach the socially awkward George (Russell Tovey), who turns into a ferocious werewolf every full moon, and the reclusive, emotionally fragile ghost Annie (Lenora Crichlow), still mooning over the fiancé she left behind, into engaging with the world.

Created by Doctor Who veteran Toby Whithouse, it’s a character piece in a supernatural setting with comic flourishes and ferocious edges, notably a vampire conspiracy that tries to draw Mitchell back into the predator fold that plays out over the season, while his past haunts him in the form of a young woman he turned into a vampire and is now caught between rejecting and embracing the predatory nature of the beast. And speaking of beasts, George meets a fellow lycanthrope (which creates some friction in the trio), and Annie faces the emotional anchors that keep her tethered to Earth and discovers something she has blocked out of her memories of the perfect romance.

The first few episodes work overtime on backstory and basic rules of the game and then it starts to build on the basics as the men struggle with the feral forces of their afflictions and they all struggle to keep the powers in check and reconnect with the human sides of the natures. Beyond that, they are good company, even when just hanging out in their Bristol flat, swapping small talk, sharing survival strategies and trying to come to terms with their skewed identities. They are a kind of unique support group, but they are also friends who put themselves on the line for one another, which is finally their most human trait: compassion, loyalty, friendship.

Amazon just added the first series of six episodes but there’s hope that additional seasons will be added over time. The show went on for five seasons and spawned a stateside spin-off of the same name that ran on SyFy. The darkly handsome Turner went on to star in the BBC Poldark revival.

, iTunes, GooglePlay and/or other services. Availability may vary by service.
Being Human: Season 1 [Blu-ray]

The Blu-ray and DVD releases include plenty of supplements. The actors discuss their characters of the first season in the 20-minute “Character Profiles,” creator Toby Whithouse talks about the origins and development of the series in “The Journey with Toby Whithouse” (7 mins), the brief “Vamping It Up” lays out the basic rules for this show’s incarnation of vampirism and “Becoming a Werewolf” (5 mins) reveals the old-school prosthetic effects in the wolf transformations. There’s alternate scenes, 8 minutes of deleted scenes and 15 minutes of extended scenes, breezy “Video Diaries” from the three stars and a couple of production featurettes (the “Locations” tour of Bristol was particularly interesting to this Yankee).