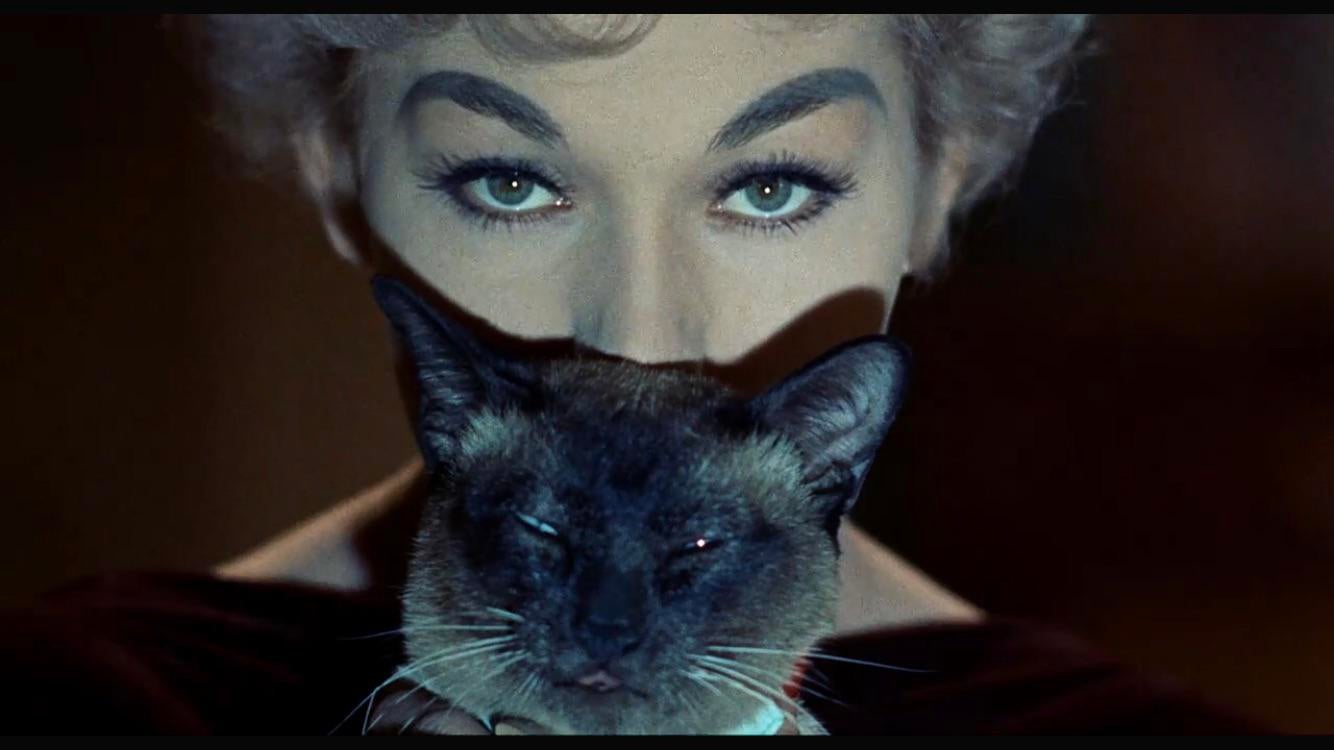 Novak is at her best as Gillian, a modern day witch in Greenwich Village, halfway between the worlds of magical and mortality, looking after her dotty aunt (Elsa Lanchester) and mischievous warlock brother (Jack Lemmon) as they keep their skills in practice. Gillian’s specialty is making men fall for her and she decides to put a spell on Stewart’s straight arrow publisher Shepherd one Christmas. But the enchantment is a dangerous game: when a witch falls in love, she loses her powers. As Stewart’s quiet bachelor tries to resist the beautiful Gillian, she finds herself slowly falling for him.

It was one of two films starring Stewart and Novak, the other being Alfred Hitchcock’s much darker Vertigo. This one is much lighter and more romantic, a lark of a Christmas romantic comedy to be sure but a cool, elegant lark that is bewitching when it clicks.

Ernie Kovaks appears as a wry author whose specialty is the supernatural and Hermione Gingold is suitably florid as a witch elder with a penchant for theatricality. For once in his screen career, Stewart is actually upstaged by the slyly comic performances around him. And a generation of cats in were named after Novak’s feline companion: Pyewacket.

On DVD and Blu-ray from Sony with no supplements. The Limited Edition Twilight Time Blu-ray release from 2012 (now out of print) features an isolated audio track with George Duning’s score and a booklet with notes by Julie Kirgo.