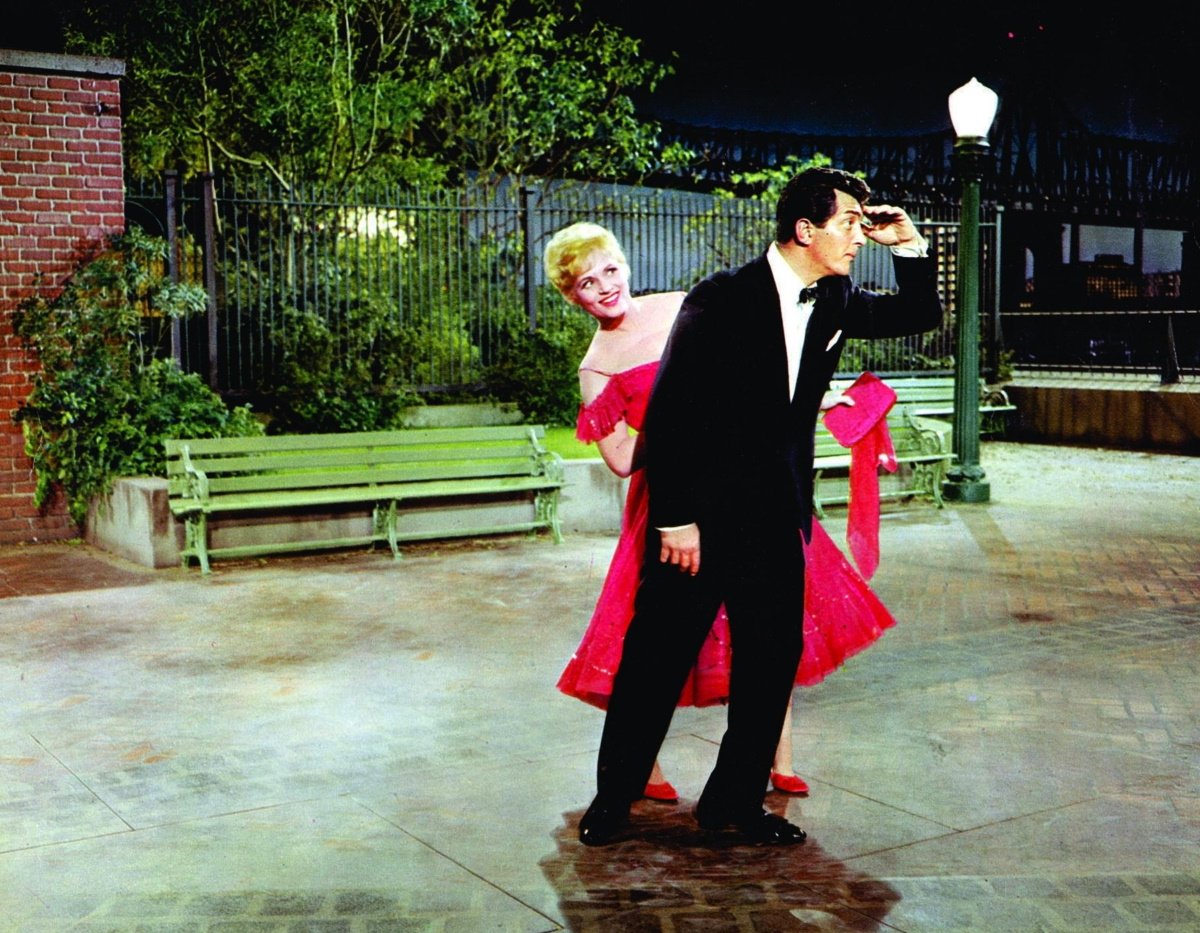 Judy Holliday plays a switchboard operator who gets personally involved in the lives of the clients of a phone answering service, in the musical Bells Are Ringing (1960). She becomes especially taken with one client: Jeffrey Moss (Dean Martin), a playwright with writer’s block that she is determined to coax back to work

Legendary musical team Betty Comden and Adolph Green (they wrote Singin’ in the Rain) adapt their Broadway hit and Holliday reprises her role as Ella Peterson, the one-woman team at Susanswerphone who reinvents herself as a different persona for every client. She plays fairy godmother to a beatnik actor (Frank Gorshin spoofing Marlon Brando) and a dentist songwriter and becomes the straight-talking muse Moss. More complications arrive when the answering service becomes the unwitting go-between for a gambling syndicate and the police put the business under surveillance, convinced it is up to no good.

This is old school musical comedy, lightweight and silly with harmless criminals and bumbling cops and a slate of entertaining but disposable songs with Comden and Green’s comic lyrics set to Jule Styne’s tunes. Vincent Minnelli directs the colorful Arthur Freed production like an elaborate stage show on fabulously designed studio sets, far more like the older, innocent 1950s musicals than the changing styles of 1960s musicals to come.

Martin, so good at playing heels and smooth talking ladies men, brings a really seen sweetness to his ring-a-ding charm. And it’s the final film by the great Judy Holliday, who carries the film with her energy and talent: she gets to sing, dance, and play multiple characters for her answering service clients.

The Blu-ray includes a featurette, outtakes of two musical numbers, and an alternate take of “The Midas Touch.”