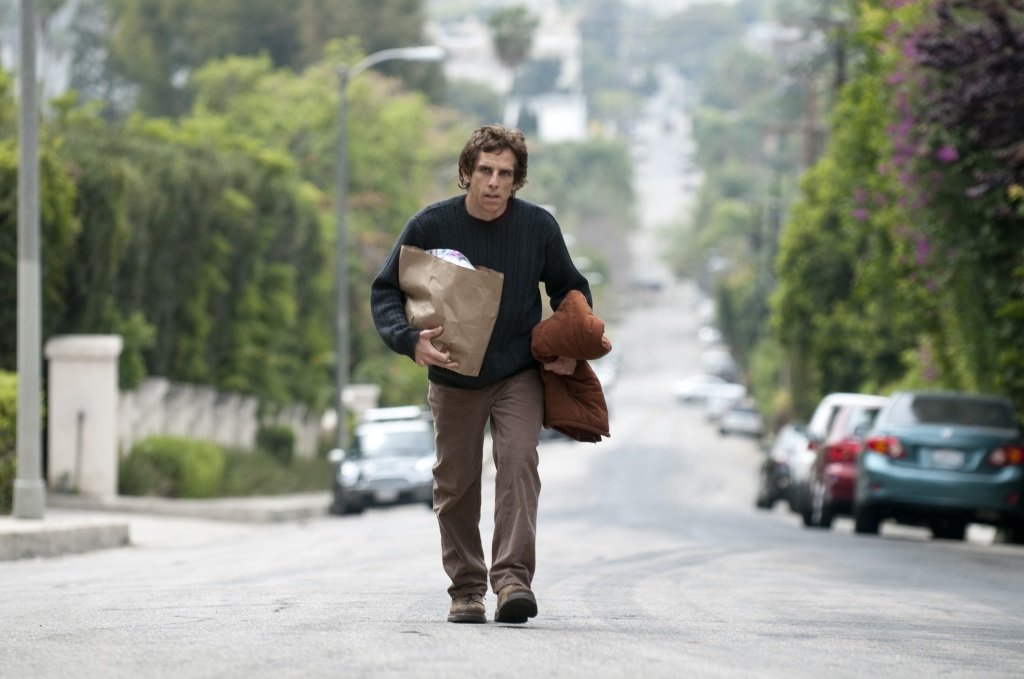 In Greenberg (2010), Ben Stiller delivers the youngest curmudgeon in the movies. Roger Greenberg is a fortysomething guy recovering from a nervous breakdown and avoiding confronting the mid-life crisis he’s been tangling with since his twenties, apparently.

Noah Baumbach, directing from a story developed with his wife, Jenifer Jason Leigh, is a shrewd student of character and he’s especially astute at finding the vulnerability in the self-involved, who see everything as a reflection of themselves. Watching the social and family dynamics play out in his films reveals a whole life lived in these rhythms and traps, which is not always pleasant (this film features perhaps the most awkward and uncomfortable scene of bad sex ever put on screen) but certainly interesting.

Stiller and Baumbach don’t have Roger slip into cute expressions of his anxiety and emotional problems and social awkwardness, but even if he is far more than simply a collection of tics and regret and reflexive OCD impulses, it fails to get very far under the skin, perhaps because of the small universe of cast. The isolated, reclusive Greenberg simply doesn’t have enough people around to draw out the dimensions of his self-involved neurosis. It’s Greta Gerwig’s Florence, a sweetly and convincingly fumbling personal assistant who can organize any life but her own, who comes out as a fully formed human being. While this was a small picture for Stiller, it was the biggest for Gerwig, who was still known as the poster girl for the indie movement known as “mumblecore,” and she walks away with the film. Also co-stars Rhys Ifans, Jennifer Jason Leigh and former Gerwig co-star Mark Duplass.

, iTunes, GooglePlay and/or other services. Availability may vary by service.
Greenberg [Blu-ray]

There isn’t much to the Blu-ray and DVD supplements, which are limited to three very brief featurettes that are more promotional pieces than documentary shorts, none of them running over four minutes. The Blu-ray also features the usual interactive BD-Live functions, including social networking functions which are an odd fit with a film about disconnection. Perhaps it was meant ironically.