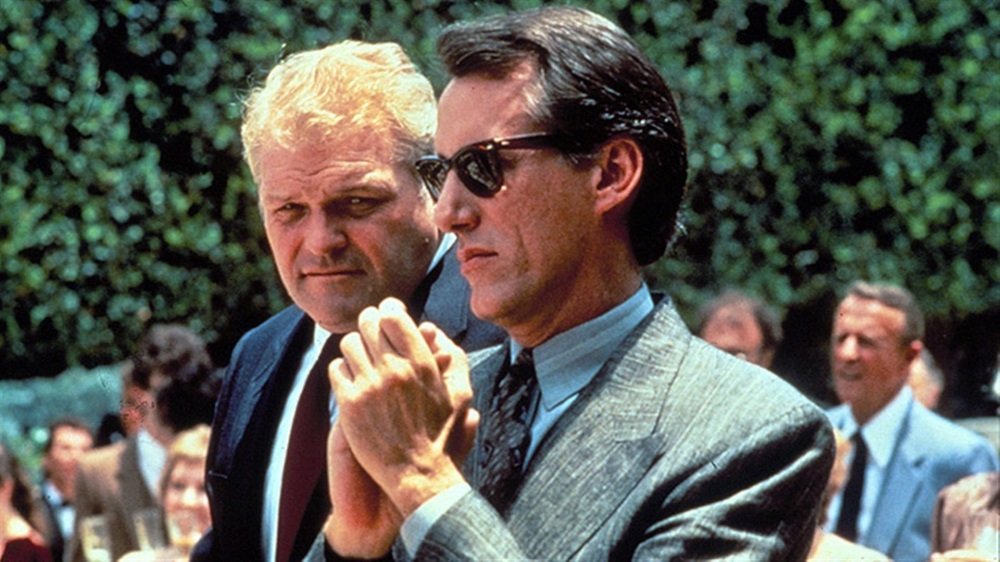 Best Seller (1987) is a modest but smartly-scripted thriller that holds up remarkably well, thanks to near-perfect casting and a savvy script by Larry Cohen, who was better known at the time as a cagey director of high-concept, low-budget exploitation films.

James Woods brings charm to the role of Cleve, a pathologically vindictive hitman who goes to Dennis Meechum, a Joseph Wambaugh-like cop/author played by Brian Dennehy, to expose his former employer, a power broker who has double crossed him. This narcissist wants to be the hero of his next book and Cohen gives Woods plenty to work with, from great lines (which he delivers with the cocky grin and a predator’s confidence) to a peacock’s pride in his work. This was near the end of Woods’ reign as a real leading man and anti-hero movie star and he’s in great form playing hero and villain at the same time.

Cohen cannily mixes social satire and genre twists in his clever screenplay of an unlikely friendship between two men with more history than they realize; his dialogue has a bite and an unforced wit that hovers somewhere between B-movie gangster dramas and buddy pictures. Director John Flynn is better with character than action so while he never really gets the blood pumping through it, he keeps us up in air as to where the Cleve’s real motivations lay and keeps the tension between the characters pulled tight.

It wasn’t a hit when it came out but it really should have been, even acknowledging its weakness. It may overplay its hand at times but it is still a smart, lean thriller and a minor gem of the contemporary crime genre.

, iTunes, GooglePlay and/or other services. Availability may vary by service.
Best Seller [Blu-ray]