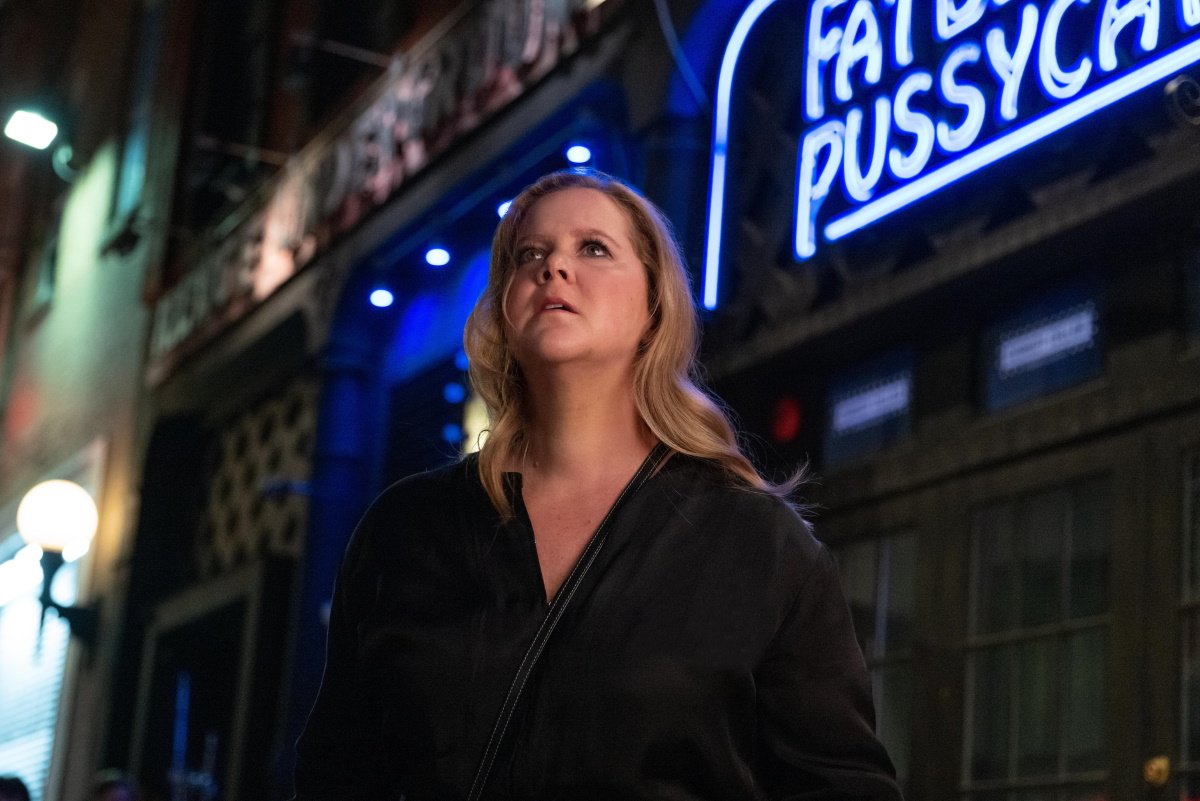 Amy Schumer writes, directs, and stars in “Life & Beth: Season 1“ (TV-PG), a half-hour dramedy about a woman with a successful in a job and a long term relationship who realizes that she’s not happy. As she tries to reorient her life, she flashes back to her adolescence (played by Violet Young) and explores a possible new romance (Michael Cera). Schumer draws inspiration from her own life for this personal and often intimate project. Michael Rapaport and Laura Benanti costar. (Hulu)

Jared Leto and Anne Hathaway star as WeWork cofounder Adam Neumann and his enigmatic wife Rebekah in “WeCrashed“ (TV-MA). The limited series takes on the meteoric rise and hard fall of one of the most notorious startup flameouts of the last decades and the big-spending power couple whose disconnection from reality dooms the enterprise. Three episodes available, new episodes on Fridays. (Apple TV+)

The animated comedy “Human Resources: Season 1“ (TV-MA), a spinoff of “Big Mouth” about the world of the Hormone Monsters, is sort of like an adult version of “Inside Out” as a workplace comedy. Features the voices of Nick Kroll and Maya Rudolph, among others. (Netflix)

“Master“ (2022, R) combines social commentary with horror movie with the experiences of three African American women—a new dean of students (Regina Hall), a literature professor (Amber Gray), and a freshman student (Zoe Renee)—at a predominantly white Ivy League college built on the site of the Salem witch trials. They all feel the reverberations of the past in everyday encounters and eerie supernatural echoes. It debuted at Sundance earlier this year and streams same day as theaters. (Amazon Prime Video)

A thief (Jason Segel) breaks into a vacant vacation home, only to be surprised by the tech billionaire owner (Jesse Plemons) and his wife (Lily Collins) in “Windfall“ (2022, R). Director Charlie McDowell developed the story with Segel while Andrew Kevin Walker scripts.

An awkward twentysomething looks for love with the help of his uninhibited inner voice in the romantic comedy “Eternally Confused and Eager for Love: Season 1“ (India, TV-MA).

A state trooper teams up with a shelter pup to join an elite K-9 unit in “Rescued by Ruby“ (2022, TV-G), a family friendly drama based on a true story.

International TV: a journalist goes after a demonic CEO in “The Cursed: Season 1“ (South Korea, TV-MA, with subtitles), a mix of tech thriller and supernatural horror. Also new:

“Welcome to Flatch: Season 1“ (TV-14) is a comedy about a documentary crew meeting the eccentric personalities in a small Midwestern town. Seven episodes available, new episodes on Fridays. (Hulu)

True stories: “You Can’t Kill Meme“ (2021) explores how memes have become a new and powerful form of political communication.

Streaming TV: the fourth and final season of the TNT drama “Claws“ (TV-MA), set in the competitive world of Florida nail salons.

A desperate mother (Rosario Dawson) ventures into the war-torn Manhattan of a near future dystopia to find her lost son in the limited series “DMZ“ (TV-MA), based on the DC graphic novel. It’s produced by Ava DuVernay, who directs the pilot, and costars Benjamin Bratt and Hoon Lee. (HBO Max)

True stories: “Phoenix Rising“ (TV-MA) follows actress and activist Evan Rachel Wood as she speaks out against domestic violence and lobbies for the rights of fellow survivors.

“Halloween Kills“ (2021, R), the sequel to the 2019 revival of the classic horror film, is presented in the extended edition.

Gabrielle Union, Zach Braff, and Erika Christensen star in “Cheaper by the Dozen“ (2022, PG), a new take on the classic family comedy (this one is a blended family of twelve children), written and produced by “Black-ish” creator Kenya Barris.

True stories: “More Than Robots“ (2022, not rated) follows four teams of teenagers from around the world as they prepare for the 2020 FIRST® Robotics Competition.

The five-part documentary series “Veleno: The Town of Lost Children” (not rated) examines the decades-long saga of a pedophile network uncovered in rural Italy in the late 1990s. (AMC+ and Sundance Now)

“The Paradise: Season 1“ (Finland, with subtitles) is a murder mystery set in the Finnish community of the Mediterranean island of Málaga.

“The 75th EE British Academy Film Awards“ (not rated), better known as the BAFTAs, streams exclusively in the U.S. on BritBox.

“Love After Love“ (China, 2021, not rated, with subtitles), a romantic drama set in pre-war Hong Kong, is the latest feature from Hong Kong New Wave master Ann Hui. Features cinematography by Christopher Doyle and a score by Ryuichi Sakamoto.

Thomas Vinterberg’s “The Celebration“ (Denmark, 1998, R) was the first feature in the Dogme 95 film movement. It won the Jury Prize at Cannes and was Denmark’s official selection to the Academy Awards. Criterion Channel presents supplements from the special edition disc release. Also new:

Anna Torv and Sam Reid star in the Australian drama “The Newsreader: Season 1“ (TV-MA) set in the world of 1986 broadcast news. Free with ads.