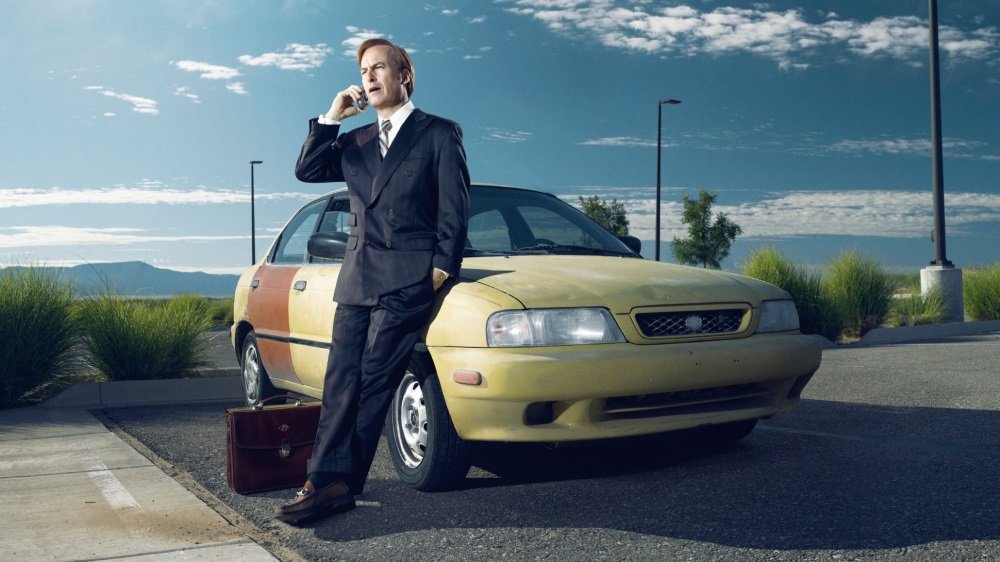 Better Call Saul: Season 1, the prequel series to the award-winning Breaking Bad, rewinds back to discover how Jimmy McGill, a struggling lawyer trying to get both respect and clients in Albuquerque, New Mexico, became Saul Goodman in that show, the shady lawyer who helped Walter White hide his drug money. Bob Odenkirk is Jimmy, a conman (he earned the nickname Slippery Jimmy) who cleaned up his act, got a law degree from a dubious school, and set out his own shingle in a utility closet in the back of a strip mall beauty shop.

Better Call Saul takes a different tone from Breaking Bad, playing it is a dark comedy and character piece that shows Jimmy’s struggles. He’s the younger brother of a once successful and respected lawyer (Michael McKean), who is now holed up with a phobia for electrical signals, trying to prove himself to his brother while chasing clients with more bravado than confidence and watching schemes backfire. The series also feature Mike Ehrmantraut (Jonathan Banks), the ex-cop who will become Saul’s reliable field man and fixer. Odenkirk is a mix of salesmanship and desperation as Jimmy, who isn’t taken seriously by clients or other lawyers, and he lets us see the person under the pose. For all his schemes, he wants to play it straight and prove himself. It’s the beginning of an odyssey that will eventually turn him into the morally untethered Saul Goodman. The series was nominated for seven Emmy Awards and Odenkirk’s performance earned Golden Globe and Screen Actors Guild nominations.

All 10 episodes of the debut season on Netflix. The second season begins on AMC mid-February.