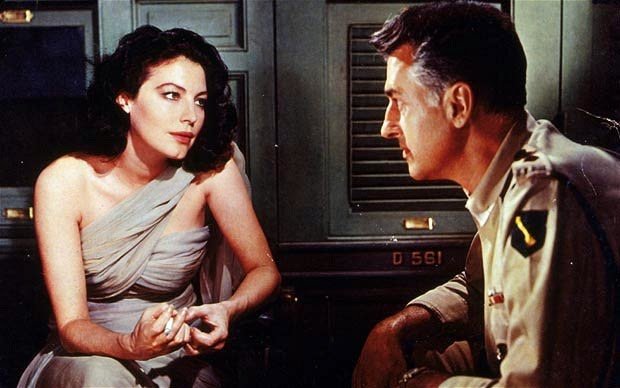 Set in 1947 India, after World War II and in the early days of the independence movement, Bhowani Junction (1956) is a Hollywood drama with an old-fashioned sense of storytelling and a modern (for the time) approach to colonialism, bigotry and identity.

Ava Gardner stars as the Anglo-Indian woman looking for her own identity in a country where neither the British nor the Indian population accept her, but while she looks heavenly in a sari, it’s her strength and her fiery will that makes her so mesmerizing. It’s based on a novel by John Masters and while it’s a decidedly Western perspective on India with the usual Cold War fear of communist influence, George Cukor gives us a complicated picture that isn’t all that flattering to the British, a portrait that we saw a lot more of in the films of the early sixties (from Lawrence of Arabia to 55 Days at Peking) than in the final days of the old studio system. Perhaps shooting on location gave Cukor a different perspective on things.

Stewart Granger is the exception as a career officer with a crisp manner and an unflagging devotion to duty, and he delivers a line that not only separates him from his fellow officers but is the best riposte to bigotry and racism you can find in a mere six words: “I don’t hate in the plural.” Features superb Technicolor cinematography by Freddie Young.

, iTunes, GooglePlay and/or other services. Availability may vary by service.
Bhowani Junction [DVD]

On DVD from Warner Archive with no supplements.