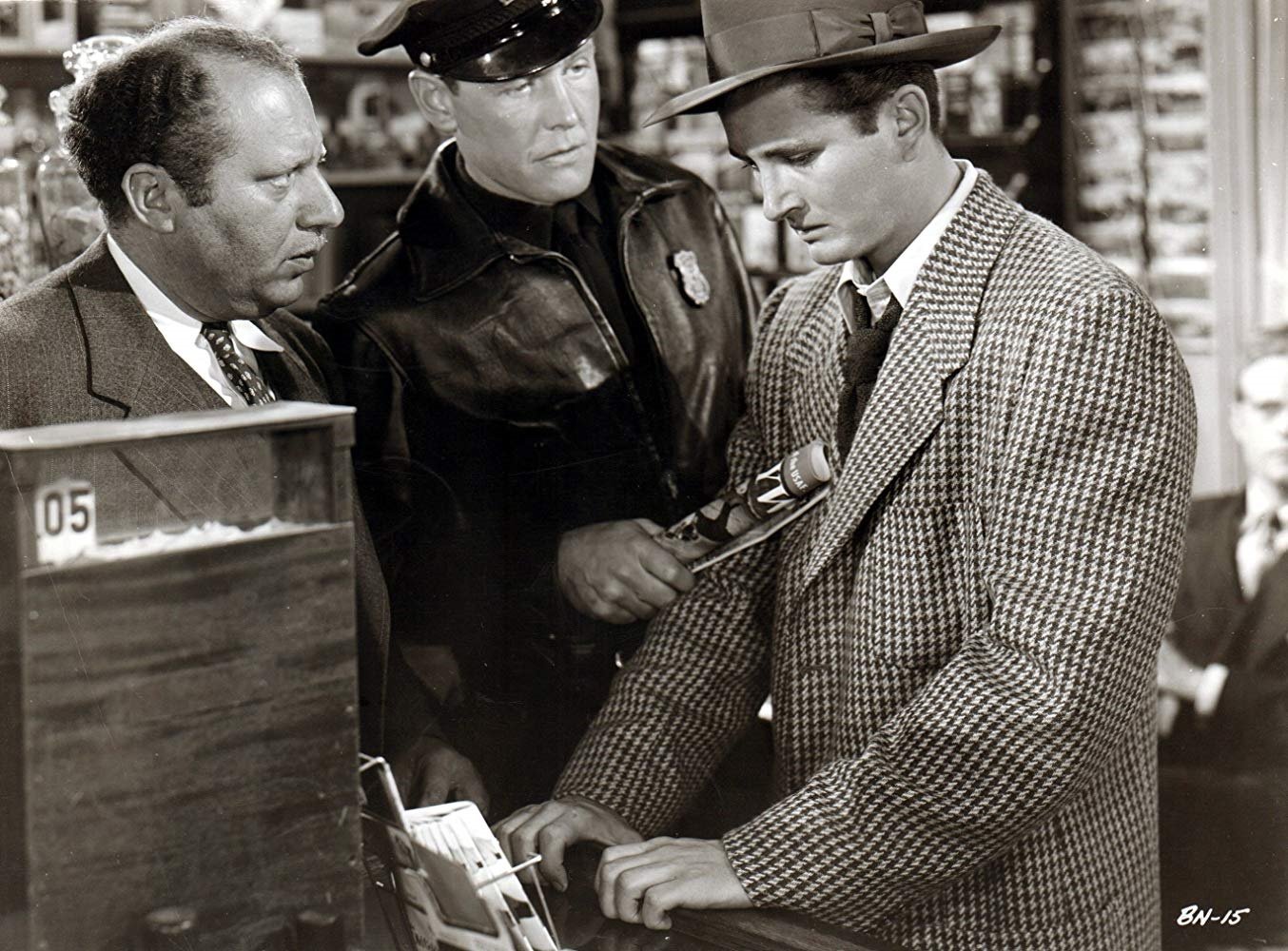 The Big Night (1951), the final American film made by Joseph Losey before he fled Hollywood and the blacklist for Europe, has a title just generic enough to suggest anything from a musical extravaganza to a teen sex comedy. But vagueness aside, it’s really quite a provocative youth noir with John Drew Barrymore as an angry young man out to revenge the brutal beating of his old man (Preston Foster), a modest barkeep, by a bullying sports reporter with the marvelously ironic name of Al Judge (Howard St. John).

Neither juvenile delinquent drama nor wild youth thriller, this is a portrait in rage and shame and disappointment in fathers and father figures. On this big night, as he arms himself with a handgun and hunts down the newsman, he is let down by one authority figure after another, from his father to a friendly but cowardly professor who takes him under his wing to a corrupt, predatory cop in the pocket of Judge. This is some coming of age as he discovers over this long night that his heroes and the authority figures he’s been taught to respect are not merely flawed, but often corrupt, petty, and unreliable.

Losey made this for an independent producer on a small budget but his direction is commanding, making his odyssey through the city at night into a journey through the heart of darkness. John Drew Barrymore (billed here as John Barrymore, Jr.) never really established himself as much of an actor (though I’ll always love him for his beat poetry history lesson in High School Confidential“), but Losey pulls a vivid, tormented character out of him here, almost dizzy with hurt and fury and confusion as he pushes himself to follow through on his vengeance. There is a powerful undercurrent to this modest production.

, iTunes, GooglePlay, Fandango, Vudu and/or other services. Availability may vary by service.
The Big Night [DVD]

On DVD-R from MGM Limited Edition Collection with no supplements.