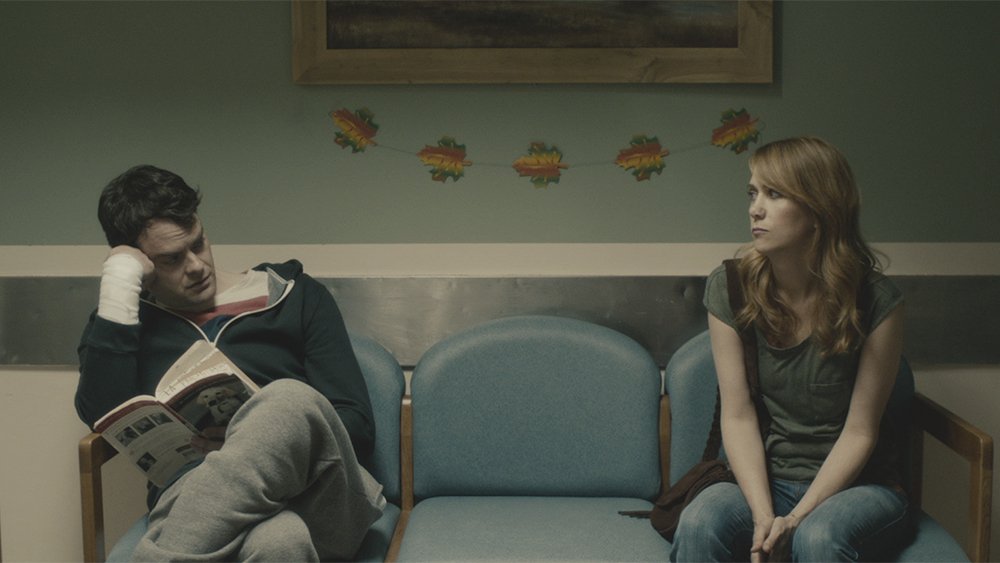 The Skeleton Twins (2014) stars Bill Hader and Kristen Wiig as estranged siblings who are brought together after the failed suicide of one interrupts the attempted suicide of the other. This is a damaged family and Maggie (Wiig) and Milo (Hader) are self-destructive in their depression, almost willfully making choices doomed to ruin whatever equilibrium and happiness they’ve managed to secure. Which isn’t much, truth be told. Maggie is married to a warm nice guy (Luke Wilson) while having affairs and lying about her efforts to get pregnant and Milo, an out of work actor, uses the homecoming to reignite the disastrous relationship that left a lot of damage behind.

While it may appear to be a comedy, thanks to the casting of two major comic actors, this is ultimately a drama of dysfunction and depression warmed by the story of estranged siblings reconnecting and acknowledging their need to heal and carried by the excellent performances and superb chemistry between Wiig and Hader, old friends and co-stars who really capture a sense of old rhythms behind their anger and conflicts.

It won the screenwriting award at the 2014 Sundance Film Festival for writer/director Craig Johnson and co-writer Mark Heyman .

Add to Amazon Prime watchlist or to My Stuff on Hulu

, iTunes, GooglePlay, Fandango, Vudu and/or other services. Availability may vary by service.
The Skeleton Twins [Blu-ray]

On Blu-ray and DVD from Lionsgate with two commentary tracks (one with director/co-writer Craig Johnson and stars Kristen Wiig and Bill Hader, the other featuring Johnson with co-writer Mark Heyman and producer/editor Jennifer Lee), deleted scenes with optional director commentary, two featurettes, and the usual outtakes and gag reel, plus an Ultraviolet Digital copy of the film (in HD for the Blu-ray edition).