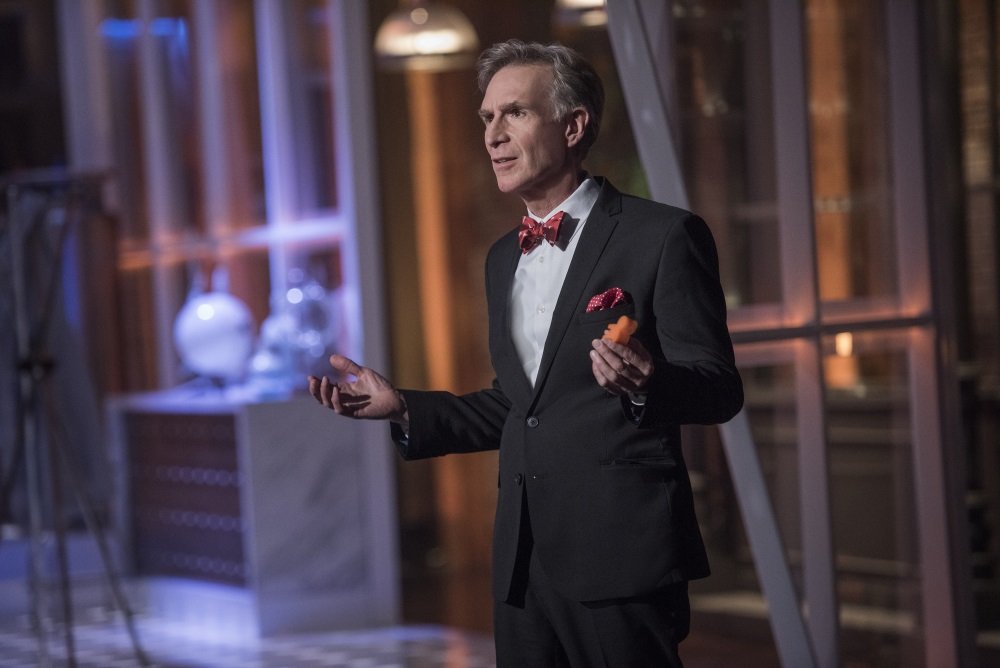 Bill Nye, famed TV Science Guy and Dancing with the Stars contestant, returns with a new science show for Netflix this year. Bill Nye Saves the World takes a “science-based approach” to the issues facing us today, including taking on global climate change and GMOs.

Based on the trailer, we can expect humor, showmanship, interactive experiments, and guest stars such as Zach Braff, Donald Faison, Rachel Bloom, Tim Gunn, and Joel McHale. It also gets a budgetary boost from his early Science Guy days.

Bill Nye Saves the World arrives on Netflix on Friday, April 21, but you can add it to your list right now!

Netflix also has episodes of his award-winning Disney Channel series Bill Nye The Science Guy from the 1990s. Queue ’em up!