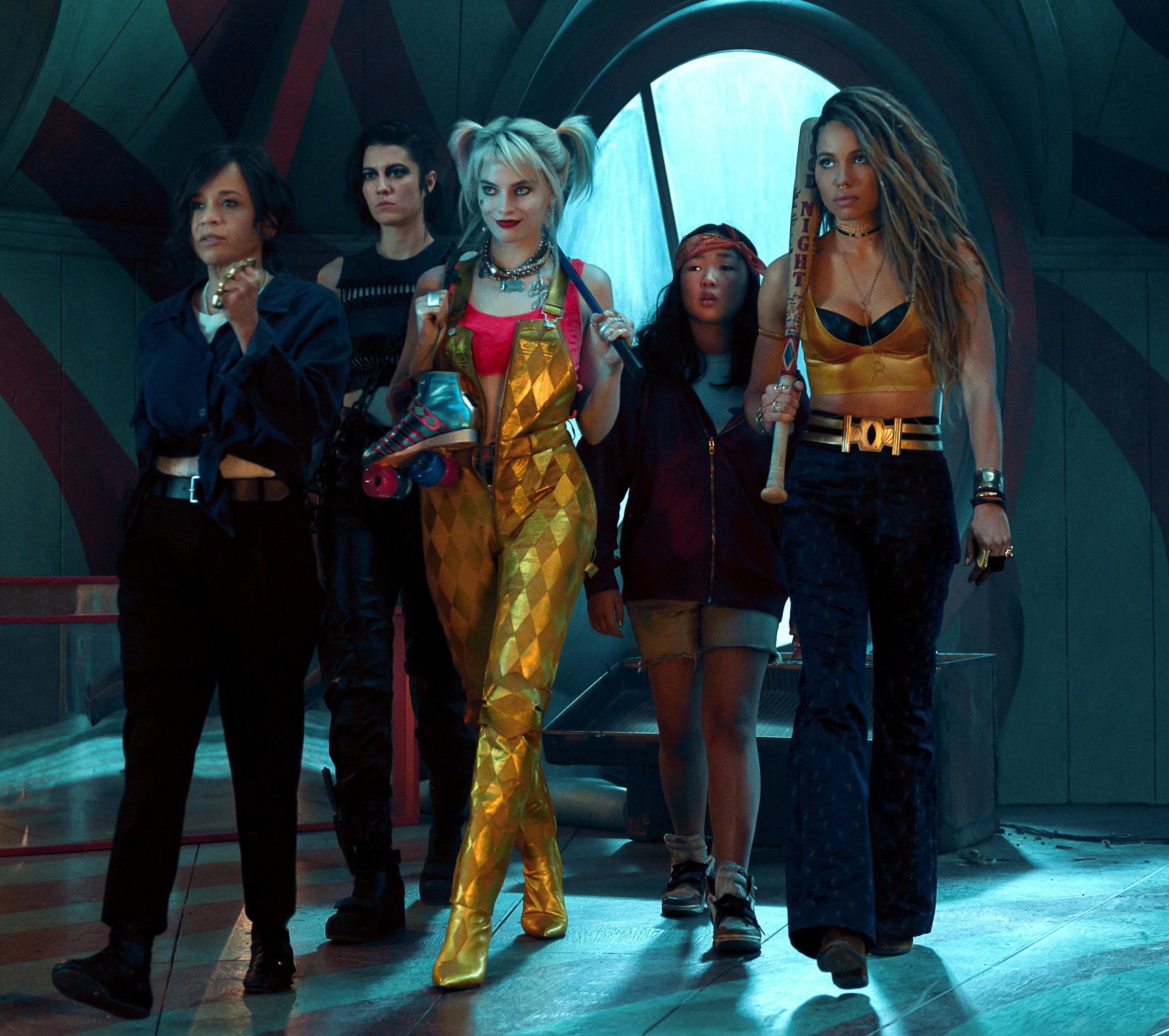 The rush of theatrical movies to early streaming continues with a sizable slate of features now on video-on-demand at a premium price. A couple of new arrivals stand out: the purely escapist “Birds of Prey: And the Fantabulous Emancipation of One Harley Quinn” (2020, R), starring Margot Robbie as comic book supervillain turned quasi-hero Harley Quinn teaming up with an all-female costumed crew, and the more series “The Way Back” (2020, R), a redemptive sports drama starring Ben Affleck as an alcoholic who returns to coach his old high school basketball team. And for families, Disney’s animated fantasy “Onward” (2020, PG) is available for purchase at the same price as a premium rental, but if you can wait a couple of weeks it arrives on Disney+ in early April.

Less pricey on VOD is the World War I odyssey “1917” (2019, R), a mission behind enemy lines that won three Oscars, including one for the astounding cinematography of Roger Deakins that (with the help of digital effects) appears to unfold in two unbroken long takes. George MacKay and Dean Charles Chapman, a talented pair of fresh-faced but relatively unknown actors, take the lead in a cast that includes Colin Firth, Andrew Scott, and Benedict Cumberbatch.

“Portrait of a Lady on Fire” (France, 2019, R, with subtitles), Céline Sciamma’s ravishing drama of a female painter (Noémie Merlant) and her relationship with the young woman (Adèle Haenel) whose portrait she is secretly painting, is touching, nuanced, and at times looks like it has been painted on the screen. It won two awards at the Cannes Film Festival and makes its streaming debut on Hulu.

Jason Reitman and Laura Linney return as the urban couple laundering money for the mob in the hills of Missouri in the third season of the Emmy-winning series “Ozark” (TV-MA), now streaming on Netflix.

Amazon is making much of its Prime Video children’s programming free to all customers, no Prime account necessary. Among the available shows are PBS favorites “Daniel Tiger’s Neighborhood” and “Arthur” and Prime original “Pete the Cat” for preschoolers and “Wild Kratts” and “Just Add Magic” for young kids. You can access the entire list here.

Ovid.TV, a streaming service launched by a group of independent film distributors specializing in foreign and independent cinema and international documentaries, celebrates its first year with a new batch of movies that includes Eric Rohmer’s handsome historical drama “Marquise of O” (France, 1976, not rated, with subtitles) and witty romantic comedy “Full Moon in Paris” (France, 1984, not rated, with subtitles) and Peter Greenaway’s erotically-charged “The Pillow Book” (1996, not rated) with Ewan McGregor. You can sample their offerings with a 14-day free trial.

Classic pick: David Bowie is “The Man Who Fell to Earth“(1976, R) in the cerebral science fiction drama about a visitor from space who succumbs to the intoxications of American culture. Director Nicholas Roeg adapts an allegorical Walter Tevis novel into a surreal meditation on our alienating culture. On Amazon Prime Video.

The limited series “Unorthodox” (Germany, 2020, not rated, with subtitles), based on the memoir by Deborah Feldman, follows a young Jewish woman (Sghgira Haas) who flees her Hassidic culture in Brooklyn and finds a community in Berlin.

A young man (Mamoudou Athie) set his sights in becoming a master sommelier, defying his father’s (Courtney B. Vance) wish that he take over the family barbecue business, in the Netflix Original film “Uncorked” (2020, not rated).

True stories: “Crip Camp: A Disability Revolution” (2020, not rated) looks at how the rebellious Camp Jened helped inspire a generation of teenagers with disabilities defy the limitations society imposed in the 1970s.

International TV: in “Freud” (Austria, 2020, TV-MA, with subtitles), the young Austrian psychiatric pioneer (Robert Finster) turns detective to find a serial killer and ends up tangling with witchcraft, hypnotism, cannibalism, and his own affection for cocaine. Eight episodes. Also new:

Heidi Klum and Tim Gunn (formerly of “Project Runway”) team up for the new reality competition series “Making the Cut” (TV-14). They pit a dozen designers from around the world against one another for a million dollar prize. New episodes each week.

Philip Seymour Hoffman (in his final film role) is superb in “A Most Wanted Man” (2014, R), a complex thriller of politics and intelligence in the post-9/11 world, based on the John le Carré novel.

Foreign affairs: Noomi Rapace is Lisbeth Salander in “The Girl with the Dragon Tattoo” and its sequels, “The Girl Who Played with Fire” and “The Girl Who Kicked the Hornet’s Nest” (Sweden, 2010, R, with subtitles), the original screen adaptation of Stieg Larsson’s best-selling “Millennium Trilogy.”

The music of Bruce Springsteen crosses the Atlantic in “Blinded by the Light” (2019, PG-13), a rousing high school drama of identity and the creative spirit, based on the true story of a first generation Pakistani-Briton in a small factory town in 1980s England. Gurinder Chadha directs this energetic tale of the power of art. Also new:

“Once Upon a Time in Hollywood” (2019, R) is another mix of history and fantasy from Quentin Tarantino, a paean to late 1960s Los Angeles starring Leonard DiCaprio as a fading (fictional) TV star, Brad Pitt as his aging stunt double, and Margot Robbie as real-life actress Sharon Tate. It’s a loving tribute to actors and wistful farewell to the end of an era, but it also weaves in the terror of the Manson Family and features some very bloody, almost cartoonishly extreme violence. Pitt won an Oscar for his performance.

Criterion Channel presents a primer on “German Expressionism,” films that brought the exaggerated style, dreamlike imagery, and shadowy atmosphere of the artistic movement to the screen. The ten films in this collection span from the influential “The Cabinet of Dr. Caligari” (1920, silent with score) to “The Testament of Dr. Mabuse” (1933, with subtitles), Fritz Lang’s final film before fleeing Nazi Germany. Along with such landmarks as the restored “Metropolis” (1927, silent with score), which features footage that had been thought lost for over 80 years, are lesser known classics like Robert Wiene’s original “The Hands of Orlac” (1924, silent with score) with Conrad Veidt and E. A. Dupont’s “Varieté” (1925, silent with score) with Emil Jannings. Also new:

“Midsommar” (2019, R) sends a quartet of American students (among them Florence Pugh) to a Swedish commune for its annual solstice celebration, but all is not what it seems on the sunny surface. More unsettling than horrific, Ari Aster’s follow-up to “Hereditary” is filled with loss, anxiety, and pagan rituals, and delivered with an edge of absurdist dark humor. British drama “Lady Macbeth” (2017, R), starring Pugh in her breakthrough role as a young bride in a loveless marriage, also debuts this month. Also new:

Kanopy is a free streaming service available through most library systems.