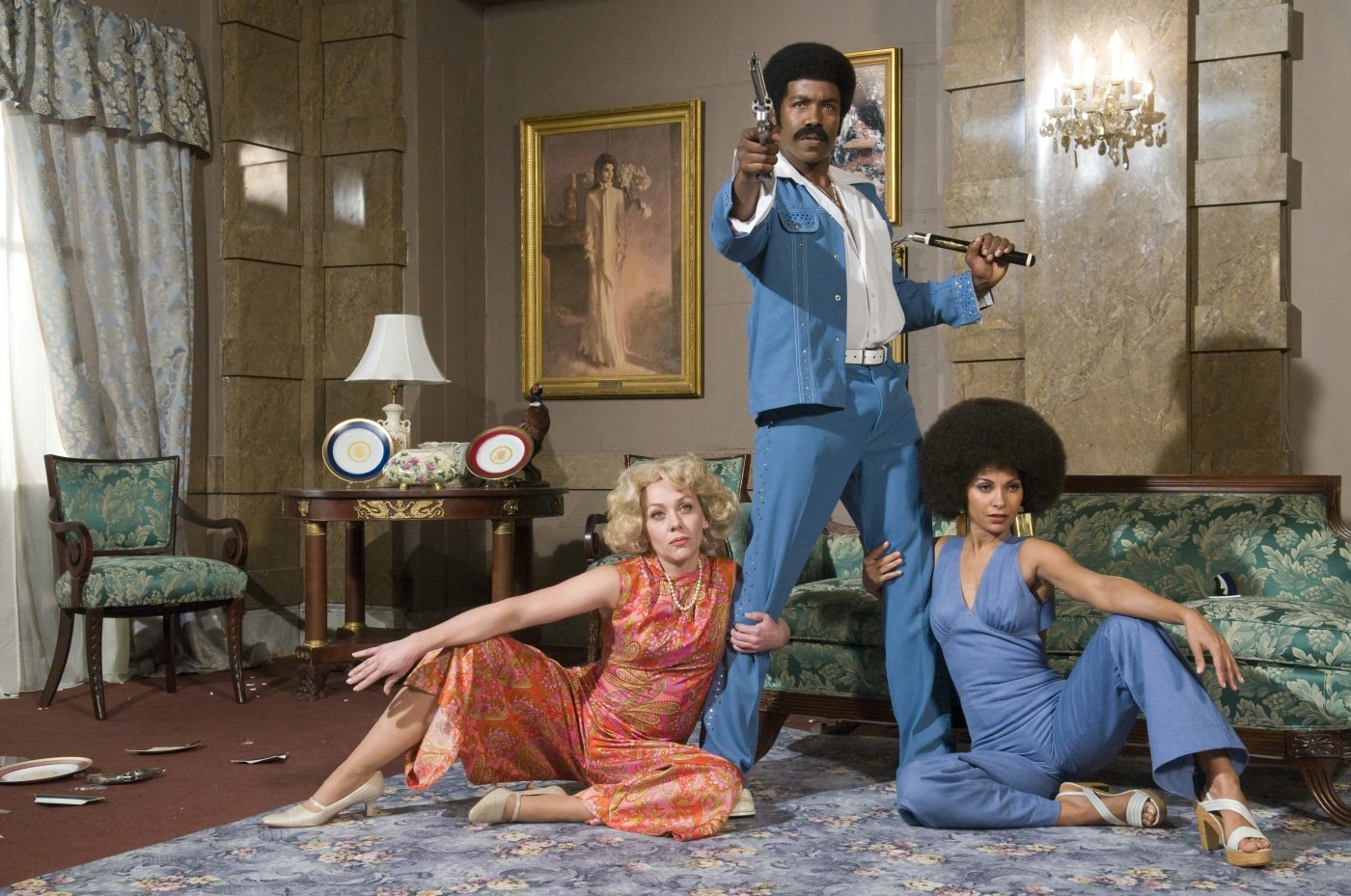 A tongue-in-cheek tribute to the black exploitation action cinema of the seventies, Black Dynamite (2009) is a dead-on parody of the sloppy filmmaking, aggressive overacting and slapdash writing of the cheapest films of the genre.

Michael Jai White, who also co-wrote and co-produced the film, dons a neatly sculpted afro and a tough guy mustache (both patently phony) and the flamboyantly excessive fashions of the period to play the super stud of the streets, a mean mother (shut your mouth) who puts together a small army of stereotypes to fight a diabolical conspiracy against the brothers. He fights the man, battles corrupt cops, takes on the minions of Kung Fu Island, follows the trail straight to the Honkey House, and exclaims the defining line when he uncovers the true plot “You diabolical dick-shrinking motherf****r,” all without cracking a smile.

The overkill is fun and the results are often quite funny, though you can feel the strain of maintaining the enterprise for 84 minutes; the downside to a pitch-perfect recreation of sloppy filmmaking is that pretty much sabotages the momentum along with it. After a while, this kind of winking self-awareness gets tired. This is best watched with a boisterous group and a bottle of Anaconda Malt Liquor.

The Blu-ray and DVD releases feature commentary by co-writer/director Scott Sanders, co-writer/star Michael Jai White and co-writer Byron Minns, which is dominated by the trio pointing out the gaffs (not all of them intentional, but they aren’t ones to toss out a perfect mistake) and homages to blaxploitation cinema (heavy on the Rudy Ray Moore) and other inspirations (“This is our tribute to Ed Wood”). “Lighting the Fuse” traces the making of the film from conception to release with the creators and cast, “The 70’s Back In Action” considers the style of the film (from filmmaking to fashion to music), plus there’s “The Comic-Con Experience” and 25 minutes of deleted and alternate scenes, filled with even more clichés, absurd scripting, aggressively bad performance and egregious filmmaking gaffs that they just couldn’t fit into the film.