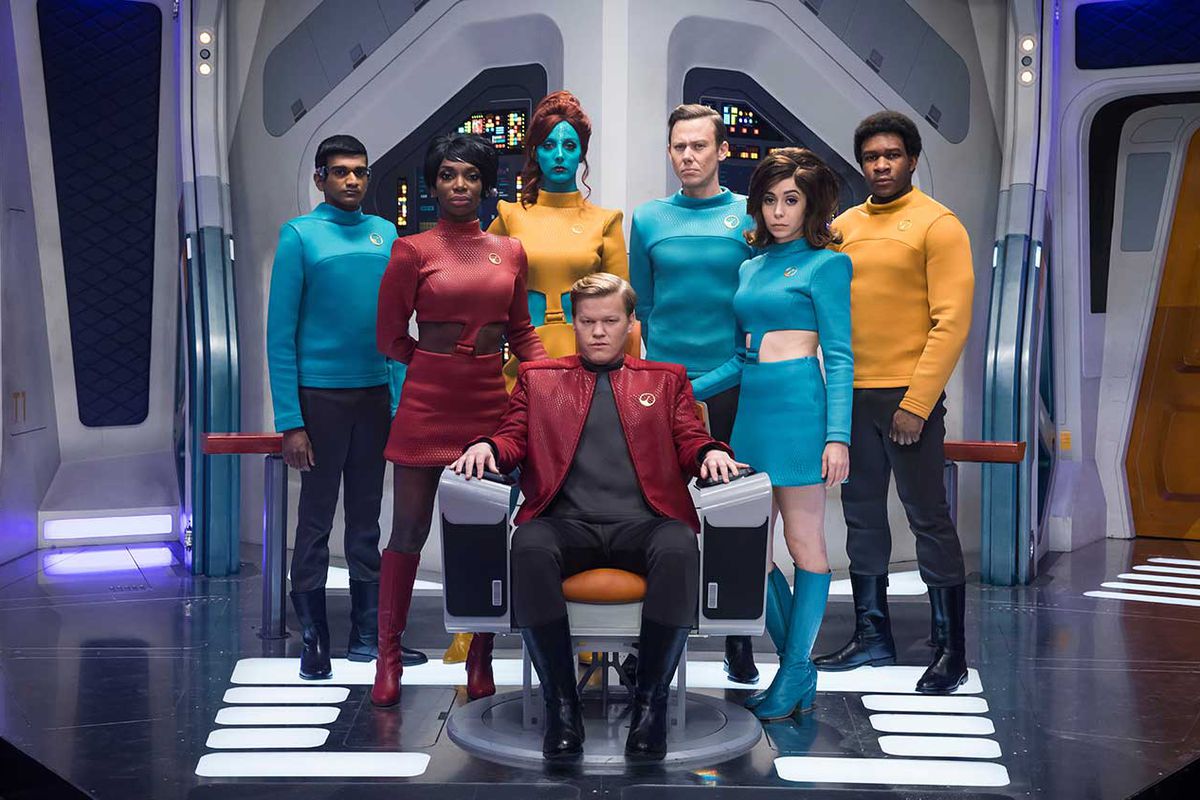 Black Mirror, dark, disturbing, brilliant the 21st century answer to The Twilight Zone, is back for a fourth season on Netflix, and creator Charlie Booker makes the most of his bigger budget with more visually lavish episodes.

The new run is “regally confident and more cinematically ambitious than almost anything the show has done before,” writes Rebecca Nicholson for The Guardian. “ArkAngel, directed by Jodie Foster, could be an American indie; Metalhead is like a Ben Wheatley experiment, and USS Callister, easily this year’s best instalment, could have been pulled from the very darkest recesses of JJ Abrams’ mind and thrust into multiplexes to rattle unsuspecting moviegoers.”

6 episodes, some of them feature length, now streaming on Netflix.

David Attenborough hosts Planet Earth II (2016), the acclaimed six-part documentary that looks at how animals navigate their unique ecosystems. Produced for BBC with state-of-the-art photography, the 6-episode series is now on Netflix.

Anne of Green Gables: The Good Stars (2016, G), originally made for Canadian TV, is the second film in the movie trilogy based on the beloved L.M. Montgomery novels. It co-stars Martin Sheen and makes its stateside debut on Amazon.

Idris Elba and Kate Winslet are strangers who must work together to survive a plane crash in The Mountain Between Us (2017, PG-13). Also on DVD and Blu-ray.

Foreign TV: from France comes the thriller La Mante: Season 1 (with subtitles) with Carole Bouquet as a serial killer who helps her police detective son track down a copycat killer following in her footsteps (6 episodes). Also new: Cable Girls: Season 2 from Spain (12 episodes).

The non-fiction series Myths & Monsters: Season 1 delves into the history and legacy of the most enduring legends of Europe (6 episodes).

True stories: Michael Chiklis narrates Fallen (2017, not rated), a tribute to police officers killed in the line of duty.

Foreign affairs: Once in a Lifetime (France, 2014, not rated, with subtitles) is based on the true story of a Paris schoolteacher who encourages her students to engage with the Holocaust from a different perspective.

Jessica Chastain is The Zookeeper’s Wife (2017, PG-13) in the World War II drama based on a true story.

FilmStruck’s director of the week is Jane Campion and the collection spans from her award-winning short film A Girl’s Own Story (1984) to her Oscar-winning The Piano (1993, R) to Holy Smoke (1999, R) with Kate Winslet and Harvey Keitel.

Also debuting on FilmStruck are four comedies starring Fernandel, including Fric-Frac (France, 1939, with subtitles) with Arletty and Michel Simon and Julien Duvivier’s black comedy The Man in the Raincoat (France, 1957, with subtitles), and Masaki Kobayashi’s three-film epic The Human Condition (Japan, 1959-61).

New on Criterion Channel is Cherie (2009, R) with Michelle Pfeiffer.