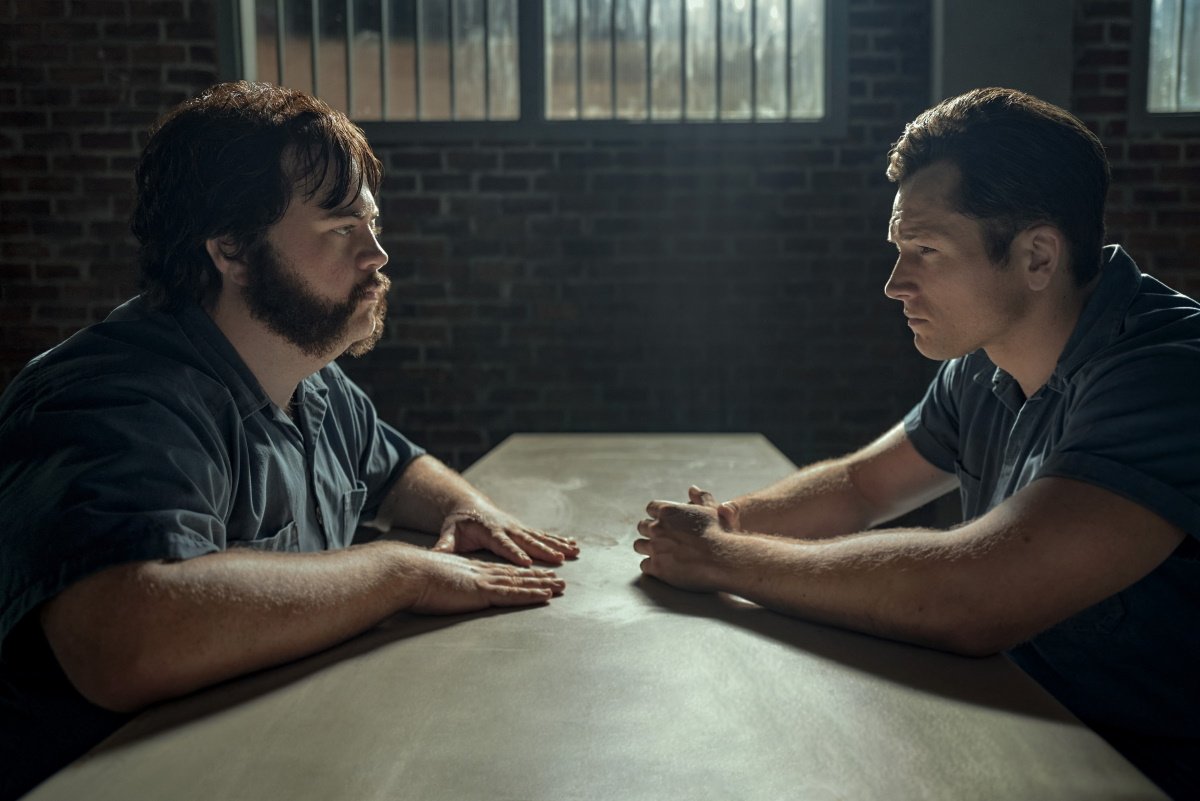 A convicted drug dealer (Taron Egerton) is pressured into going into a maximum-security prison for the criminally insane and getting a confession from a suspected serial killer (Paul Walter Hauser) in crime drama “Black Bird” (TV-MA). Dennis Lehane developed the miniseries, based on the true crime memoir by James Keene and Hillel Levin, and Greg Kinnear and Ray Liotta (in his final screen performance) costar. Two episodes available, new episodes on Fridays. (Apple TV+)

Michelle Yeoh gives a magnificent performance as an overwhelmed wife, mother, and businesswoman who reaches out to versions of herself from alternate realities in “Everything Everywhere All At Once” (2022, R). It’s an epic tale of regret, reconciliation, and acceptance played out in a wildly inventive mix of comedy, drama, and fantasy, a multiverse movie with emotion and imagination in place of superheroes. It also features the ultimate Everything Bagel. Stephanie Hsu, Ke Huy Quan, and Jamie Lee Curtis costar in the rapid-fire odyssey by Daniels (filmmaking team Dan Kwan and Daniel Scheinert). On VOD, also on DVD and at Redbox.

A young girl stows away on a ship on mission to hunt a legendary sea monster in “The Sea Beast” (2022, PG), an animated adventure from the director of “Big Hero 6” and “Moana” that channels “Moby Dick” for a tale of obsession and misunderstanding. It features the voices of Karl Urban, Jared Harris, Marianne Jean-Baptiste, and Dan Stevens. (Netflix)

A murder on Earth reaches to a utopian community on the moon in “Moonhaven: Season 1” (not rated) a science fiction thriller set 100 years in the future. Dominic Monaghan plays an Earth cop who joins a lunar cargo pilot (Emma McDonald) investigating a conspiracy in the protective community, and Joe Manganiello is a bodyguard who gets caught up in it. Two episodes available, new episodes on Thursdays. (AMC+)

Alexander Skarsgård is “The Northman“ (2022, R) in the Viking revenge thriller base on the same Medieval Icelandic legend that inspired William Shakespeare’s “Hamlet. Nicole Kidman, Claes Bang, Ethan Hawke, and Anya Taylor-Joy costar in the elemental adventure by Robert Eggers. Also on DVD and streaming on Peacock.

Also new is the crime drama “Memory“ (2022, R) with Liam Neeson as an assassin slipping into dementia and the political satire “18 1/2“ (2022, PG-13) starring Willa Fitzgerald as a White House transcriber caught up in the Watergate scandal.

The young adult romantic drama “Hello, Goodbye, and Everything in Between“ (2022, TV-14) stars Talia Ryder and Jordan Fisher as a high school couple who makes a pact to break up before college. Based on the novel by Jennifer E. Smith.

Shot in and around Portland, Oregon, “Leave No Trace“ (2018, PG) is a touching drama about a troubled vet and loving single father (Ben Foster) trying to raise a daughter (Thomasin McKenzie) off the grid.

True stories: “Girl in the Picture“ (2022, TV-MA) is the latest true crime documentary to dig into a mystery with a stranger than fiction story behind it.

Streaming TV: a quiet high school senior (Lana Condor) dies in an accident and comes back as a ghost in the comedy “Boo, Bitch: Season 1“ (TV-14). Also new is the CW superhero series “The Flash: Season 8“ (TV-14).

International TV: an armed gang takes over a psychiatric prison to capture a serial killer in the limited series “The Longest Night“ (Spain, 2022, TV-MA, with subtitles) and “King of Stonks: Season 1“ (Germany, TV-MA, with subtitles) follows an ambitious startup entrepreneur as he lies, cheats, and schemes to make his company a success.

The romantic comedy “Maggie: Season 1“ (TV-14) stars Rebecca Rittenhouse as an unlucky-in-love psychic whose dates are complicated when she starts seeing glimpses of her own destiny.

Inspired by a true story, “Minamata“ (2021, R) stars Johnny Depp as photojournalist W. Eugene Smith as he investigates mercury poisoning in Japan in 1971.

Memories become unreliable in the mysterious “Ultrasound“ (2022, not rated), a mix of science fiction and horror starring Vincent Kartheiser.

“Sidewalk Stories“ (1989, R) is a touching contemporary silent movie from filmmaker Charles Lane, who stars as a homeless street artist who adopts a little girl abandoned on the streets of New York City.

The limited series “America the Beautiful“ (TV-PG) is a natural history documentary on the wildlife of the United States.

The limited series documentary “37 Words“ (2022, not rated) looks at the long civil rights battle to make equal rights in education and athletics law with Title IX.

The animated series “Duck & Goose: Season 1“ (TV-Y) is inspired by the children’s book by Tad Hills.

“Directed by Blake Edwards” collects six films spanning the many genres the filmmaker explored, including his tense crime thriller “Experiment in Terror“ (1962) with Glenn Ford, social drama “Days of Wine and Roses“ (1962) starring Jack Lemmon as a recovering alcoholic, and the colorful gender-bending musical comedy, and “Victor/Victoria“ (1982, PG) with Julie Andrews and James Garner.

The documentary “Tigrero: A Film That Was Never Made“ (1994) journeys into the Brazilian jungle with director Samuel Fuller to tell stories of a film he tried to make in the 1950s.

The documentary “This Much I Know To Be True“ (2022, not rated) explores the creative relationship between musicians Nick Cave and Warren Ellis on their last two albums.