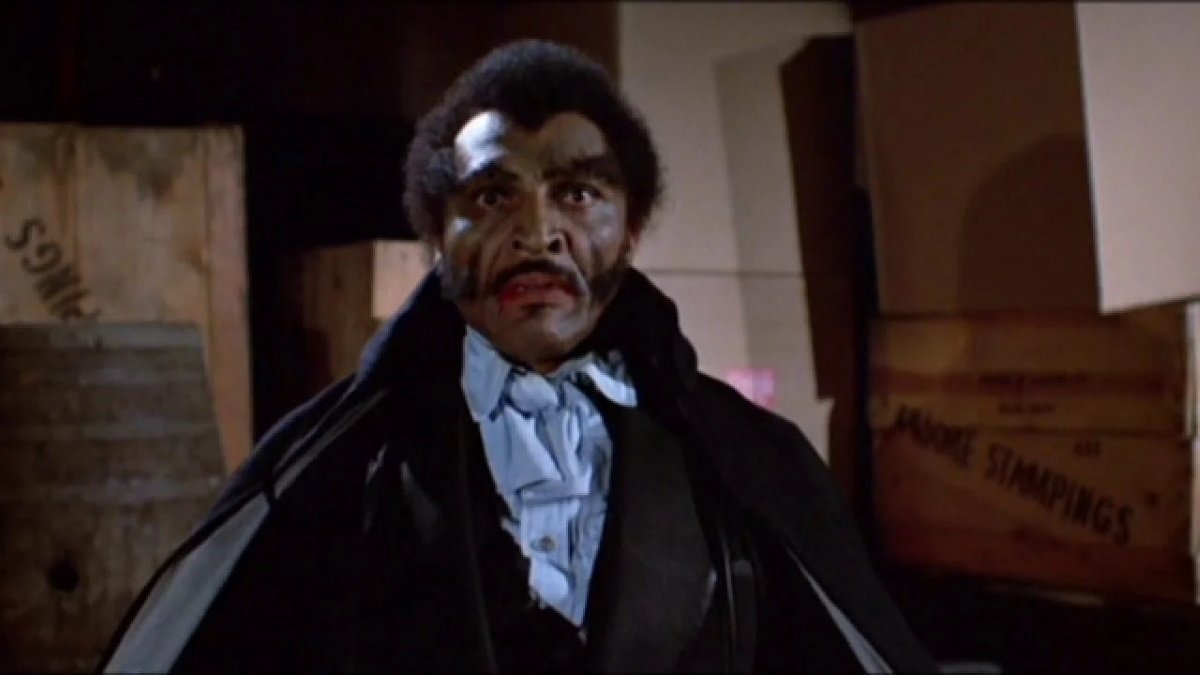 The “blaxploitation” films of the 1970s—the term referred to exploitation films featuring African-American heroes and anti-heroes—leaned heavily on urban crime dramas and gangster movies but soon reached out to other genres, including westerns and horror films. The first and most successful of these was Blacula (1972), directed for American International Pictures by William Crain and starring William Marshall as an African Prince transformed into a vampire.

Marshall, a Shakespearean actor with a rich baritone voice, plays Manuwalde, a European-educated 18th century African prince who appeals to the Count Dracula for help in ending the slave trade. Never known as a great emancipator, Dracula puts the bite on Manuwalde, dubs him “Blacula” (the only time the name is uttered in the film), and imprisons him in a casket.

Stirred to life, so to speak, centuries later in Los Angeles by gay antique hunters, he steps into the soulful 70s and splits his energies between feeding his bloodlust and wooing a young beauty (Vonetta McGee), a dead ringer for his long dead wife. Thalmus Rasulala is a modern medical professor turned urban Van Helsing and legendary Hollywood character actor Elisha Cook Jr. has a bit part as a coroner with a hook for a hand.

The potential for a clever urban black twist on the European vampire myth is lost in a thoroughly conventional tale. Marshall is under enough sloppily applied facial hair to make him a wolfman and his victims walk around with a plastic blue pallor. But despite the limitations, Marshall delivers a strong, seductive performance. He creates a magnetic, aristocratic character and infuses his monster with a sense of loss and sadness in the climax.

It also touches on the legacy of slavery and offered a different kind of African-American anti-hero, cursed by vampirism and bloodlust yet devoted to the rights of black men and women. Tt was a hit, spawning a sequel, Scream, Blacula, Scream, and inspiring Blackenstein.