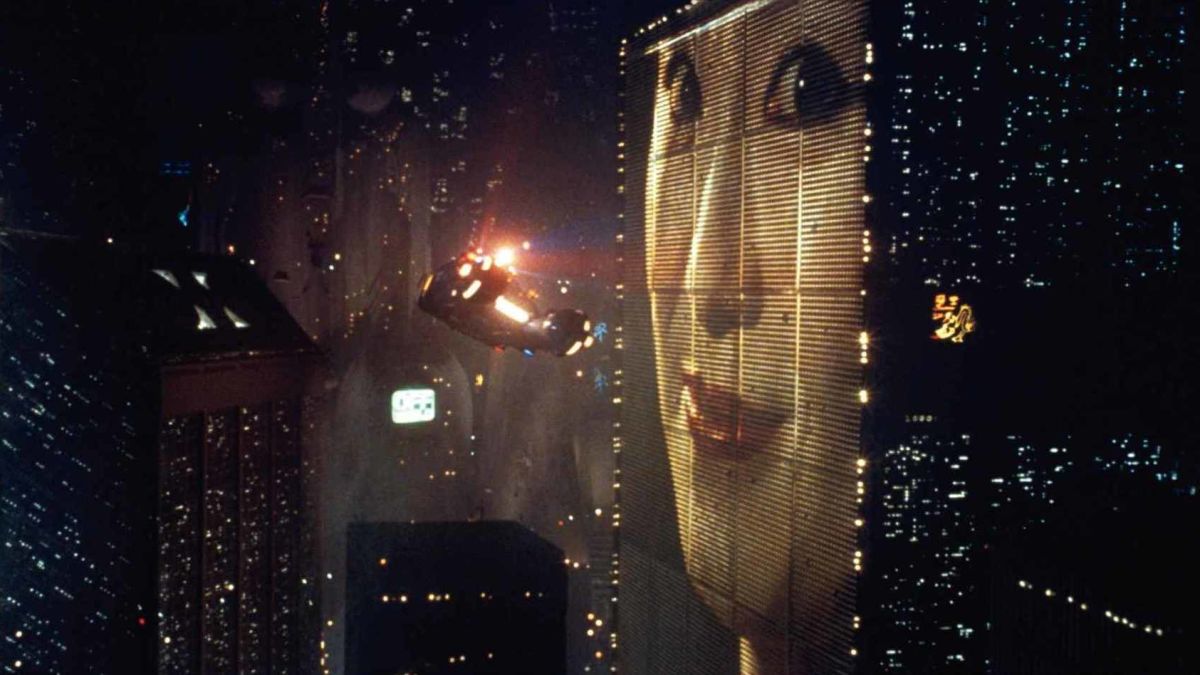 Blade Runner: The Final Cut (1981/2007) – Ridley Scott’s visionary reworking of Philip K. Dick’s novel, “Do Android’s Dream of Electric Sheep,” was a box-office flop. Maybe it was too dark for a public flying away on the fantasy of E.T. in the summer of 1982, or too downbeat for audiences looking for a Harrison Ford adventure romp. But what failed on summer cinema screens lived on as a cult movie in midnight screenings and on home video, where it colonized the imaginations of writers, directors, and die-hard fans of science fiction.

Harrison Ford plays Rick Deckard, a retired cop right out of 1940s private detective movies—rumpled, sardonic, a loner—dropped into the neon-lit, rain-slicked streets of 2019 Los Angeles, a sprawling metropolis of skyscraper slums kept in perpetual night thanks to pollution that has turned the skies black. Into this hell on Earth arrives five Replicants, slave clones created to have enhanced strength and dexterity and (in one case) intelligence but genetically stamped with limited life-spans. They’re essentially slaves created to work in the dangers of space who have escaped their shackles and returned to Earth in search of their creator and a reprieve on their biological death sentences. And they are led by the intense, enigmatic, platinum-haired Roy Batty, played by Rutger Hauer with a mix of playful genius and barely-contained anger.

Much of PKD’s original story was discarded, but the densely realized polyglot street subculture looks more prescient than ever, and Scott’s sensibility turns the pulp story into a dystopian odyssey. It’s a science fiction noir on the mean streets of a dying urban culture taken over by pedestrians and street venders while the cars take to the skies.

Blade Runner has been branded a “flawed masterpiece” but what makes it a modern science fiction cinema great is how the “masterpiece” side of the equation overwhelms the “flaws.” It’s an overwhelming, immersive experience, a total creation of a possible future so complete that you don’t need exposition to know how we got from here (whether release date 1982 or whenever you manage to see it) to there (Scott’s 2019). You can see it in the architecture of the slums, where the future is built over the foundation of the past. In the pollution spewing into the eternal night of dark skies, the constant rain, the street culture of overpopulation and poverty. The city sprawls as far as the eye can see, a continent-wide slum with corporate castles towering over the grime. The only escape from this planet-wide urban blight is the promise of the off-world frontier advertised on ever-present floating billboards.

In the original release, Ford provided hard-boiled narration. Later versions removed the monologues (creating an eerier, more ambiguous atmosphere) and the tacked-on happy ending that made hash of the whole polluted planet premise. And in 2007, 25 years after its original release, Scott delivered what he promises is his final take on the compromised classic. The definitive version is full of minor adjustments (with subtle reverberations) and major corrections (Scott reshot the death of Zhora to get rid of a glaringly unconvincing body double), and the digital enhancements both refine the special effects and deliver a sparkling image. The remixed sound adds more density to the experience

But whatever incarnation of the film you prefer it looks more prescient even as we surpass the 2019 portrayed in the film. The future is now.

It was nominated for two Academy Awards for its visual effects and production design and added to the National Film Registry in 1993.

The original release featured dreary voice-over narration and a happy ending that made hash of the whole polluted planet premise, and the original VHS home video release featured the longer, international cut of the film. A workprint discovered in 1990 (and briefly released before Scott pulled it back) inspired a 1991 “Director’s Cut” version, sans the narration and happy ending and featuring a unicorn dream. But that was still a compromise version, as far as Scott was concerned, and he came back one more time for “The Final Cut.”

All five versions of the film are on the four-disc edition, plus all the supplements from the 1997 Blu-ray release of “Blade Runner: The Final Cut – Five-Disc Ultimate Collector’s Edition.” “The Final Cut” features a brief (under a minute) introduction by Ridley Scott and three commentary tracks: Ridley Scott solo; a producer’s track featuring Hampton Fancher with co-screenwriter David Peoples and others; and a “visuals” track with visual futurist Syd Mead, production designer Lawrence G. Paull, effects supervisors Douglas Trumbull, and others.

Disc two features the original theatrical cut, the international (longer) theatrical cut, and the 1991 Director’s Cut. Disc three features the workprint (with optional commentary by Paul M. Sammon, author of “Future Noir”) and the rest of the supplements, notably the excellent documentary “Dangerous Days: The Making of Blade Runner,” an obsessively exhaustive 3 ½ hour production created for the 2007 release and featuring original interviews with the cast and crew (including Harrison Ford, who hadn’t talked about the film for decades) and an unprecedented collection of previously unseen rehearsal footage, outtakes, and alternate takes to illustrate the remembrances. It also includes featurettes on the film and the source material, audio-only interview with Philip K. Dick (conducted before the release of the film), deleted and alternate scenes, screen tests, galleries, and other original and archival supplements.

Also includes a bonus DVD edition of “The Final Cut” and an UltraViolet digital copy for download and instant streaming, and an accompanying booklet with behind-the-scenes stills and production artwork. And finally, it includes a small plastic toy spinner, as seen in the film.

There’s also a 3-Disc Blu-ray book release without the box, the toy, or the bonus DVD, and the suggested retail price is $30 less, which makes it the bargain alternative, and a 2-Disc edition.