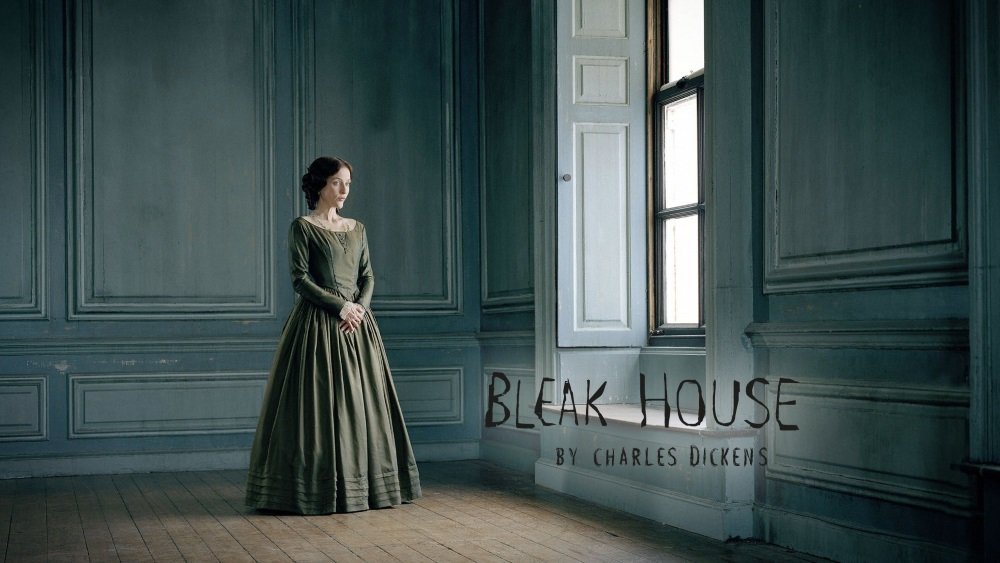 Gillian Anderson is the icy and tormented Lady Dedlock in Bleak House (2005), the BBC mini-series adapted from the Charles Dickens novel. Anderson gets top billing, but her melancholy performance is just one beautiful turn in a rich ensemble.

The epic tale of love, murder, scandal, and a legal fight over an inheritance that drags on for generations follows three young characters as the center of the case—siblings and potential heirs Richard (Patrick Kennedy) and Ada (Carey Mulligan in one of her earliest screen roles) and their benevolent and innocent companion Esther (Anna Maxwell Martin of The Bletchley Circle and Death Comes to Pemberley), a woman whose potentially scandalous origins are shrouded in mystery—but the story encompasses a huge cast of characters, all with their own goals which are not always evident.

The eight-hour drama was adapted by the BBC’s master teleplay craftsman Andrew Davies, who breaks with tradition to shape the novel into a series of dramatically packed half-hour episodes, perhaps to reflect the serialized format of the original publication of the novel (which played out in magazine installments), or perhaps as an inspired approach to re-energize the literary genre. Regardless of his intentions, it makes for an often breathless adaptation and directors Justin Chadwick and Susanna White drive the drama with a headlong pace and a handheld camera that gives the production an energy missing from so many literary adaptations made for TV. Charles Dance is commanding as the ruthless barrister Mr. Tulkinghorn and Denis Lawson, Nathaniel Parker, Timothy West, Alun Armstrong, Pauline Collins, John Lynch, and Ian Richardson are among the co-stars.