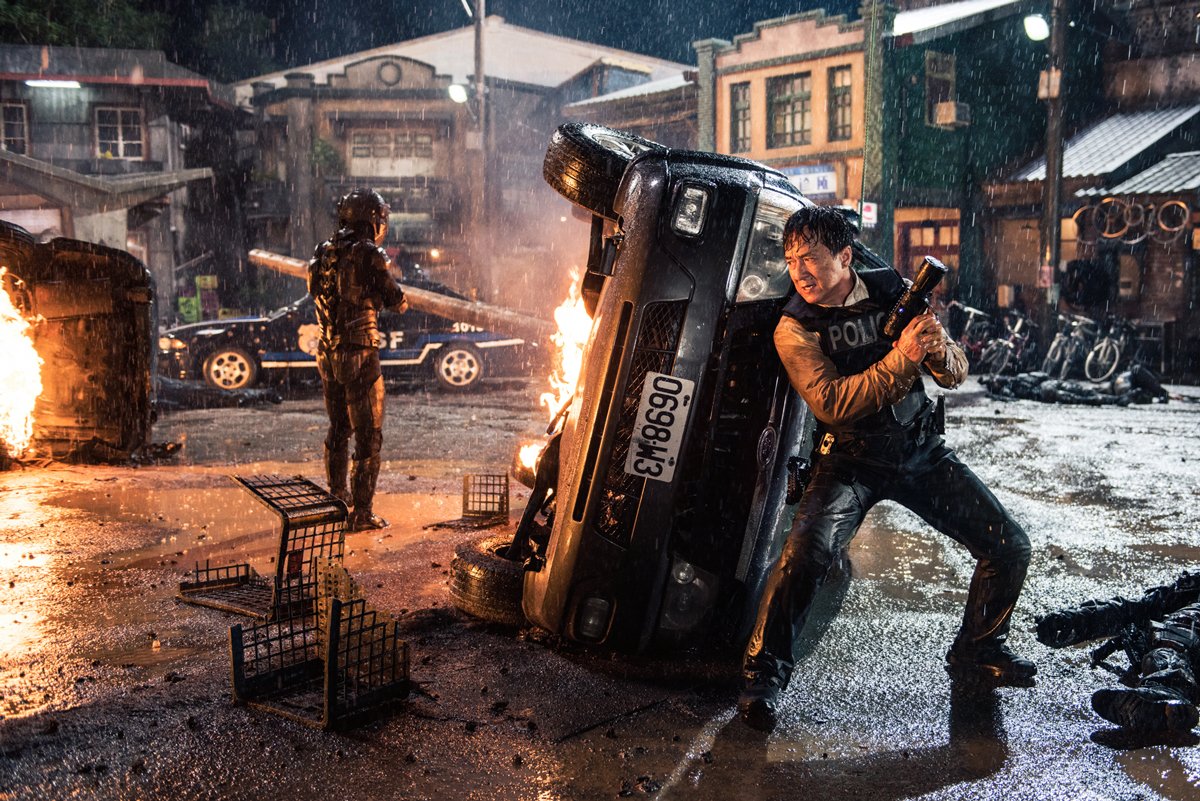 Jackie plays a Special Forces officer whose duty takes him from his dying young daughter to protect a bioengineering scientist from a criminal with a robot heart who looks like a comic book supervillain. 13 years later, Chan watches over a Chinese college girl with unnatural healing abilities and nightmares that hold the secrets of bioengineered blood that can create an army of super soldier “bioroids.”

Jackie plays the sober, serious hero while young co-star Show Lo carries the comedy as Leeson, a mysterious young hacker who joins Jackie’s mission to save the girl. The confusing plot involves a secret identities, a science fiction author who inadvertently reveals classified secrets in his new novel, an army of masked baddies that could have emerged from a cheap 1980s sci-fi knock-off, and a race to find the lost formula.

Though Jackie is no longer able to execute the gymnastic martial arts moves and dangerous stunts of his prime, the Jackie Chan Stunt Team is still one of the best at staging and executing ambitious stunts and memorable set pieces and this film features a fight on the fins of the Sydney Opera House and a final battle in a high-tech villain’s lair out of a classic James Bond movie. The rest is a busy, sloppy, at times goofy action spectacle with lazy science fiction flourishes and unnecessary characters. A far cry from the clown prince of kung fu’s best work but Jackie is still a wonder.

, iTunes, GooglePlay and/or other services. Availability may vary by service.
Bleeding Steel [Blu-ray]