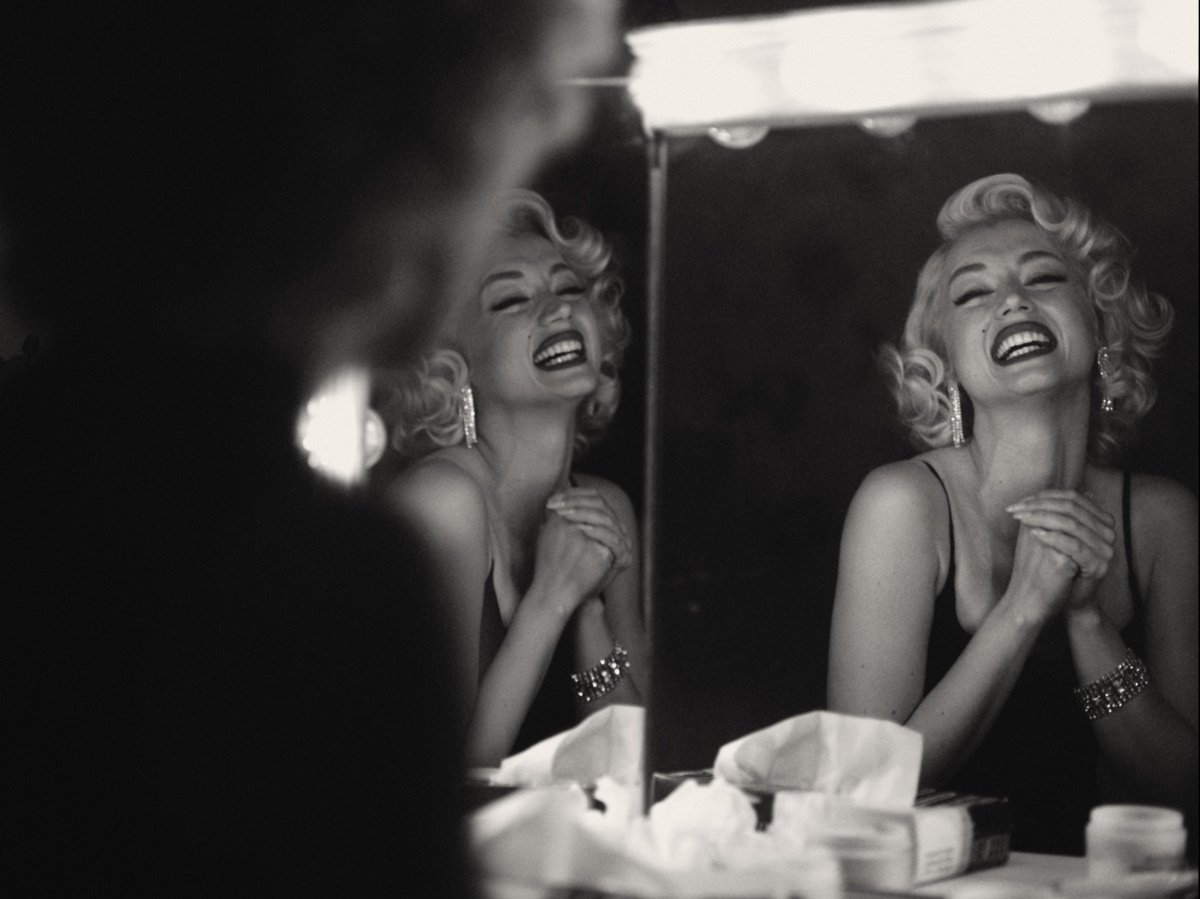 Ana de Armas is Marilyn Monroe in “Blonde” (2022, NC-17), a reimagined fictional portrait of the Hollywood icon from director Andrew Dominik. Based on the novel by Joyce Carol Oates, this controversial portrait explores the chasm between the emotionally vulnerable woman and the sex symbol she projected and paints Monroe as a victim abused by the men in her life. Like the novel, the movie plays loose with the facts and is less interested in her work as an actress than the emotional torments of her life. The explicit scenes of degradation earned the film its NC-17 rating. Adrien Brody costars as Arthur Miller, Bobby Cannavale is Joe DiMaggio, and Julianne Nicholson is her mother. Streams weeks after its film festival debut. (Netflix)

The soapy legal drama “Reasonable Doubt: Season 1” (TV-MA) stars Emayatzy Corinealdi as an elite Los Angeles lawyer who plays fast and loose with the law for her clients and juggles romantic and family problems along with her cases. Created and written by Raamla Mohamed, a veteran of “Scandal,” and executive produced by Kerry Washington (who directs the pilot), it costars Michael Ealy and Sean Patrick Thomas. Two episodes available, new episodes on Tuesdays. (Hulu)

Jake Gyllenhaal and Yahya Abdul-Mateen II are bank robbers who steal an “Ambulance“ (2022, R) and take a paramedic (Eiza González) hostage on their flight across Los Angeles. Michael Bay returns to his roots as a director of high-speed action cinema with this energetic heist-gone-wrong thriller. (Prime Video)

Lady Gaga stars with Adam Driver, Jared Leto, Jeremy Irons, and Al Pacino in “House of Gucci” (2021, R), based on the scandalous true story of scheming, betrayal, and murder. Ridley Scott directs the mix of crime thriller and overheated high society melodrama. New to Paramount+ and still on Prime Video.

International pick: in the drama “A Chiara” (Italy, 2021, R, with subtitles), a teenage girl (Swamy Rotolo) investigates the disappearance of her father and uncovers his connections to the crime syndicate that controls the Calambrian region of Italy and the tacit approval of her family. It won the Directors’ Fortnight Award at Cannes. (Hulu)

Tom Cruise returns to lead the next generation of jet fighter pilots in “Top Gun: Maverick“ (2022, PG-13), the top box-office hit of the year.

True stories: the limited series “Eat the Rich: The GameStop Saga“ (TV-MA) revisits the efforts of millennial gamers to turn the tables on Wall Street and “Human Playground: Season 1“ (TV-MA) explores the origins and evolution of play across the globe, from ancient times to the billion-dollar businesses of the present.

International passport: a teenager goes on an odyssey to find her mother in “Rainbow“ (Spain, 2022, TV-MA, with subtitles), a surreal reimagining of “The Wonderful Wizard of Oz” set in modern Spain.

International TV: “The Empress: Season 1“ (Germany, TV-MA, with subtitles) combines romantic drama and palace intrigue in 1800s Austria. Also new is “Flower of Evil“ (South Korea, TV-14, with subtitles), about a serial killer is married to a police detective investigating his murders.

The award-winning drama “Nitram“ (2021, not rated) retells the true story of the isolated young man (Caleb Landry Jones) who perpetrated the worst mass shooting in the history of Australia.

More streaming TV: the entire “Ramy: Season 3“ (TV-MA) drops this week along with the first two episodes of “The D’Amelio Show: Season 2“ (TV-14).

Harrison Ford stars in “The Call of the Wild“ (2020, PG), an adventure based on the Jack London novel, with an entirely CGI-created dog in the leading role.

Elsie Fisher and Amiah Miller star in “My Best Friend’s Exorcism“ (2022, R), a horror comedy based on the novel by Grady Hendrix.

Set in near-future London, “Jungle: Season 1“ (2022, TV-14) follows the connected lives of several strangers through the prism of UK rap and drill music.

“The Greatest Beer Run Ever“ (2022, R) stars Zac Efron as a civilian who flies to Vietnam in 1967 to share a brew with his childhood friends while they serve in combat. The based-on-a-true-story comedy costars Russell Crowe and Bill Murray.

“José Feliciano: Behind This Guitar“ (2022, PG-13) surveys the career of the legendary singer and guitar master from the slums of Puerto Rico to the world stage and nine Grammy awards.

The four-part true crime docuseries “Murder in the Valleys“ (not rated) centers around the biggest murder investigation in Welsh history.

The docuseries “Queer for Fear“ (not rated) explores the history of LGBTQ+ horror and the relationship between queer audiences and horror. New episodes on Fridays. (AMC+ and Shudder)

“Nothing Compares“ (2022, TV-14) charts the career and life of Sinéad O’Connor, whose political engagement led to her fall from the pop mainstream.

“Mystery Road: Origin“ (not rated) is a prequel to the Australian mystery series with Mark Coles Smith taking the role of Indigenous detective Jay Swan.

The five-part psychological drama-thriller “The Dark Heart“ (Sweden, not rated, with subtitles), based on real-life events, is directed by Gustav Möller (“The Guilty”).

“Directed by Carlos Saura” collects thirteen films from the Spanish filmmaker who pushed the envelope of subject matter and political dissent during Francisco Franco’s authoritarian rule, from his daring feature debut “The Hunt“ (1966) to “Marathon“ (1993), his documentary of the XXV Olympiad Barcelona 1992. It includes such acclaimed films as “Peppermint Frappé“ (1967) and “Cría cuervos…“ (1976) with Geraldine Chaplin and the allegorical satire “The Garden of Delights“ (1970). All from Spain, with subtitles.

The romantic comedy “Ten Tricks“ (2022, not rated) stars Lea Thompson as a glamorous madam who finds her options limited when she wants to start a family. Also debuts on VOD.