Is it too sweeping to call Jack Terry, the movie soundman of Brian De Palma’s Blow Out (1981), John Travolta’s best performance ever? So be it. Who knew that De Palma—a director still more often than not dismissed as a technician with a Hitchcock obsession, a facility for bravura camerawork, and a penchant for split screens—would be the director to best showcase Travolta’s talents post Saturday Night Fever? Or that Travolta would help bring out the best in De Palma? Fresh off the success of his psycho-sexual dream/nightmare cinema of Dressed to Kill, Blow Out takes us out of the sleek, stylish, rarified worlds of the affluent and drops us into the working class street culture of urban Philadelphia, where the flag-waving bash surrounding the Liberty Bell Bicentennial comes off like a small town civic celebration blown up by a big city budget.

De Palma’s story is built around Jack Terry, a sound engineer on B-movies played with easy amiability and modest professionalism by Travolta. Front and center is the actor’s easy likability and screen warmth, a regular guy in the right place at the wrong time as an earwitness to a car accident and a gunshot. What was to be a humiliating scandal involving a political candidate veers into assassination, with our hero saving a hooker (Nancy Allen) from a drowning car and the police hushing up the entire incident. Not out of knowing complicity, mind you, simply playing ball to protect a political reputation in death. At first it galls Jack. Then, as evidence is destroyed and witnesses murdered, it scares him. He’s the blue collar everyman, less an idealistic champion of justice than a guy tired of being lied to. Plus, as long as the truth is buried, he’s a target of the self-styled “Liberty Bell Killer,” the façade our sinister and unstable political operative (a slim, unsettlingly non-descript John Lithgow) appropriates to cover up his real endgame.

Blow Out arrived in 1981 at the end of the seventies run of political conspiracy thrillers like an aftershock. Critics were quick to jump on the connections to Michelangelo Antonioni’s Blowup (it’s not like the title or the premise made it hard to come to that conclusion) and the echoes of Chappaquiddick, Watergate and various political assassinations of recent history. But it’s also classic De Palma, with its sinister elegance, meticulous cinematic choreography, voyeuristic obsessions, and fascination with guilt, as well as his most human and mortally vulnerable film. Jack and Sally (Allen’s gum-smacking, street smart girl with bad judgment) aren’t a traditional romantic duo, which makes the unspoken attraction and growing friendship all the more affecting. There’s potential here, the possibility of romance between a loner haunted by a past guilt and a girl with trust issues, conveyed through his protective instincts for her, her growing trust in him, and the growing comfort and physical interaction between the actors. De Palma’s sleekly brutal climax has been dismissed as cynical. I call it tragic without a trace of irony. It’s just the price of survival in a predatory world.

On DVD and Blu-ray in a deluxe Criterion edition and on SVOD through Amazon Video, iTunes, GooglePlay and/or other services. Availability may vary by service.
Blow Out (The Criterion Collection) [Blu-ray]

Blow Out (The Criterion Collection) [DVD]

Criterion beautifully remasters the film in a restored digital transfer, supervised and approved by De Palma, for a generously supplemented two-disc DVD edition and single-disc Blu-ray debut. No commentary track (De Palma has never recorded audio commentary for any of his releases to date) but De Palma does sit down with filmmaker Noah Baumbach for a new hour-long discussion of the film. There is also a new 25-minute interview with actress Nancy Allen and a 15-minute interview with Garrett Brown, the camera operator for the Steadicam shots in the film and the creator of the Steadicam (as well as numerous other camera accessories); he provides a practical demonstration of his equipment as part of the interview. The rarity in this collection of supplements is De Palma’s complete 1967 experimental feature Murder á la Mod, restored and presented in 1080p HD on the Blu-ray edition.

The set is completed by a gallery of on-set photos by photographer Louis Goldman and an accompanying booklet featuring an original essay by critic Michael Sragow and a reprint of Pauline Kael’s 1981 review of the film for “The New Yorker.” 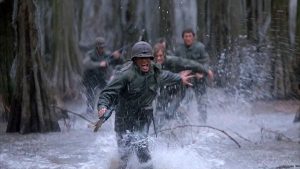 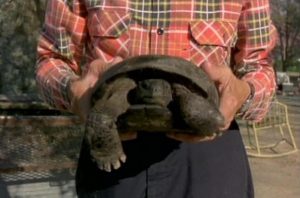