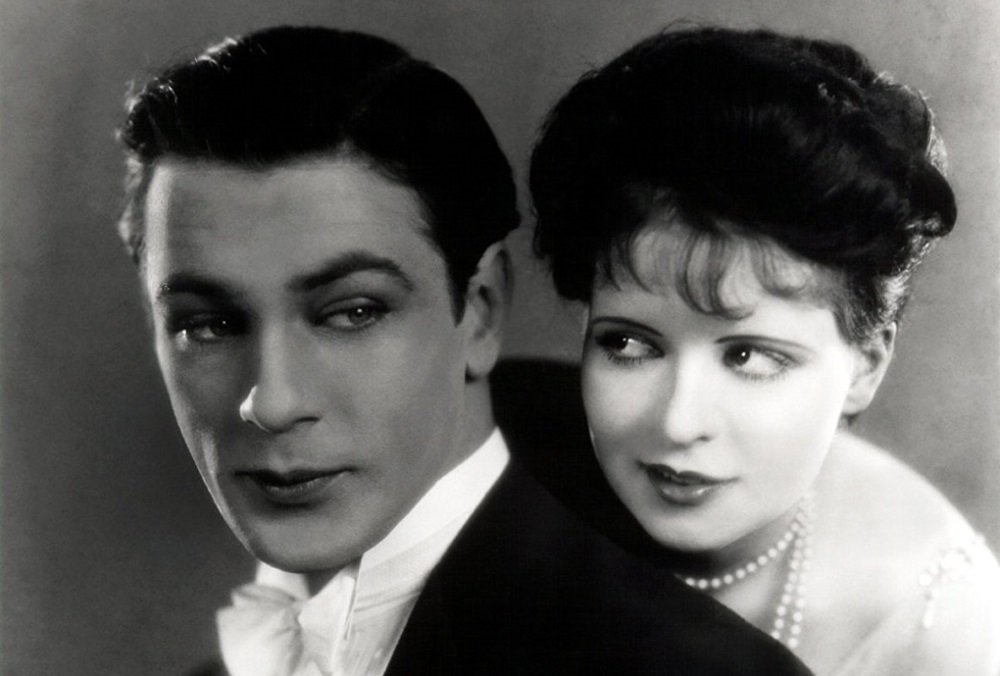 Children of Divorce (1927) (Flicker Alley, Blu-ray+DVD) is one of those silent films that isn’t exactly a classic but possesses an irresistible allure. The star power and cinematic charisma of Clara Bow, the definitive flapper of the silent era, and young Gary Cooper lights up this somewhat silly melodrama of the young, beautiful and idle rich who treat marriage as a game.

It opens on a “divorce colony” in Paris, where the recently single society players goes to pair off once again in hopes of upgrading. To grease the wheels of romantic negotiations, the kids are dropped off in an orphanage filled with the inconvenient children of the newly (and temporarily) single. That’s where little Kitty Flanders is abandoned to the nuns, and where she meets her new best friends: Jean Waddington and Teddy Lambie, also abandoned by divorced parents. It’s heartbreaking and heartwarming at the same time.

Jump ahead to “America – Years Later” and Clara Bow is the party girl spitfire Kitty Flanders, raised by an oft-divorced mother to marry into money. Cooper is her best friend Teddy, a high-living society boy who leaves his reckless ways behind when he falls in love with Jean (Esther Ralston), a childhood friend who is sick of the empty society life. He gives up the social tornado for Jean, Kitty keeps pulling him back in, and the story contrives to wed Teddy and Kitty in a ceremony that Teddy can’t even remember, which of course leads to misery and regret for all until an equally contrived ending.

The portrait of a glamorous but emotionally bankrupt high society and the cycle that churns it back into each new generation is intriguing and the production is handsome, with elegant direction by Frank Lloyd, but the screenplay is strident and simplistic and contrived. Gary Cooper is miscast as the worldly, shallow society swell but he’s a marvelous presence and makes sparks with Bow (they became lovers offscreen during the production of the film) and this is their only onscreen pairing. It’s a curiosity for fans of the stars at the very least, a drama that stumbles over every cliché with the grace of Hollywood craftsmanship at its zenith.

The film makes its home video debut in a dual format Blu-ray+DVD edition mastered from a new 4K scan from the Library of Congress restoration, which was created from compromised archival materials; the image quality is good with minimal damage (the only significant visible degradation comes at the 60-minute mark, as Clara Bow writes a letter), thanks to 200 hours of lab work.

Features an original score compiled and arranged by Rodney Sauer and performed by the Mont Alto Motion Picture Orchestra. Both discs include Hugh Munro Neely’s 1999 documentary Clara Bow: Discovering the “It” Girl, which was originally produced for Turner Classic Movies.