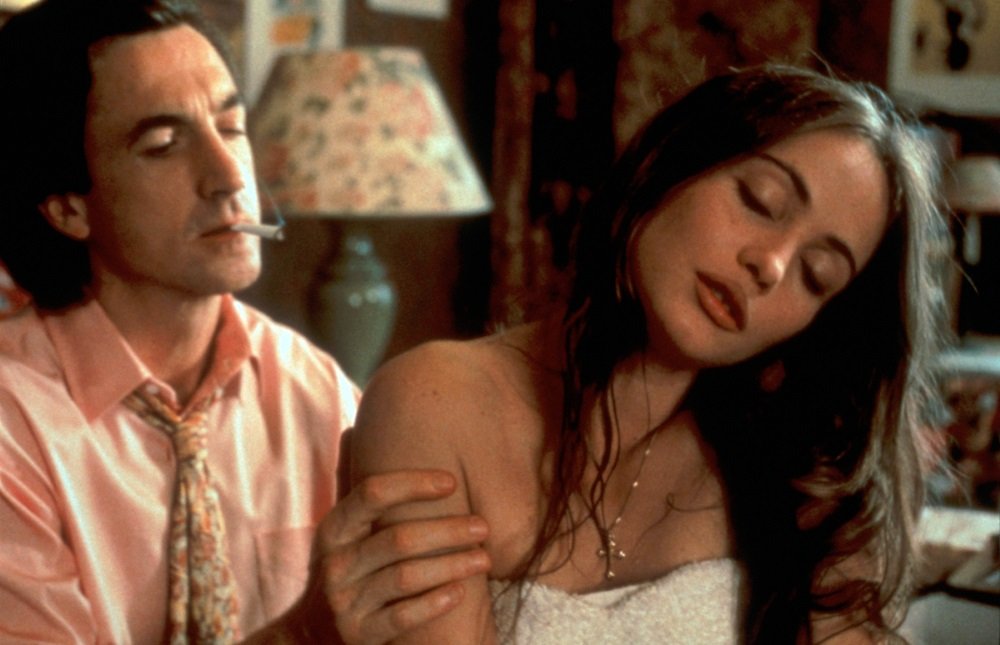 Betty / Torment / The Swindle: 3 Classic Films by Claude Chabrol (Cohen, Blu-ray) – Claude Chabrol has been called the Gallic Hitchcock because of his fascination with the Master of Suspense (he co-authored the first groundbreaking study of Hitchcock with Eric Rohmer in 1957) and his career-defining work in the suspense genre.

But where Hitchcock is fascinated by doubles and guilty innocents, by the everyman rising to the challenge when his very existence is questioned and redefined and spinning out of control, Chabrol is more interested in the killers and their loves ones, in the inner lives and the possibilities that may save them from themselves, and in the ambiguous relationships and emotional connections between victims and victimizers. At their best, his films reveal characters with complex psychologies and often destructive and unhealthy relationships. This collection presents three Chabrol films from the 1990s that emphasize the psychological troubles of the characters.

Betty (France, 1992), based on a novel by Georges Simenon, stars Marie Trintignant as the boozy title character we meet at a bar: her eyes sunken, her expression blank, a dead smile greeting the man who inadvertently introduces her to the two people who will get her through her suicidal depression: the maternal Laure (Stéphane Audran), a middle-aged widow living in a Versailles hotel, and Mario (Jean-François Garreaud), owner of the restaurant that seems to give strays a home. Her story comes in fragments: married to a successful lawyer dominated by a controlling mother, she loses herself in an affair with a young medical student, a distraction that becomes an act of defiance and, finally, the leverage for mother to banish Betty from her world while keeping hold of her grandchildren. Neither mystery nor crime thriller, Betty is a psychological drama in two halves: the flashback story of a sexually-frustrated wife, a weak-willed husband, and a chilly matriarch who continues to command the lives of her grown children, who still live in her home, and the present story of Betty as a woman adrift nurtured by the kindness of a stranger, with both stories built on an almost Darwinian perspective on social survival.

Torment (France, 1995), which was released in the U.S. under its original French title L’Enfer, stars François Cluzet as a happily married man who becomes demented with jealousy over his sexy wife Nelly (Emmanuelle Beart). It should be a storybook marriage—they love each other madly and have worked together to turn their little lakeside inn into a gorgeous resort getaway while raising an adorable son—but Paul’s jealousy spins to insane proportions. Hallucinations and nightmares twist his dementia until he imagines her sleeping with every man in sight and his obsessive spying turns Nelly’s life into a living hell (which, coincidentally, is a more accurate translation of the film’s title). It’s based on a screenplay by Henri-George Clouzot written for the unfinished film that was the subject of the 2009 documentary Henri-George Clouzot’s Inferno. Chabrol injects Clouzot’s dark, misanthropic tale with a soupçon of Hitchcock’s voyeuristic obsessions and with his own empathy for the tormented husband. It makes him far more interesting than merely a madman but it comes as the expense of the wife, who is portrayed as an angelic sexpot with little dimension. It is, however, a riveting psychological portrait of madness and pathological jealousy and the chilling conclusion leaves the viewers uncomfortably nestled in his madness.

The Swindle (1997), starring Isabelle Huppert and Michel Serrault as con artists and François Cluzet as their clever (possibly duplicitous) mark, is a lightweight thriller in contrast. Chabrol focuses more on the insular sparring of longtime cohorts Huppert and Serrault rather than the details of the con spinning out of control, and the complications spring almost from nowhere. It takes too long to get started and the playful coda is far too precious, but Chabrol builds to a vice grip tension as small timers face the terror of big time killers, playing their little cons for their very lives.

All three films are on DVD and still in print (from KimStim and New Yorker, respectively). Cohen has remastered all three for this three-disc set on Blu-ray only. Each film is in French with English subtitles and is presented on a separate disc. The supplements are new to this collection: commentary on both L’Enfer and The Swindle by film critics Wade Major and Andy Klein and an archival interview with actor François Cluzet on The Swindle.