The Hound of the Baskervilles (1959) (Twilight Time, Blu-ray) – Hammer Films had just launched their full color revivals of the classic movie monsters when they tackled Sherlock Holmes, giving him the Gothic treatment in a mix mystery and supernatural horror.

Peter Cushing is perfectly cast as the great detective, the very embodiment of science and reason (which also made him such a great Van Helsing in the Dracula series) in a case wound around a legacy of aristocratic cruelty and a devilish dog wandering the swampy moors. Christopher Lee is a less satisfying fit as young lord Baskerville, the last of the “cursed” family, waffling between fear and apathetic disregard, but Andre Morell is a fine Dr. Watson and a far cry from Nigel Bruce’s sweet bumbler from the Hollywood incarnation of the 1940s.

Director Terence Fisher was Hammer’s top stylist and the film drips with the mood of the moors, mist hanging in the air, the dying vegetation itself threatening to come to life and trap the next unwary traveler. It was, as Twilight Time’s house historian Julie Kirgo notes, the first Sherlock Holmes feature shot in color and Fisher brought Hammer’s distinctive, rich palette to the material. It’s a shame that Hammer did not continue making Holmes movies; Fisher brings a different kind of sensibility to the material and Cushing makes one of the great Holmes (he reprised the role in BBC TV series later in the 1960s).

Never before on Blu-ray in the U.S., this edition is mastered from a new HD transfer by MGM. The elements are a little faded and the video quality fluctuates a little. This is not a restoration but it is a high-quality master from archival elements and a major improvement in clarity and color from the earlier DVD release. 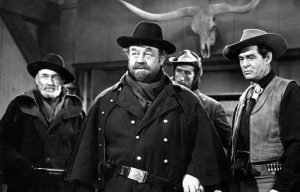 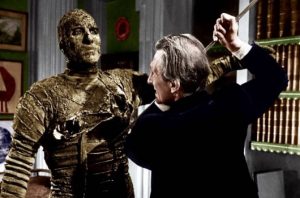 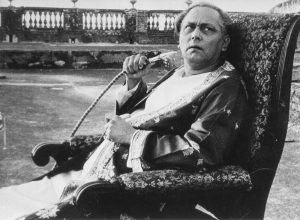