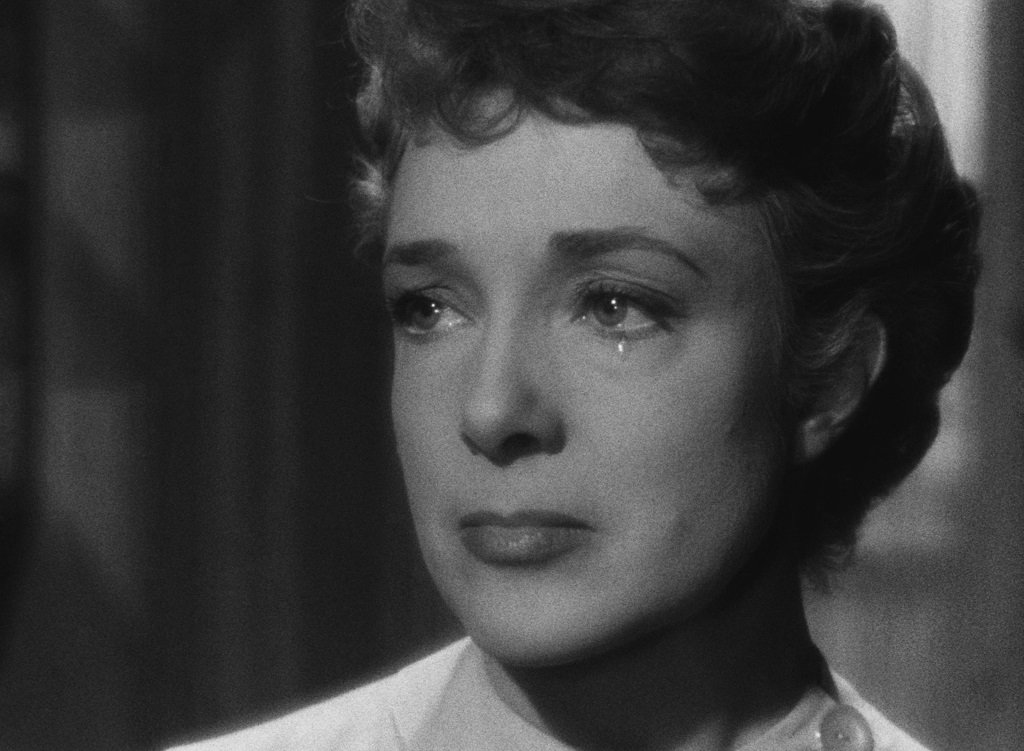 Jean Grémillon was one of the great French film directors of the golden age with a career that spanned from the end of the silent era through the late 1950s, but is one of the least known to American audiences and very few of his films are available in the U.S. (in fact, the only previous releases I’m aware of are three films on the Eclipse set Jean Gremillon During the Occupation). The Love of a Woman (France, 1953), his final feature, confronts a modern theme in the rural, conservative culture of an island community of sailors off the coast of France.

Micheline Presle is the new community doctor, a single, relatively young woman who must prove herself to a population suspicious of outsiders and a culture steeped in chauvinism. Massimo Girotti is an Italian engineer working on the island who challenges the provincial attitudes as he romances the doctor, but too is trapped in traditional views of marriage and forces her to choose: love or career. It takes on themes that were also being grappled with in American cinema after the war with a sympathetic portrait of women professionals in a culture that constantly challenges them to prove themselves and demands they sacrifice career for marriage. The choice is put into focus when the retiring schoolteacher, the doctor’s only real friend on the island, contemplates retirement as a spinster.

Grémillon makes the beautiful but isolated island landscape a central part of the film and the location photography gives the film a magnificent palette, both poetic and naturalistic. And though the film never directly challenges the attitudes of the men, it makes clear that while the engineer realizes that her career is part of her identity (“I have no right to turn her into something she’s not,” he explains to another man), he lacks the capacity to accept her as an equal. It’s an intelligent, elegant film with beautiful cinematography and fine performances and it broaches feminist ideas with a directness and frankness rare in its day.

Blu-ray+DVD combo pack from Arrow Films includes the feature-length 1969 documentary “In Search of Jean Grémillon” produced for French TV on both discs in the set.
The Love of a Woman (2-Disc Special Edition) [Blu-ray + DVD]

Spotlight on a Murderer (France, 1961), the third feature from French director George Franju, is an Agatha Christie-like mystery set in an ancient castle. Jean-Louis Trintignant stars as the young hero who speeds into the film in a sports car to join relatives he barely knows as one of the surviving relatives of a dying uncle gathered for the reading of his will. It’s a little premature, it turns out. The dying old man steps into a secret room hidden by a one-way mirror and expires in an easy chair before he can be pronounced dead, officially becoming a missing person and delaying an official pronouncement of death by five years. Thus Trintignant and gathered company are stuck, responsible for keeping up the grand old castle until then.

Their solution is clever: they turn the old castle into a tourist attraction with a mix of old fashioned special effects and modern electronics. This it becomes the tool for a mysterious killer to start bumping off heirs in little “accidents,” using pre-recorded sounds and lighting cues to play upon the fears and imaginations of the increasingly shrinking pool of heirs. That’s about the time Trintignant sends his giddy girlfriend (Dany Saval) away and turns amateur detective even as he becomes a suspect. Marianne Koch co-stars as German cousin Edwige, who is conveniently off riding her horses when the murders occur, and Pierre Brasseur is Comte Hervé de Kerloguen, friendly but emotionally cool as he takes charge of the finances of their enterprise.

It was written for the screen by Pierre Boileau and Thomas Narcejac (authors of the books turned into Les Diaboliques and Vertigo) and they borrow from Cat and the Canary, And Then There Were None, and the thrillers of Edgar Wallace, especially in the presentation of the killer—close-ups of black gloves attached to a shapeless figure wrapped in generic trenchcoat and covered in a hat—that became clichés in the German krimis and the Italian horrors of the sixties that inspired the giallo. Director Franju has a love of dark fantasy (see Eyes Without a Face and Fantomas) but he also brings contemporary style and wit to the Gothic conventions inherent in the story. The massive castle makes a superb backdrop, an ancient thing filled with modern accoutrements and wired with spotlight and a PA sound system, and when they turn their tourist project into a piece of theater out of sound and shadow and suggestive lighting, it gives the film’s Gothic atmosphere a brilliant theatrical flourish. Where later horrors would focus on the gruesome details, Franju turns his set pieces into dreamy sequences where emotion and fantasy overcome logic, and his set pieces are lovely. The whole thing is handsome and elegant but not particularly involving, a genre exercise executed with great pinnace but little emotional investment.

The Blu-ray+DVD Combo pack presents the archival featurette, a 27-minute set visit featuring interviews with the director and actors made for French TV, on both formats.
Spotlight On A Murderer (2-Disc Special Edition) [Blu-ray + DVD] 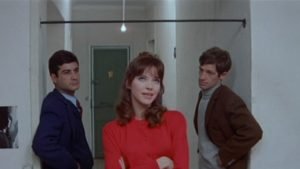