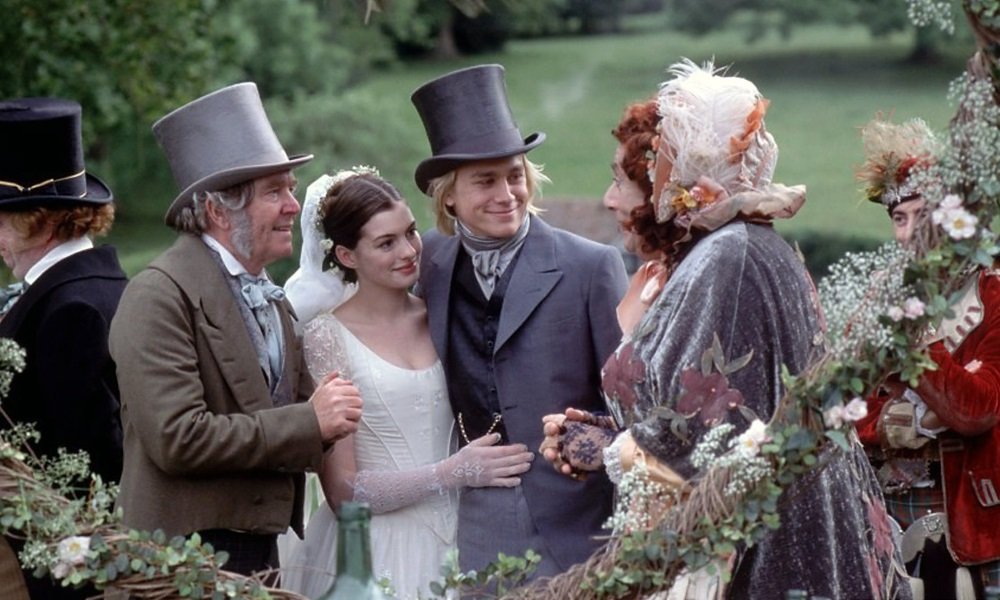 Nicholas Nickleby (Twilight Time, Blu-ray) (2002) – You can’t fault Douglas McGrath for his ambition. Determined to bring Charles Dickens’ 900 page semi-autobiographical novel to the screen, he condenses, chops, and briskly skips through what’s left of a dense pattern of improbably colorful characters, and still winds up with a Dickens of a tale.

The story of lionhearted young Nicholas (Charlie Hunnam in an early role), thrust into adult responsibility after the passing of his loving but financially inept father leaves the family broke, is a morality tale of the extremes of human possibility: the good, the bad, and the ugly squalor that hangs over anyone without money in a mercenary world. The most mercenary of them all is Ralph Nickleby (Christopher Plummer), the cold-blooded speculator whose advice bankrupted his dead brother and who now plots the humiliation and degradation of his impoverished kin.

Directed at a sprightly yet smooth pace, his adaptation packs an astounding amount of complications into just over two hours with deft efficiency. It leaves many of the characters sketchy (virginal sweetheart Anne Hathaway and kid sister Romola Garai, corrupt orphan predators Jim Broadbent and Juliet Stevenson, hammy traveling players Nathan Lane, Barry Humphries, and Alan Cumming, unfailingly kind guardian angels Timothy Spall and Gerard Horan, and devoted orphan Jamie Bell are just a few of the players) but McGrath’s inspired casting serves him well and he manages to keep the essence of Dickens intact. Broadbent, with a ruddy, sweaty face and one eye pinched shut, and Stevenson, whose vicious sneer almost never leaves her face, sketch out their characters in quick, bold strokes and a hearty joie de vivre. Lane doesn’t really play anyone other than Lane, but his eyes twinkle as he mugs every declaimed line like a precocious comic in Dickens’ court. Poor young Hunnam, anchoring such a cast of scene stealing veterans with a straight face. Almost as pretty as his young female co-stars, the blandly earnest Hunnam does his best to rouse the moral dander of blonde, straight-backed Nicholas to righteous indignation, but his exhortations of defiance (“I shall not allow this to happen!”) pale next to the wicked malevolence of Plummer’s dear Uncle or the anything-for-a-laugh mugging of Lane.

Amazingly, though the film still feels like a condensation of something much larger, McGrath keeps the essence of Dickens intact. The moral outrage at a medieval system of education, out of proportion punishments for debtors, and a society where the rich plant the boot of domination on the body of the poor frames (and is sometimes even in the center) of the energetic story. While the sprawling novel is better suited to the mini-series format (it was most famously presented in the 9 1/2 hour TV version adapted by the Royal Shakespeare Company from their epic stage production), McGrath deftly carves out an entertaining little piece.

Twilight Time delivers the Blu-ray debut of the film. Carried over from the 2003 DVD release is commentary by director/screenwriter Douglas McGrath, the documentary featurettes “Creating a Classic: The Making of Nicholas Nickleby” and “The Cast on the Cast,” and the multi-angle featurette “View on the Set” (which allows the viewer to toggle through alternate angles of five scenes). Exclusive to the Blu-ray is an isolated score and a booklet with an essay by Julie Kirgo. Limited to 3000 copies.
Nicholas Nickleby [Blu-ray] (Twilight Time Direct)
Nicholas Nickleby [Blu-ray] (Amazon Prime)