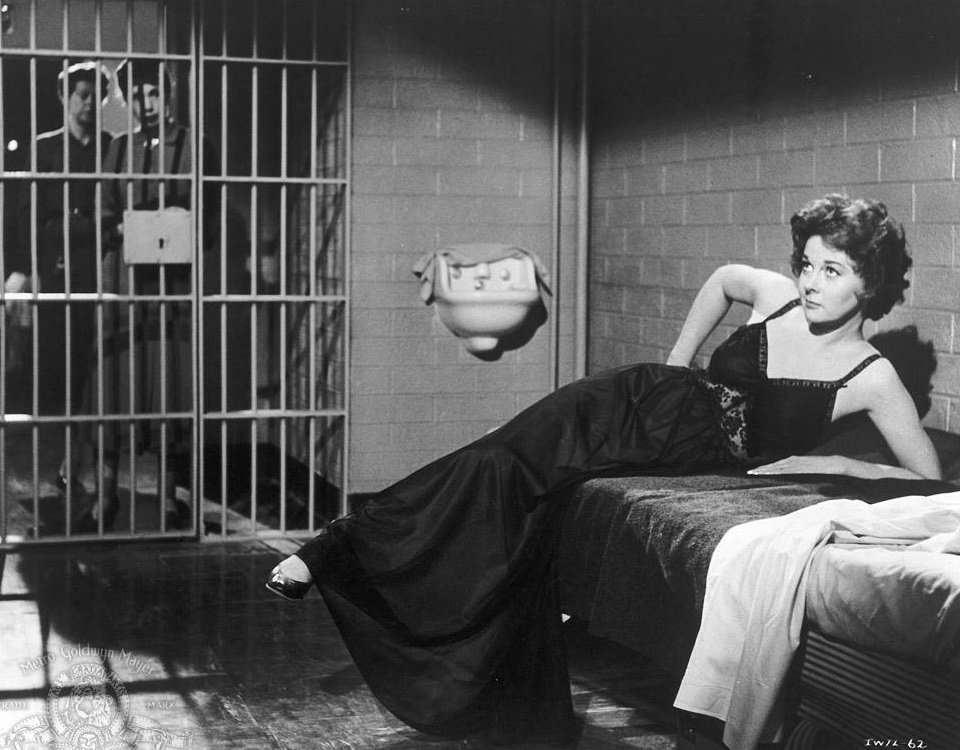 I Want To Live! (Twilight Time, Blu-ray), the 1958 drama based on the true story of Barbara Graham, the first woman sent to the gas chamber at San Quentin, gave Susan Hayward the greatest role of her career. Though the film was made under the strictures of the production code, it makes clear exactly what kind of life Graham led before her arrest for the murder of an 80-year-old woman, a crime for which she most likely was innocent. Prostitute, petty thief, grifter, perjurer, and all around small time criminal, she gave it up for marriage and family, which fell apart, and was then arrested along with her former partners in crime, who pinned the murder on her.

Hayward is all passionate and wit as Graham, who lives for the moment yet is honest and unapologetic and never betrays a friend or a partner, and the film, based on newspaper coverage of the case and the letters she wrote from prison, is on her side. Director Robert Wise directs with a mix of dramatic realism and film noir style and sets it to a jazz-inflected score by Johnny Mandel, which gives the film a jaunty energy. It’s intelligent, adult, and unflinching, making a powerful case against capital punishment while delivering a riveting drama. Hayward won the Academy Award for Best Actress, her first win after four previous nominations, and the film received five additional nominations. Simon Oakland (the psychiatrist in Psycho) plays newspaper reporter Ed Montgomery, who initially smeared her in the press then led the campaign for acquittal as he became convinced of her innocence.

The black and white photography is dynamic and theatrical and Twilight Time presents a superb transfer, crisp and strong, with deep blacks and good contrasts, giving a terrific sense of depth to the images.

The isolated score of this presentation includes an audio commentary segment by Mike Matessino, an associate of director Robert Wise. After a brief audio introduction, it picks up a little over half an hour in, the first major break in the musical soundtrack, and continues through the breaks for about 25 minutes with comments on Wise’s career and a few personal remembrances. Also features a booklet with an essay by Julie Kirgo. Limited to 3000 copies.
I Want to Live! [Blu-ray] (Twilight Time Direct)
I Want to Live [Blu-ray] (Amazon)