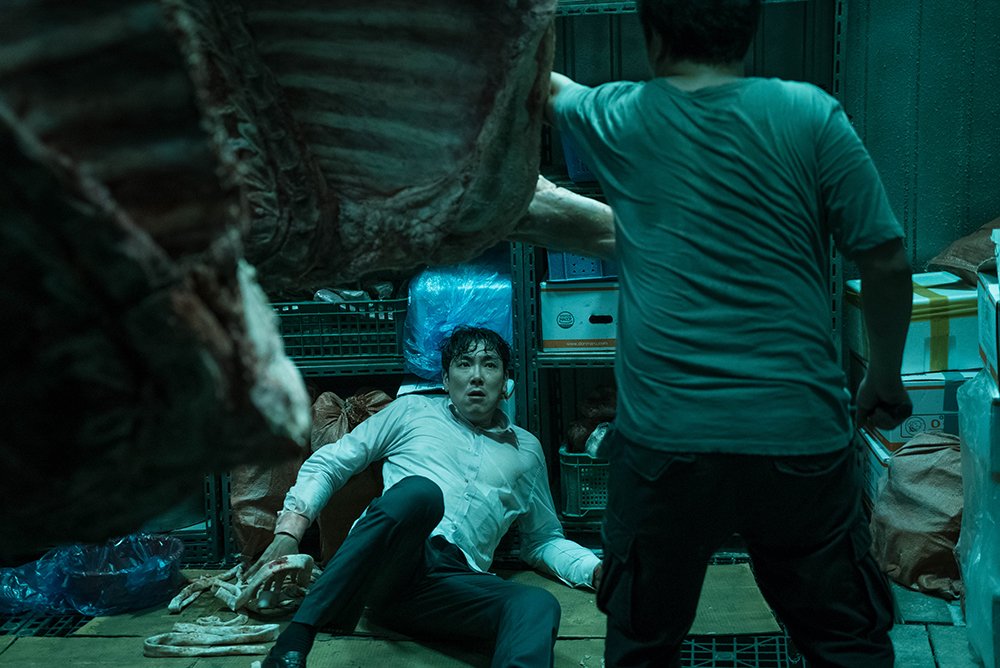 In Bluebeard (South Korea, 2017), a meek, newly-divorced doctor starting over as a junior staff physician at a clinic serving a largely elderly population become the unwitting witness to what appears to be a confession to a series of unsolved serial killings by an old man under sedation.

Dr. Byun Seung-hoon (Jo Jin-woong), already suffering from depression, becomes increasingly paranoid because the old man is the father of his landlord (Kim Dae-Myung), an amiable butcher whose shop just may be hiding evidence of murder. When the butcher’s wife suddenly goes on a trip and his own ex-wife disappears after visiting his apartment, he becomes determined to find evidence of their crimes. What appears to be a serial killer mystery then shifts into psychodrama as we question our increasingly unstable hero’s point of view as other witnesses chime in with contradictory stories.

The second feature from South Korean filmmaker Lee Soo-young, and her first film in over a decade, it’s a clever film full of surprises and revelations that constantly reframe our perspective. She creates an effective atmosphere of mystery and suspicion that shifts throughout the story and explores, however obliquely, issues of status and success and self-image that plague the doctor and his psyche. But it is also overlong and overburdened with narrative twists and intriguing ideas that overwhelm the themes. It blurs the border between nightmare and reality (the only scenes we can fully trust are two scenes caught on surveillance video) and the constant reframing answers some questions while leaving others hanging.

Not rated, Korean with English subtitles

, iTunes, GooglePlay and/or other services. Availability may vary by service.
Bluebeard [Blu-ray+DVD Combo]