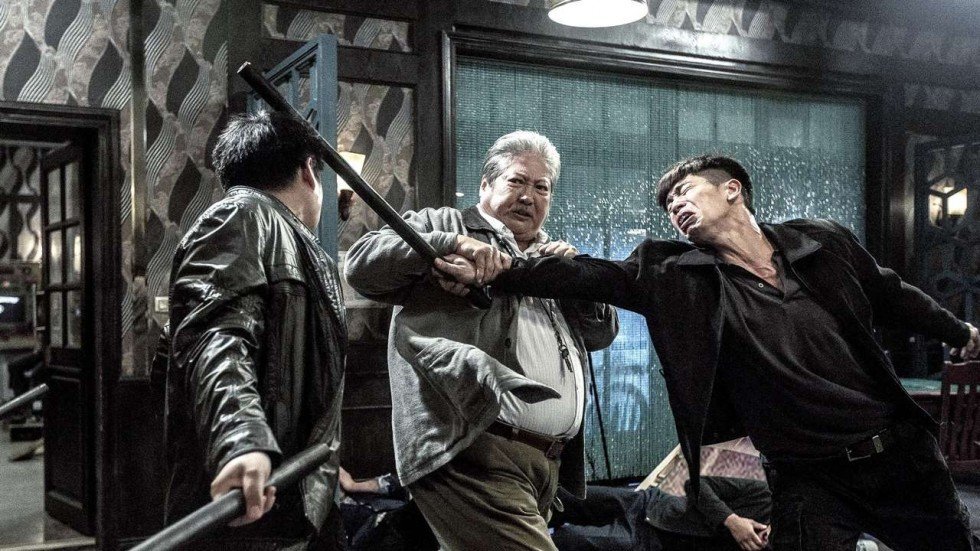 The Bodyguard (2016), originally titled My Beloved Bodyguard, is directed by Hong Kong martial arts legend Sammo Hung, who also stars as a retired special agent in a small town who is roused back into action when mobsters threaten the life of a young girl (Jacqueline Chan). He’s become a kind of adopted grandad; her father(Andy Lau) is a degenerate gambler and drunk and often simply absent. This is a classic Hong Kong marriage of weepy melodrama and brutal, bone-crunching action, and there’s a touching sweetness and tragedy to the story of the quiet, reclusive old man, a career soldier now abandoned by family and by his very mind. He’s suffering from dementia, slowly losing all of his memories and unable to even recall the names of his neighbors.

Hung is marvelous as both the slow, shuffling, soft-spoken old man with a wordless connection with the girl and the fighting dynamo who snaps into action out sheer muscle memory. If the melodrama gets a bit mawkish and weepy, the action tips in the other direction, right down to X-ray inserts of the snapping bones of bad guys (a trick lifted from Riki-Oh: The Story of Ricky). It takes a while for Hung to finally kick into gear—Lau carries the action until then in a lively but routine clash with mobsters looking to collect—but he’s a dynamo, still impressive after all these years. Hung was a buddy and frequent collaborator with Jackie Chan, a powerhouse performer in a stocky frame that becomes grace in motion, but he’s also a veteran screen actor and he gives those fight scenes a dramatic edge with a performance that suggests both instinct taking over and a flashback to a younger man powered by righteous anger.

It’s Sammo’s first film as a director in almost twenty years (though he’s been one of the busiest action choreographers in Asian cinema in the meantime, working on everything from Kung Fu Hustle to the Ip Man trilogy) and he gets a little help from his friends. Andy Lau, still a Hong Kong superstar in his own right, is also a producer and Sammo’s old buddies Dean Shek, Karl Maka, Tsui Hark, and Yuen Biao all have small roles, though sadly there’s no musketeers-like reunion. They’re basically just cameos.

and other services.
The Bodyguard [DVD]

On Blu-ray and DVD with a collection of short promotional featurettes with behind-the-scenes footage, all in Cantonese with subtitles.