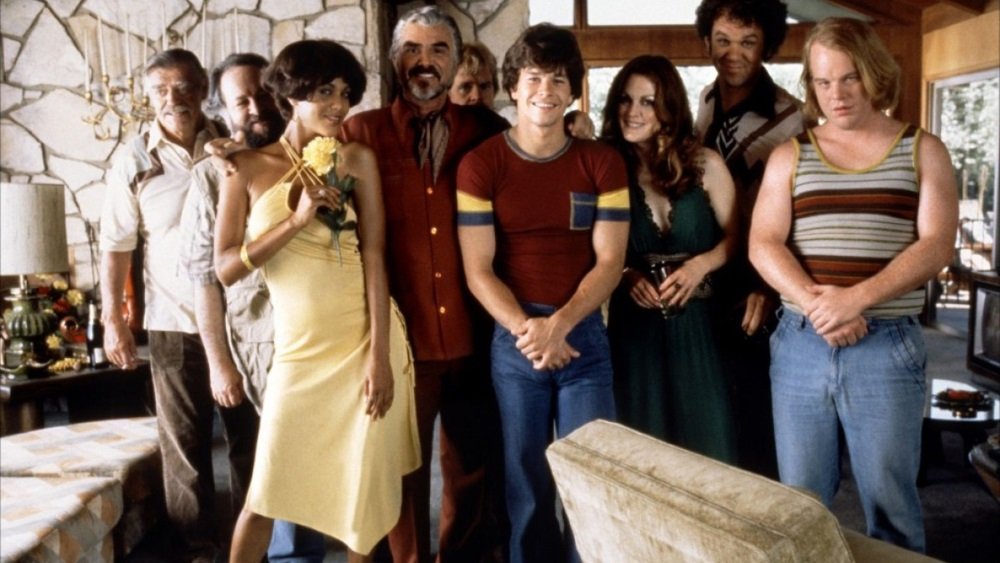 Boogie Nights (1997), the sophomore feature from Paul Thomas Anderson, is a surprisingly vibrant, funny, and at times quite warm story of a dysfunctional filmmaking family in the adult film industry of the late 1970s.

Boogie Nights is an impassioned and creative portrait of American souls in distress from a young, passionate filmmaker who threw himself headlong into his movies (his follow-up, Magnolia, pushes even further). Sure it’s a little too long, suffers from too many characters that aren’t fleshed well enough, and almost brakes to a halt in the pacing-impaired third act, but those are quibbles in such a dynamic piece of filmmaking.

By the time of There Will Be Blood, Anderson had honed his talents and his vision, creating images that look hewn out of the rock of his landscapes and stripped of all but the elemental essence of his film. This is different, the ambitious explorations of a young artist excited to embrace the possibilities of the tools at his disposal, and for all the self-indulgence and unrealized ambition, it is an exciting, enthralling work of storytelling that is carried along by his delight in filmmaking itself as much as by the stories.

and other services. Availability may vary by service.
Boogie Nights [DVD]