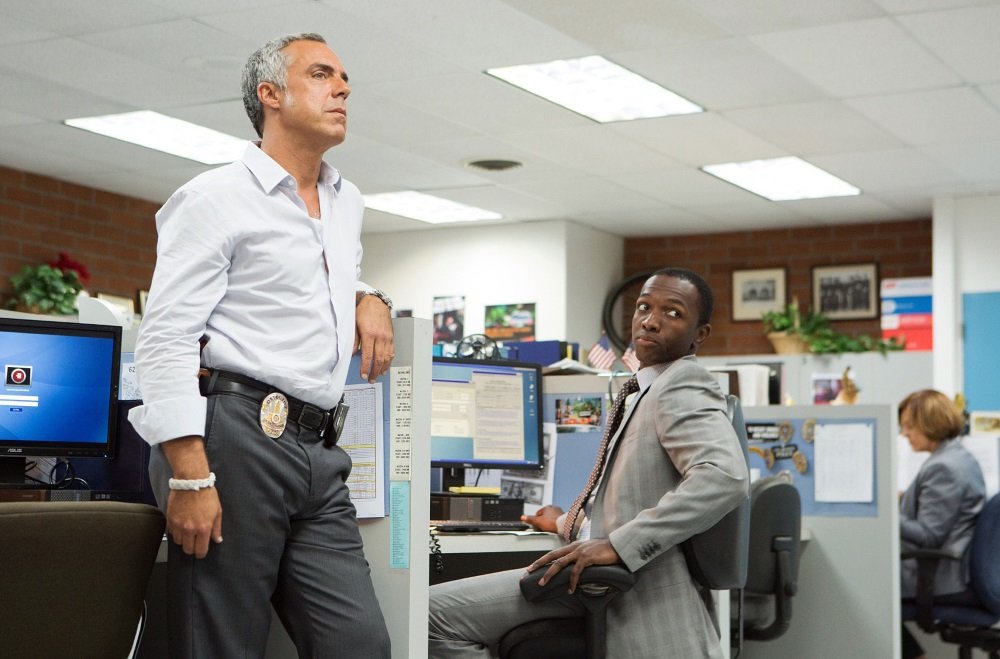 Amazon Prime is still playing catch-up with Netflix when it comes to original series, especially those that strike a chord with audiences or, better yet, become part of the popular culture conversation.

Bosch, based on the novels by Michael Connelly and starring Titus Welliver as LAPD Detective Harry Bosch, isn’t quite at that level but in its second season it confirms the promise of the first. It’s a solid, involving, engaging small screen equivalent of a modern American crime fiction and the full season drop (following the same model as Netflix in releasing the entire season at once) lends itself not so much to binge watching as to taking in an episode or two a night like reading a novel.

This season picks up six months after the Season 1 finale, with Harry coming off suspension (he pushed another officer through a window but, come on, guy had it coming) and getting back in the field with his old partner Jerry, aka J. Edgar (Jamie Hector). They immediately catch a murder that leads to a pornography mogul and gets tangled up with the Armenian mob and a crew of crooked vice cops. The case takes Harry to Las Vegas and puts his wife (Sarah Clarke), a former FBI profiler turned professional poker player, and daughter (Madison Lintz) in the crosshairs.

Welliver is suitably taciturn and dogged, not above letting his moral judgment show but never one to reveal his hand, He knows the score, when to push and when to hang back, and Welliver carries the miles on Bosch well. He’s battle scarred but undaunted and he still believes in justice, which makes him something of an idealist in a culture of political gamesmanship inside and outside of the department.

Season 2 is a little stronger than its first season, thanks to a story that brings out more colors from Bosch and more action on the screen. The threads of the stories (the season is adapted from the novels “Trunk Music,” “The Drop,” and “The Last Coyote”) comes together neatly without feeling overly tidy or contrived and the elements of chance and chaos are sparingly but effectively applied. It’s got a deliberate quality when it comes to the job of police work and a bare-knuckle edge even in scenes where the fists are held in check. And the guest cast this season features solid work from Jeri Ryan, James Ransone, Matthew Lillard, and especially Brent Sexton as a former cop turned security man at a gated community, a fellow seems a little too interested in Bosch’s investigation.

Bosch doesn’t break any new ground but it deliver this brand of lean, clean detective storytelling in a murky culture better than anything else out there. Developed for TV by Eric Overmyer (a veteran of American cop TV from Homicide to the Law & Order franchise to The Wire) with Connelly, the show has that practical, non-nonsense quality of Connelly’s fiction and the shades of gray when it comes to the morality of justice. And it stands out for its superb use of Los Angeles, giving us a different visual take on the city that feels right and looks great. It’s a handsome show that steers clear of the glitz.

And, of course, the first season is also available.