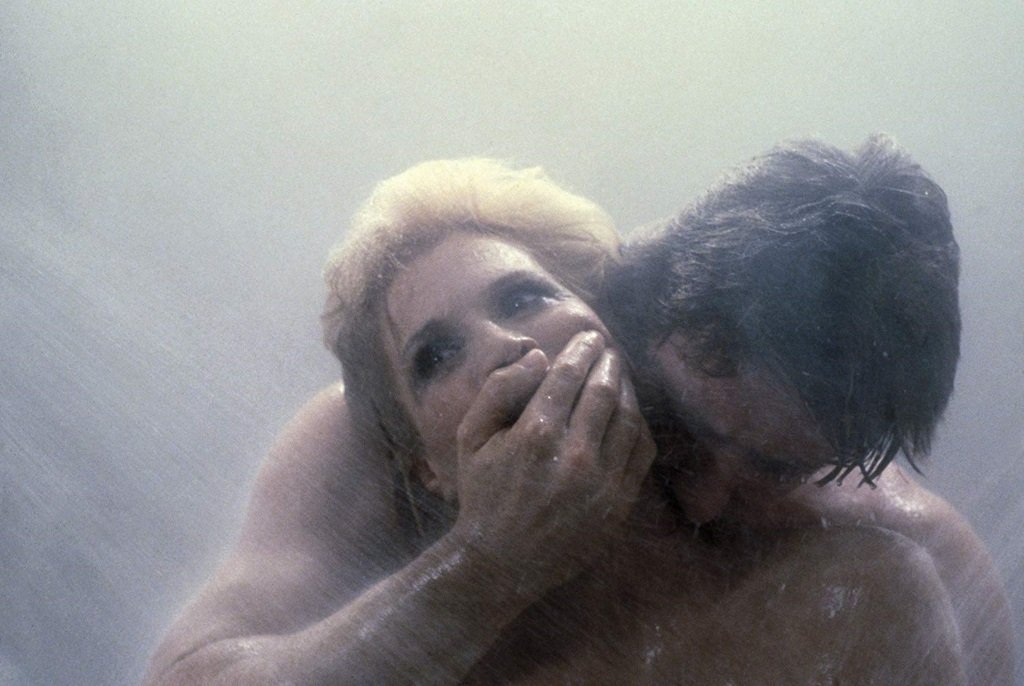 Dressed to Kill (1980), Brian De Palma’s signature thriller and one of his best films ever, has been called De Palma’s take on Hitchcock’s Psycho and the parallels are undeniable: a sexually independent heroine (Angie Dickinson) who is murdered in the opening act, the amateur detectives (Keith Gordon and Nancy Allen) who team up to find the mysterious killer, a play of doubles and doppelgangers and characters in reflection, even a psychiatrist who “explains” it all in the end.

But to leave it there is a disservice to what De Palma does with these shared fascinations. This is no copy or rehash of Hitchcock but a clever spin on a classic by a filmmaker who has a distinctive sensibility and style.

No one has been as fascinated with the idea of looking in cinema, the play of voyeurism and sexuality and power, and the layers of anxiety and excitement in watching and being watched, since Hitchcock. And few have married the mechanics of suspense with such cinematic grace as De Palma, whose silky images and deliriously choreographed moving camera takes are both beautiful and unnerving, and not just in matters of tension and surprise. The anxiety and anticipation that De Palma reveals in his obsessive observation is as thrilling as the shocks and surprises and dramatic turns in the plot. It’s not just about watching, but why the different characters are driven to obsessively surveil others, and De Palma works how the knowledge of being watched affects the observed into the weave of the drama.

Michael Caine stars as the psychiatrist at the center of the web of characters and De Palma favorite Dennis Franz co-stars.

, iTunes, GooglePlay and/or other services. Availability may vary by service.
Dressed to Kill (Criterion Collection) [Blu-ray]

On Blu-ray and DVD from MGM and Criterion. The MGM Blu-ray features the unrated version of the film only and offers a short comparison of scenes from the unrated, R-rated and network TV cuts of the film among the supplements (all ported over from the previous DVD special edition). Laurent Bouzreau’s 42-minute “The Making of Dressed to Kill” cleverly uses De Palma’s own split screen style for effect, the nine-minute “Slashing Dressed to Kill” investigates the ratings battle over the film, and “Dressed to Kill: An Appreciation by Keith Gordon” is just that from co-star and now veteran director Gordon: “Brian has a chess player kind of mind.”