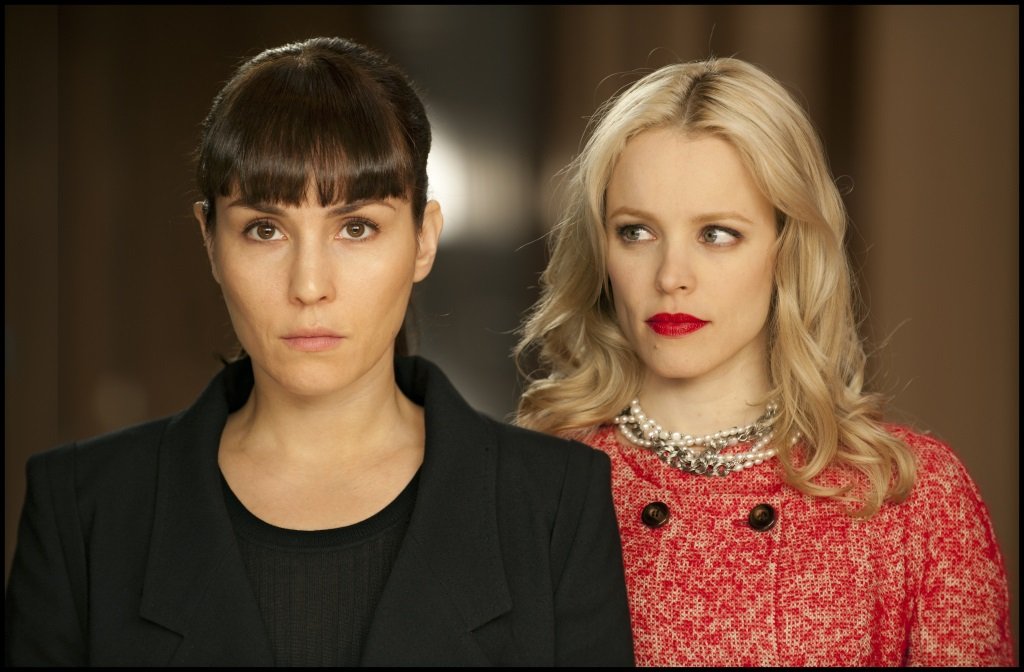 There isn’t a lot of passion in Brian De Palma’s Passion (2012, R) but there is a love of kinkiness, flirtation, sensation, and the thrill of playing big business games and an odd intimacy that we don’t always get in De Palma’s coolly observed, stylistically exacting cinema. The opening scene has an easy intimacy of colleagues (Rachel McAdams as boss Christine and Noomi Rapace as trusted assistant Isabelle) with their respective guards down, or so it seems. “There’s no backstabbing here, it’s just business,” claims Christine after taking credit for Isabelle’s idea, and her attitude suggests that she really believes it. The newly-promoted Isabelle, however, takes it personally, something between a betrayal and a personal affront, and Isabelle’s new assistant (Karoline Herfurth) fans the flames of vengeance. When she kisses Christine on the lips, it’s not a seduction or a forgiveness. She’s planting the kiss of death.

It’s a remake of Alain Corneau’s 2010 French thriller Love Crime with Ludivine Sagnier and Kristin Scott Thomas but De Palma, who scripts the adaptation, goes his own way with the material. He plays with perceptions and perspective, choreographing his camera with the grace of a dancer and the precision of a surgeon. And when he finally executes a trademark extended split screen, with the ecstasy of watching a ballet set next to the cold-blooded murder of rival, it is a piece of theater, a sex game, a fever-dream fantasy, and a Hitchcockian set piece by way of a De Palma dance of death. Longtime collaborator Pino Donaggio provides another ultra-lovely romantic score.

Those looking for logic and psychological subtlety should look elsewhere, but if you like De Palma’s larger-than-life plays of power and desire and retribution as melodramatic ballets of cold-blooded elegance, this is for you.

, iTunes, GooglePlay and/or other services. Availability may vary by service.
Passion [Blu-ray]