Brick (2005), the debut feature from Star Trek: The Last Jedi filmmaker Rian Johnson, puts the collected works of Raymond Chandler and Dashiell Hammett in a blender with a jigger of teenage melodrama and pours it into a high school mold.

Joseph Gordon-Levitt plays things so close to his chest that he’s almost unreadable as Brendan, a teenage loner turned self-appointed detective who exudes private eye cool and a cowboy’s sense of justice. As much old school as high school, he hangs outside the shallow cliques of his Southern California High School but can spar with them all—the hipsters, the punks, the vixens, the jocks—on his own terms. That comes in handy as he investigates the murder of his former girlfriend.

His odyssey down the mean streets of suburbia and the shadowy halls of higher learning takes him to both the school elite, lorded over by a seductive femme fatale (Nora Zehetner), and the underground drug trade. The latter is ruled by the weirdly weaselly twentysomething drug lord The Pin (Lukas Haas), a junior league villain with a limp, a cane, and a doting mom who pours glasses of fruit juice before high level negotiations from his suburban home’s basement office.

Brick is utterly contrived and makes no apologies for it. Johnson doesn’t play it for laughs but there is a knowing humor in the way he toys with crime movie iconography, from his stylized jargon (equal parts hard-boiled metaphor and imaginary teenage slang) to the tract home and soccer mom milieu.

Sure, much of the supporting cast never quite breaks out of their self-conscious poses in their amateur league version of cocktail hour sophistication and affected tough-guy attitude, but the concept is clever and Johnson’s brisk editing, dynamic camerawork and snazzy transitions has fun with it all. It makes for an inspired time-warped teenage film noir.

, iTunes, GooglePlay and/or other services. Availability may vary by service.
Brick [DVD] 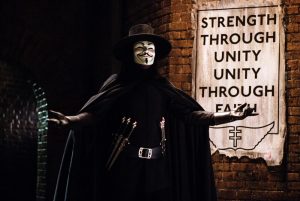 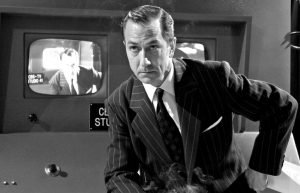 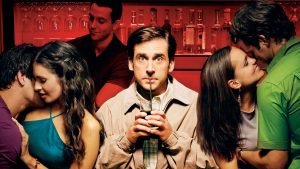