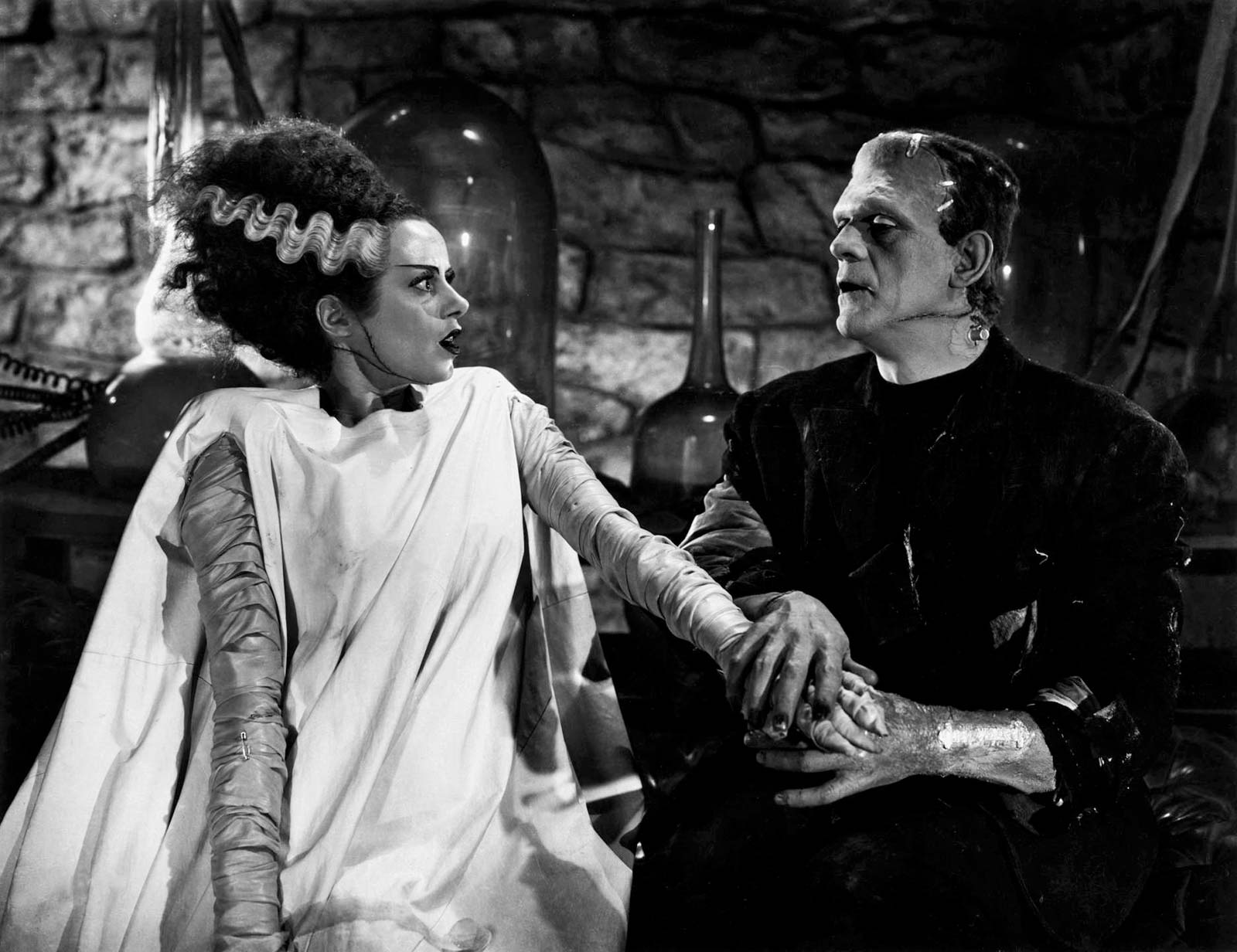 Director James Whale did not seek out the sequel to Frankenstein but he turned out a horror masterpiece with Bride of Frankenstein (1935), a delirious sequel that tops the original. The screenplay draws additional story elements from Mary Shelley’s novel, which are reworked for Hollywood, and weaves them in with a new, original character: Dr. Praetorious (Ernest Thesiger), a truly cold-blooded mad scientist who blackmails Dr. Frankenstein (Colin Clive, reprising his role) into continuing his work.

But it’s still the Monster’s story and Boris Karloff wrings even more pathos from his plight as he stumbles around alone, hunted, and hated by everyone. When he’s befriended by a blind hermit, you can feel the childlike joy in every move Karloff makes. The scene was hilariously parodied in Mel Brooks’ Young Frankenstein but the original may bring you to tears.

The baroque blast of stylized design, gothic hysteria and black humor teases, terrifies, and raises the drama to operatic levels. Elsa Lanchester’s hissing, birdlike performance makes the Bride as memorable as any character with mere minutes of screen time and her fabulous shocking hairdo has become iconic. It’s the pinnacle of Universal horror: the quintessential mad scientist laboratory buzzes and sparks back to life for a horror tale both poignant and black humored.

It earned an Academy Award nomination for sound recording and was added to the National Film Registry in 1998.

Also on Blu-ray and DVD and on SVOD through Amazon Video, iTunes, GooglePlay, Fandango, Vudu and/or other services. Availability may vary by service.
The Bride of Frankenstein [Blu-ray]

The Bride of Frankenstein [DVD]